Yoga Metal? Yellowstone Apocalypse At The Friendly Tap In Berwyn Just May Have Created A New Genre 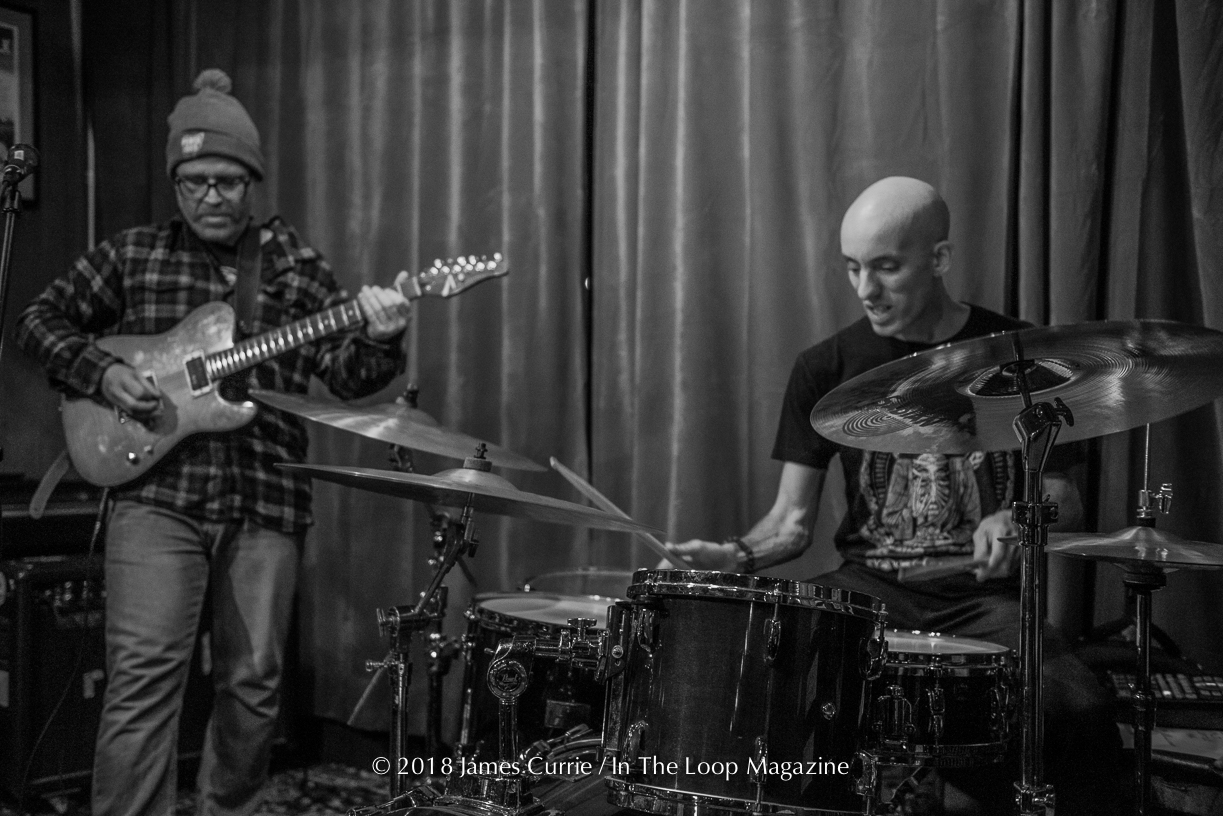 Based in Cleveland, Ohio, Sludge/Stoner/Doom metallers, Yellowstone Apocalypse, recently visited the Chicago area. The intimate crowd at The Friendly Tap in Berwyn experienced a special performance by the midwestern duo. Comprised of Mike Sopko and Joe Tomino, the group is currently on tour in support of their self-titled debut album which released late last year.

Yellowstone Apocalypse is the latest project from drummer Joe Tomino who is also from acts such as Dub Trio, Togishi and has backed bands such as Peeping Tom and most notably, Matisyahu. Guitarist Mike Sopko is a founding member of numerous bands including $pellcheck, Togishi, Glimpse Trio, Cascading Liquid Rainbows, And Then Came Humans, and The Golden Measure. Sopko has recorded and performed with musicians such as Bill Laswell, Dosh, Los Lobos, Thomas Pridgen, Dave King, Tyshawn Sorey, Hideo Yamaki and more. The combination of talent really brought out some spectacular Sludge/Stoner/Doom to the midwest.

“We wanted to come up with something really slow, like 15 BPM. We jammed out some beats and things just kind of flowed.” said Tomino. “If I had to describe it’s style or influence in one word, Yoga.” He went on to say, “It’s like meditation. We can just groove on it.”

Interestingly, the group’s songs have no lyrics in them. The night proved that words aren’t needed to create an impact as equally as this two-piece goodness. Making no special entrances, the duo immediately kicked off the heavy, slow noise and all eyes were on the stage. Throughout the course of the night, there were a few samples/snippets that combined along with the band’s tracks to create a more mystical atmosphere.

“Joe got me into Yoga a while back.” Sopko said. “We knew we wanted to work on something new together and this sound just worked for this time and moment.”

A more sensory approach is recommended when watching this solemn act rather than just presenting an auditory undertaking. Think of Black Sabbath, except, slower, darker, heavier and more modern with dashes of psychedelic influences. Lots of bluesy type riffs are prevalent and monotonous drumming really make for a perfect combination.

Fans of bands such as Kyuss, Electric Wizard, Baroness, Isis and more certainly should indulge in the hypnotic and almost dysphoric soiree that the group presented. While many bands in the genre come and go, it’s certain that Yellowstone Apocalypse have some potential about them. If you’re not a fan or never indulged in such genres, a more ‘enhanced’ experience may alter your conscience. Take that any way you want, be sure to be on the lookout for the return of Yellowstone Apocalypse.

The band is on a micro tour right now. This in between their other projects. They still find time to practice yoga whenever they can. Joe Tomino is also an incredible vegan chef. His life is about creation, serenity and peace through many aspects. Maybe one day we’ll see him hosting his own cooking show on TV. In the meantime, there are many ways to check out what they are doing. Click below to find out more.