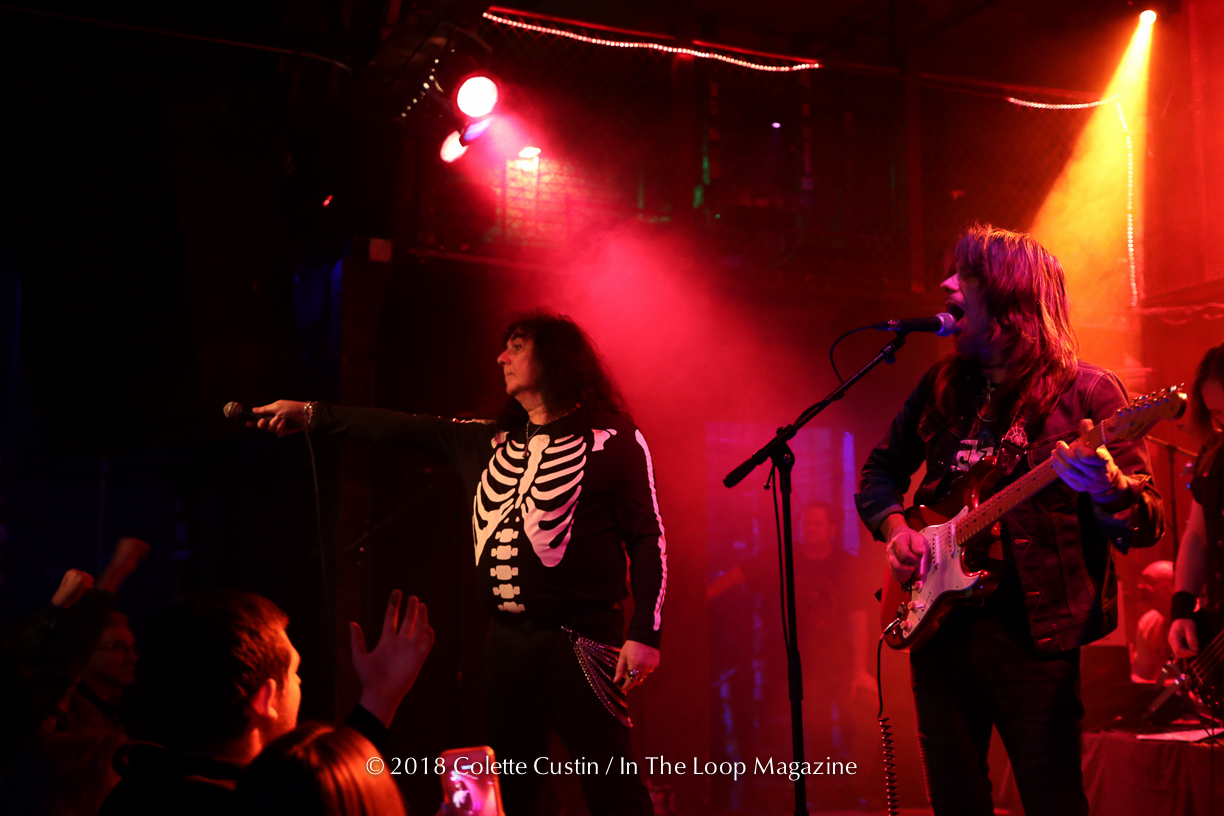 The New Wave of British Heavy Metal movement of the late 70s and early-mid 80s gave the rock and metal world some of the most recognizable and influential names in the genre: Iron Maiden, Def Leppard, Venom, Angelwitch, and Diamondhead among them. But for every band that garnered sustained international acclaim, there were a handful of others who, in spite of strong efforts, never reached the same level of full-on notoriety in the states – which is why getting the opportunity to see speed metal progenitors Satan at Reggie’s was a treat for all involved.

Playing to a dedicated crowd of die-hard metal fans who knew the words to every single song—always great to see—the U.K. quintet delved into new album Cruel Magic at several points for tunes like “Into the Mouth of Eternity” and single “The Doomsday Clock,” and the setlist offered a solid balance of old and new alike (‘new’ being relative, given the band’s return in 2011 and the three stellar albums that have followed), highlighting Satan’s finely honed approach to classic ‘power’ metal and early thrash; vocalist Brian Ross introduced nearly every song with thoughtful appreciation before launching into wails that called to mind early Bruce Dickinson on tunes like “The Devil’s Infantry” and futuristic musing “Twenty Twenty Five.”

The foundation of any good metal band, one could argue, is in the frenzy of its guitar attack – and guitarists Steve Ramsey and Russ Tippins delivered on all counts, trading licks and riffs as Ross stalked the stage and eliciting devil horns from front to back. Crunching through early monsters like the twin towers of “Trial by Fire” and “Blades of Steel” from 1982’s Court in the Act, Satan have all the signs of a band that hasn’t aged in the forty years since they started – if not proof of a deal with their namesake, then proof that they still have what it takes to compete with the best in the genre.

For more on Satan, the tour and music, click here

For photos of the show at Reggies, click here

Into the Mouth of Eternity

The Fall of Persephone

Alone in the Dock