Belly Return To Form With New Album, Cult Following And Mini Tour That Ends At The Vic 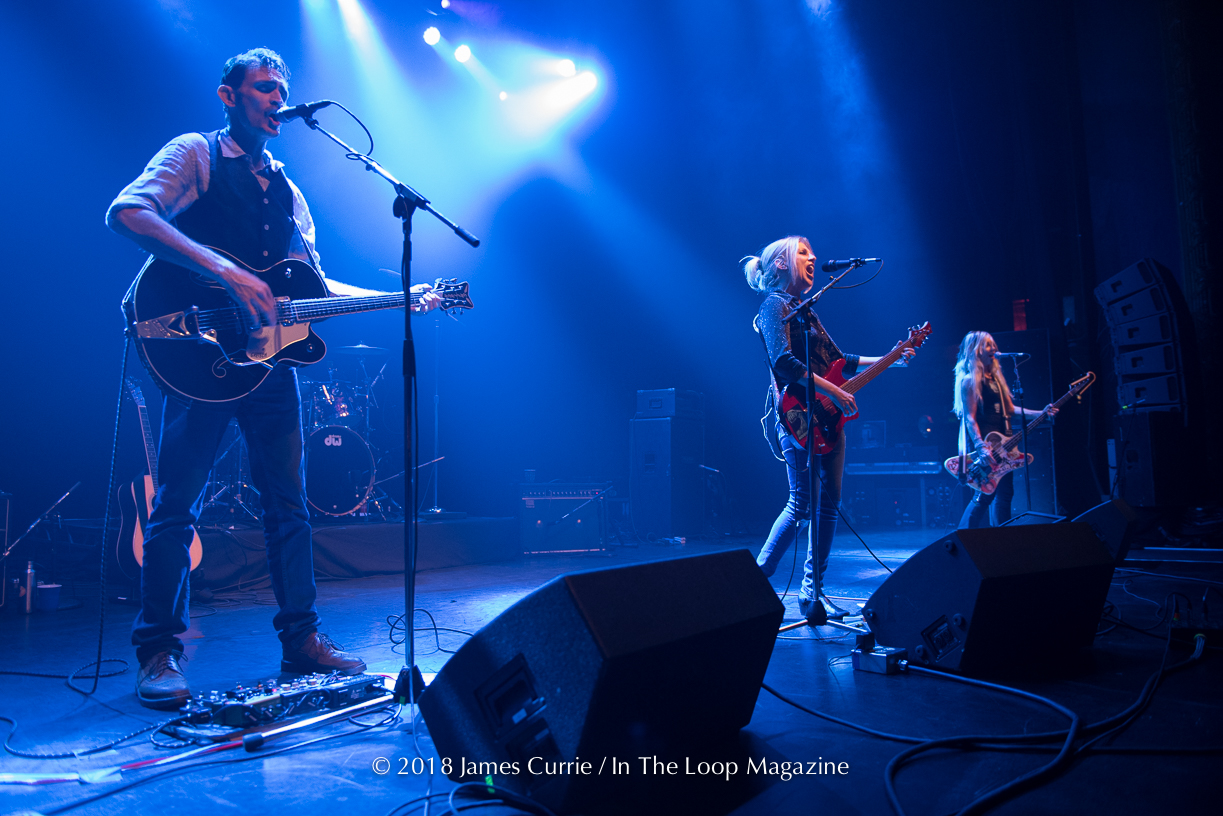 The East Coast Alt-Rockers Belly may have only been a band that was around for five years in the nineties that released just two albums, but that doesn’t mean they aren’t experienced and beloved. That’s right, the alternative pop quartet from Rhode Island that is Tanya Donnelly, brothers Chris and Thomas Gorman and wild-woman Gail Greenwood have a fan loyalty the Grateful Dead would be proud of. At tonights show at The Vic, we learned that the loyal fans in the front row came from far and wide to see the band perform their final show of the tour. These fans gave an emotional show of support and came from Florida, New York and California. And they didn’t stop showing their support for the band until long after the show as most stayed for the afterparty meet and greet.

Belly are back and on tour for their latest and third album, Dove. Not counting the 2016 mini tour reunion, this after a 20 year hiatus. And they are on top form. Donnelly’s vocals are still right there in it. Chris Gorman is a rhythm machine. Thomas fills in the backing vocals a guitars while Greenwood thumps the low end, vocals and energy of two.

Tonight they were ending the tour on a high note. Recording the concert on video for a later production. This would be the bands first live concert video ever and from the fans response, a warmed welcomed one. This performance proved to be one to capture as the band seemed fresh, animated and having fun with it.

We were treated with all the tracks we remember and several new ones as well. Classics like “Feed The Tree”, “Gepetto” and “Super-Connected” were the highlights that got the crowd jumping, singing along and cheering for more. New tracks like “Faceless” and “Artifact” of Dove are destined to be classics in due time.

Throughout the night, we were greeted with shirt stories like Tanya’s “fingers to the sky pose” (that garnered an audience response of agreement), fans along the tour and how the new album and songs came to be. As well as funny qualms about life on the road. This all during the twenty three tracks played live.

The band promised to be back someday soon as this may have been a test of the waters tour. From the turn out, Id say it was a success.

For more on Belly and any future shows, click here

Setlist: Belly live in Chicago at The Vic Theatre October 6, 2018

2 thoughts on “Belly Return To Form With New Album, Cult Following And Mini Tour That Ends At The Vic”