Concert Review: The Charlatans Keep The Resurgence Of BritPop Alive As The Play The Bottom Lounge 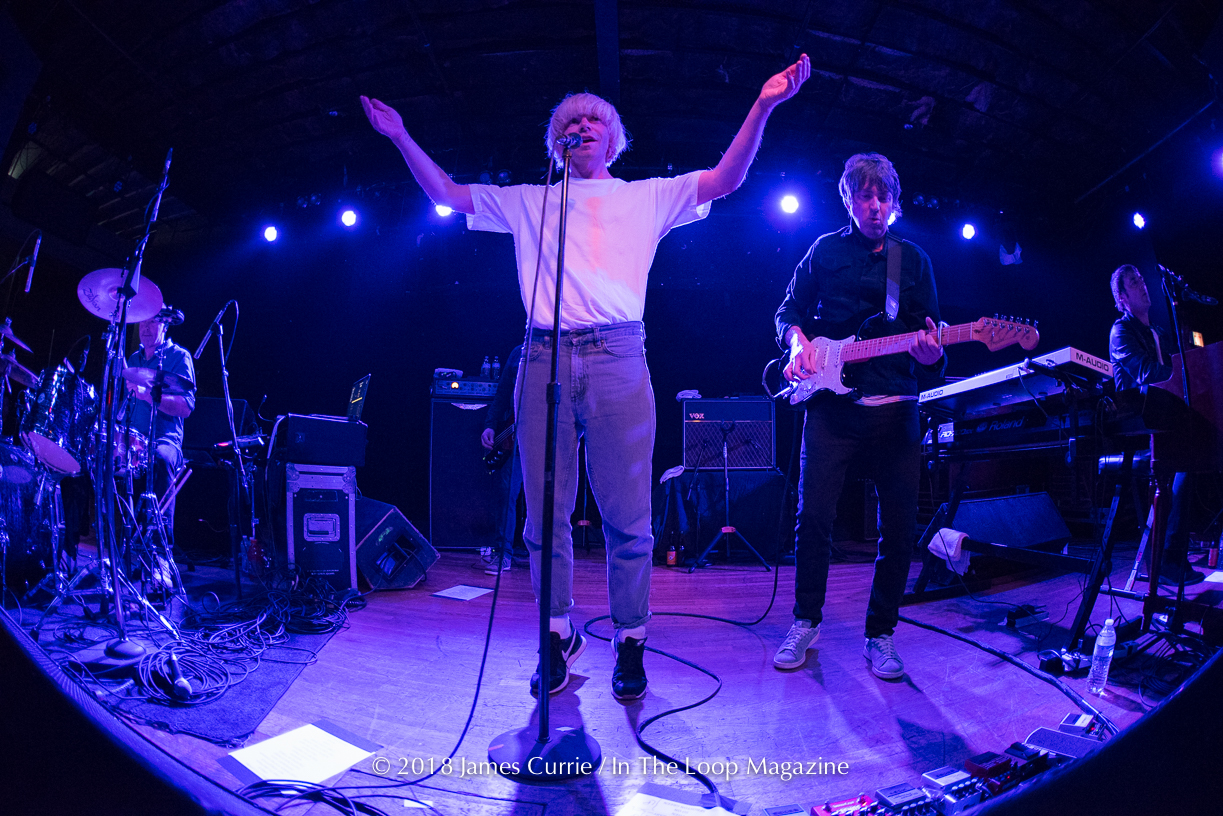 If 2017 was the year of resurgent post-punk, then 2018 is the year of a resurgent interest in Britpop. With bands such as Slowdive, Stereophonics, the Jesus and Mary Chain, and the Gallaghers themselves appearing in Chicago throughout this year, it came as no surprise that another great English band would arrive in the city. This time, as in yesterday at the Bottom Lounge, it was the great Manchester band, the Charlatans. Contemporaries of the Stone Roses and the Happy Mondays, the Charlatans belonged to the “Madchester” scene in the late eighties and early nineties that set the stage for what became the Britpop boom exemplified by Oasis, Blur, and the Verve. Their legendary album, Some Friendly and their equally legendary hit, “The Only One I Know” firmly entrenched them in the vanguard of the British music scene when it was released in 1991 and also in Britpop history. Their funky and rollicking melodies stretching across thirteen albums and a near thirty-year span immortalized them in the hearts of music fans around the world.

While many still dream of a day when the Stone Roses will reunite, the Charlatans were in fact, what the Stone Roses would have been had they been more prolific and had an organ. In fact, when many bands in the “Madchester” scene went out in a blaze of drugs, self-destruction, and bad decisions, the Charlatans emerged unscathed and continued crafting terrific Britpop gems buoyed by their bouncing energy, groovy organ, and Tim Burgess’ hair. Essentially, the Charlatans are a band whose entire body of work is never a letdown. After seeing them play in Chicago in a rare Stateside appearance, their energetic live performance was something every fan in the audience will treasure and brag about at the next show they go to.

When I arrived at the Bottom Lounge, it was clear that the show was going to be something spectacular. All the people there were clear Britpop fans who all brought with them memories of seeing other great English musicians and bands such as Johnny Marr, Ride, and of course the Smiths. Thinking that the Charlatans never toured the US, I was surprised when some guys told me of when they saw them in New York in 1998 or sometime later and regaled me with tales of Tim Burgess’ eccentricities such as performing in a heavy jacket in the harsh New York summer. Whatever his deal was, I replied, he earned it and also, I was just there for Burgess’ hair. After sharing a laugh, we all hunkered down for the show to begin.

The band that opened up for the Charlatans, was a band called Frankiie from Canada. Made up of four women, Frankiie’s dreamy melodies and layered harmonies reminded me of the Staples, the Band, and the Growlers. While not the ideal band to set the stage for a lively act like the Charlatans, Frankiie nevertheless put in a solid performance. Their lush and measured instrumentation provided a nice change of pace from the usual raucous and underwhelming opening acts I have seen at several shows. More importantly too, the band members looked like they were having fun playing a packed house. Being that it was their first Chicago appearance, Frankiie looked confident playing onstage, joking with themselves and the audience while also hyping everyone for when the Charlatans would take the stage.

When it came time for the sons of Manchester to appear onstage, the members strode right to their places and immediately launched into their set. Tim Burgess and his bright-blonde locks walked on alongside his bandmates, opening with the song “Totally Eclipsing” from their recent EP of the same name. As the organ kept the funk going, the guitar roared and the drummer crashed out those great, bouncing rhythms that characterized the Charlatans across their career. While a bit worn, Burgess’ reedy vocals settled comfortably as the band played. Things were going well with each thrust of Tim Burgess’ hips to the music, until around the third song when the energy of the show skyrocketed past eleven. The catalyst of this change was the absolute banger “One to Another” off their album Tellin’ Stories. The relentless piano and the frantic pace of the song along with its bouncing rhythm was a sign of the band’s potent vitality. Furthermore, it seemed as if the set really began when this song kicked off, as the lights flashed in time with the band’s playing and everyone next to me started dancing. If it weren’t for the signs discouraging moshing or crowdsurfing, “One to Another” would have been the perfect time to do so. In addition, the Charlatans kept the energy going afterwards as their set continued with the jangling ballad “Just When You’re Thinkin’ Things Over” and the Manchester ode, “North Country Boy”. When it came time for their smash “The Only One I Know”, the guy next to me slapped my shoulder repeatedly and screamed,” This is the one we all came here for!” As the organ belted out the opening lick to the song, Burgess stood at the front of the stage with his hands outstretched as if to signify that from him, the Charlatans, and this song emanated the entire onslaught of the great Britpop movement. Also, it seemed to be a reminder that even in this changing tide of musical tastes, “The Only One I Know” would stand strong forever much more so than Oasis’ “Wonderwall”. Symbolism aside, “The Only One I Know” was the one song to rule them all. The play between the organ and the guitar sounded better live and coupled with the energy from the audience, the song became absolutely stunning. Later on, the band returned for the encore, finishing with the great “Then” and the energetically lovelorn “Spruston Green” off of Some Friendly.

Altogether, the Charlatans put on one of the best performances I have seen this year. For the longest time, I believed that in order to see them I would have had to go to England, but luckily such was not the case. After almost thirty years, the Charlatans’ energy and knack for playing some of the best music has thankfully not abated. Although Burgess’ vocals seemed a bit thin, the band still possessed that vitality and everyone in the audience felt their energy spill out onstage. The set, quite simply, was perfect even though they did leave out “Over Rising”, which was more than made up for with “One to Another”
and “The Only One I Know”. Regardless, it was a great night to be at the Bottom Lounge and a Britpop fan.

For photos from The Charlatans live in Chicago at The Bottom Lounge, click here

Setlist: The Charlatans live in Chicago at Bottom Lounge September 25, 2018