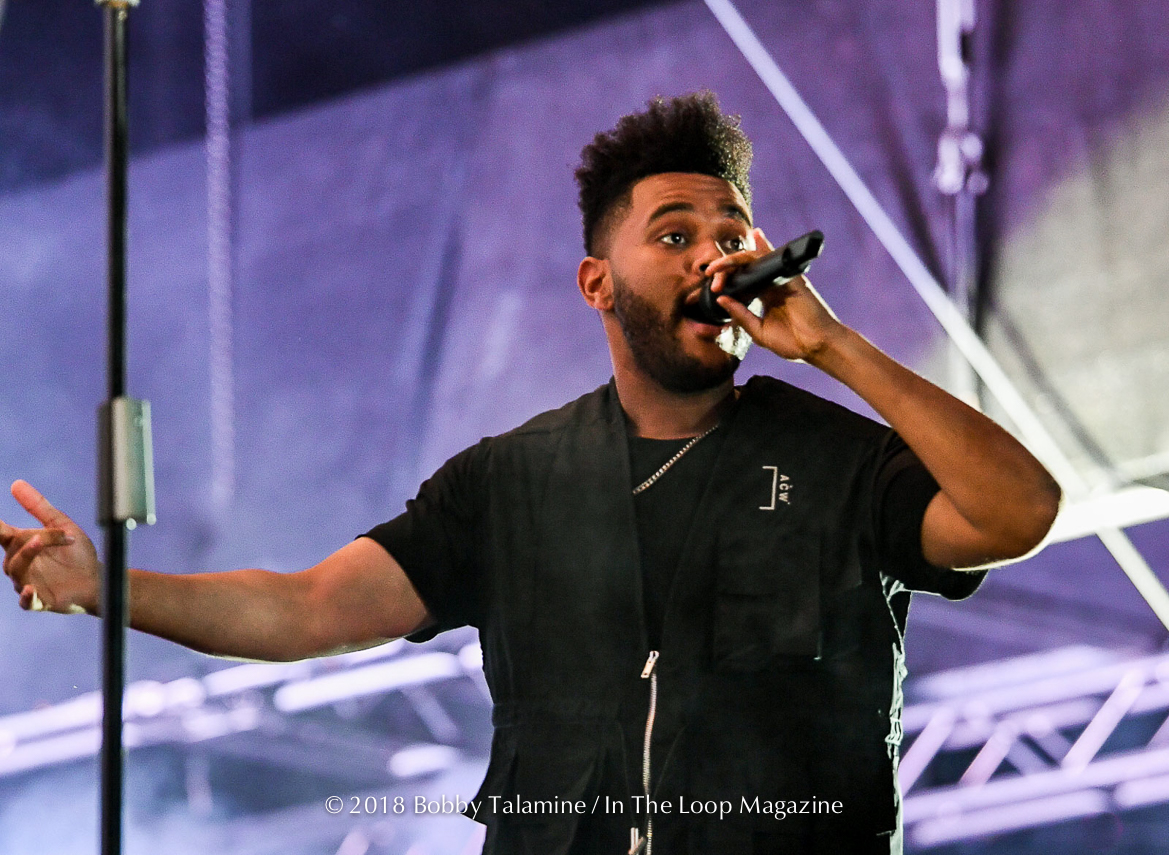 Day two of the Lolla festival was my favorite day thanks to the performances by Post Malone, and Dillion Francis.

I underestimated the numbers of festival goers who attended Post Malone’s set over at the Bud Light stage, much to my surprise I found myself weaving through the crowd just to find a decent spot. From beginning to the very end Post Malone gave it his all and had the audience captivated song after song. Of course, we couldn’t and didn’t expect less from the young MC who performed tracks such as White Iverson, Better Now and I fall apart.

By 2017 Dillion Francis became one of the few artists who were averaging over 4.9 million monthly streams on Spotify alone. So, his time here in Chicago for Lollapalooza 2018 came in no surprise. Dillion Francis shut down day two of Lolla over at Perry’s electronic stage, giving us tastes of his versatile music catalog. His set was perfectly paired with a great light show and matching effects.

His set was not only paired with great visuals but it was also a well ran show, his energy truly manifested and matched those in the crowd who were eagerly singing after the Canadian star.

To top off his set there were well accommodation areas for those with no hearing or bad hearing throughout both sides of the stage and screens. The Weeknd’s set was packed with a number of top charting songs and singles. To name a few, there were songs from his Trilogy mixtapes, to Starboy, Pray For me, and his latest single from Dear Melancholy, Call Out my name. Xo Xo Xo..

The final day of Lollapalooza had finally arrived, wrapping up my first Lollapalooza experience. On the evening of day four of Lolla, I was able to catch sets from NAV and Playboi Carti.

Canadian born hip-hop artist NAV, who one of the few to be signed to The Weeknd’s label XO, has finally made it to this year’s Lollapalooza stage. The rapidly risen hip-hop artist who is known by his silky vocals and smooth beats definitely left his mark on the Lolla stage by playing tracks from his 2017 self-titled mix-tape and a few of his recently released singles such as Wanted You, Myself and Some Way.

Atlanta native Playboi Carti, who is also an affiliate of A$AP Mob was one of the few artists who closed out this year’s Lollapalooza weekend. The “Magnolia” rap star delivered tracks from his first self-titled album “Playboi Carti” as well as a few from his latest album “Die Lit”. Much to the audiences surprise the young rap star took a few moments from the set to play a tribute to the recently deceased Xxxtentation. The high-energy performance by Cardi showed us that he has no intention of stopping.