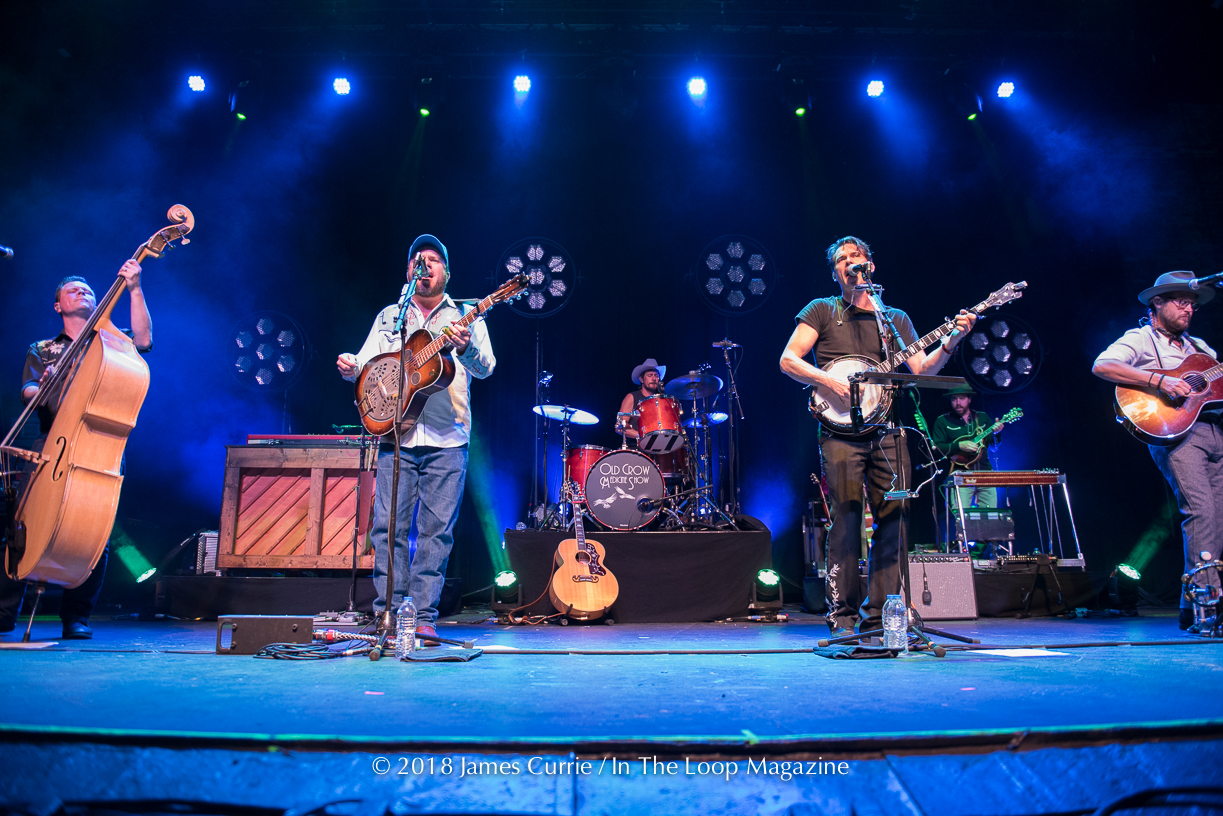 “We’re bringing Hillbilly music to Chicago ya’ll” Shouted Chris ‘Critter’ Fuqua Wednesday night at Thalia Hall as his band, Old Crow Medicine Show took the stage to perform on the first of two nights in Chicago. OCMS is on tour for “Volunteers” and there seems to be a massive following for their Americana Folk music that rivals any band that’s graced the halls of the Pilsen club.

The night started with Third Man Records recording artist, Joshua Hedley. The Nashville based singer-songwriter brought a full band to support his classic country sounds. They played through several songs that ranged from Merle Haggard sound to Tex Avery. “Mr. Jukebox” has the golden voice that can swoon any disbeliever and not to bad on the guitar and violin either. As a group, it was a great compliment to the Old Crow Medicine Show.

Old Crow went on at nine and rolled through almost 20 years of material starting with “Child of the Mississippi”. This band has proven themselves over time and time again. They are the real deal. This isn’t some hipster wannabe country cool band. They’re not a studio manufactured bi-product. They’re here to stay that’s obvious. What’s not so obvious, if you haven’t seen them live, is the incredible diversity and talent of each member. They all have their roll and main instrument, but can also command other noise makers flawlessly.

The band interacts with the audience throughout the show keeping it lively, personal and even more entertaining with shout outs to “The Good Stuff” and asking Chicago, “Who’s got the good stuff?” Asking what’s Chicago drink?

Another highlight to point out about Old Crow Medicine Show is the energy they bring. From running across the stage to jumping out front and doing a little jig, these guys are a ball of energy. The energy they present matches the music they make making the whole experience one to marvel in… and maybe just grab your partner and swing them around.

Does this prove that Chicago is a Country Town? After a weekend long boot scooting shindig at the Country Lakeshake, then two sold out nights of OCMS followed shortly by another Americana festival at FitzGerald’s Great American Music Fest, this town may be bringing something new to light. A city raised on Blues, House and Industrial, might have a new leader in the pack of greatness.

This was the first night of a two sold out night residency. If this was the warm up, I can only imagine what’s in store for those folks tomorrow night. Kick up ‘yer boots Chicago and come check this out for yourself.