Interview: Faris Badwan of The Horrors On The Bands Sound, Songwriting and Touring 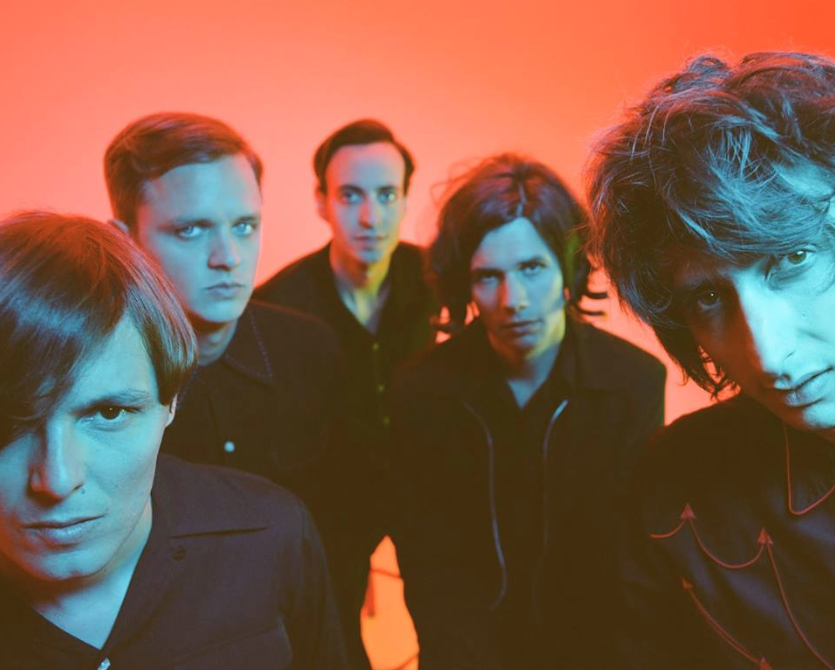 In the Loop (Christopher David): You’re a band that really defies genre, which I would consider a good thing. With that in mind, what was it like working with Paul Epworth (V’s producer), as opposed to working in your own studio, which you’d done for so long?

FB: With the records that Paul’s made recently, I think it’s almost like people expect or take it as a given that the only reason people would want to work with him is that he’s made successful pop records. I think that’s actually one of the downsides of being successful, in his case! But it’s not that – the reason Paul’s done so well, and he absolutely deserves to have done as well as he’s done – is that he has such fantastic ears for melody. He doesn’t have a formula. It’s hard for us to fit into someone’s rules in a work environment, and what was great about working with Paul is that it was completely free.

ITL: It’s true that some producers have a kind of rubber stamp, I guess, in terms of how they work.

FB: Yeah, it starts with a sonic template or a personality or their sound or whatever, and then it ends up getting diluted and diluted to the point of where it’s like, ‘a sound’ in three easy steps. And that’s not something I’d want to do.

ITL: I don’t think making an album in three easy steps sounds like a good idea.

FB: I might do it as an exercise, but I wouldn’t do it more than once!

ITL: In contrast with the more open approach to the new record, you’ve mentioned before that the songs for Luminous maybe were a bit safe or too rigid for your taste.

FB: It wasn’t the songs. The demos from our studio I really loved. I felt like it was the final mixes, and maybe I wasn’t getting my personality across in the final vocals. A lot of time went into it, but I think that maybe all the ingredients somehow didn’t quite come together in the way they could have. It’s a shame, because I think there’s an amazing record in there. Though I don’t think we ended up with a bad one, and for some people, it’s their favorite Horrors record. I don’t think my opinion really matters in that case, it only really matters up until it gets released.

ITL: It does sort of belong to the world, at that point.

FB: People say that you give it away, and I that is true. Some of the most amazing records in history have been hated by their creators.

ITL: Going back to the new record, then, you’ve mentioned the phrase ‘anti-composition,’ in terms of an approach to song craft and going against traditional means of arrangement to make something sound fresh. I’m always interested in hearing how people move through that process and arrive with a finished song or record – how does that approach work for you in the context of a band?

FB: I don’t know if we’ve been particularly successful at that. My view of our songs is not that they’re hugely inaccessible, and I don’t think that structurally they’re so deconstructed. I suppose if you were to listen to another ambient artist where there are only traces of songwriting under the surface, maybe you could call that anti-composition…I think in the end, in terms of spirit, we’re a punk band that likes a certain atmosphere and to create soundscapes, and I think we could move into decomposition. I don’t know that we’ve really done that yet.

ITL: The songs definitely still come through. A song like “Point of No Reply” has some openness to it, but there’s a melodic anchor in there.

FB: Definitely, I would say that one is a good example of what could have been a straight ahead pop song, and it was pulled back from that. I’d argue that it’s better for it.

ITL: I would, too. So how does putting together a live setlist for a more unconventional record work, and how’s the North American tour been so far?

FB: If I’m honest, thinking about what other people want to hear doesn’t really come into it. I’d like to lie to you and say that we’re that considerate, but I don’t think we are! I think it’s a gradual change. For example, we’ve been playing “In and Out of Sight” and “Mirror’s Image” together like that for months, and recently, we decided they worked better the other way around. Sometimes, you just don’t realize those things for a while.

The tour’s been great so far, and it has been a while, too long, in my opinion. Although we’re not considerate in terms of setlist, the audience is still hugely influential in terms of the energy you get back. It’s probably the single biggest defining factor. We played a show recently in Toronto, and the crowd was insane. It just gave the whole show life.

For tickets to tonights show at The Bottom Lounge, click here

Poptone @ Concord Music Hall Not Your Usual Monkees. A Review Of The Mike And Micky Show At Copernicus Center