Review: A Band On Fire: Algiers From Atalanta Georgia Smoke At Ribfest 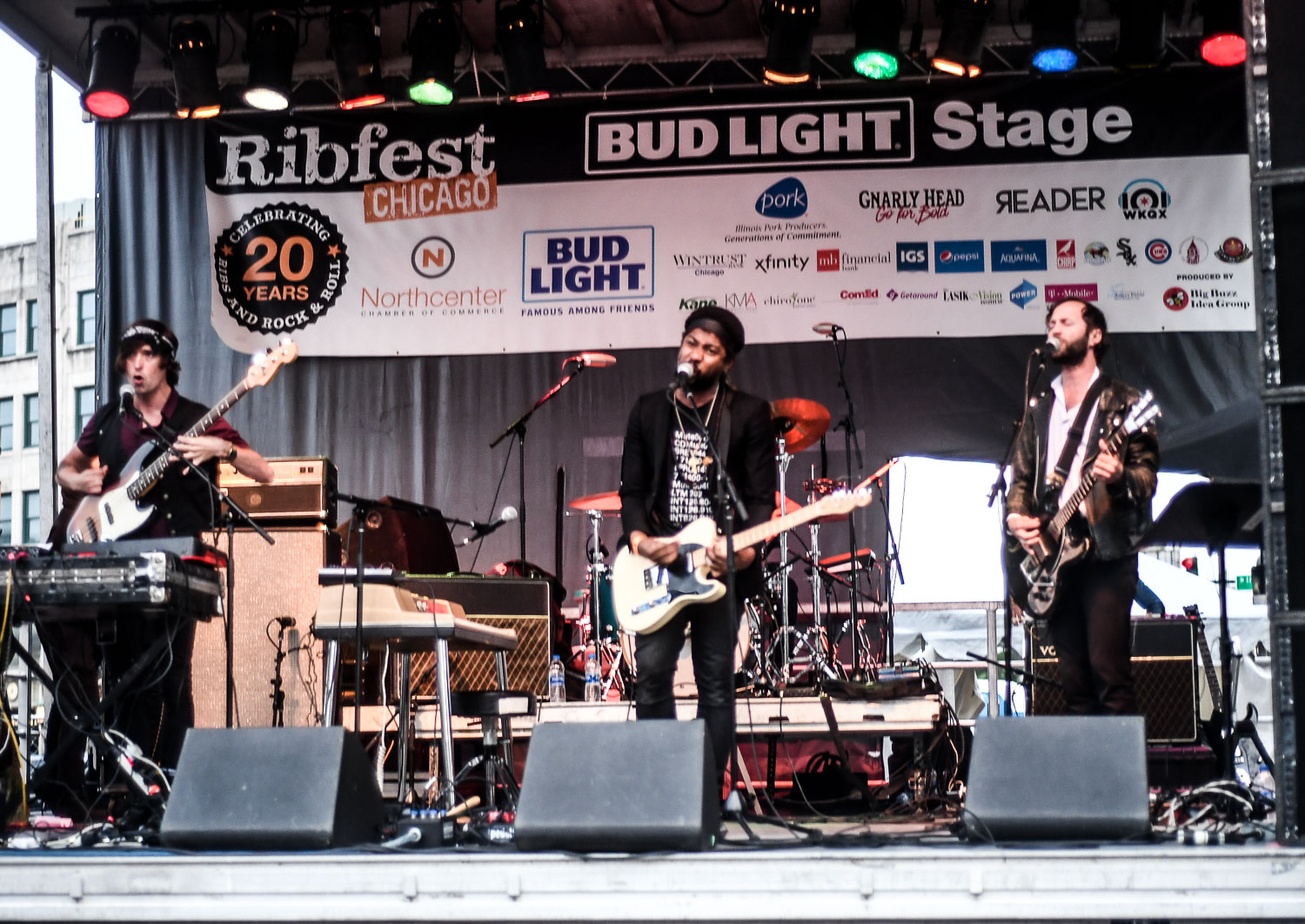 What an amazing booking for such a social event- having the incendiary and volatile band Algiers at Chicago’s Ribfest, where all the parents come out to try various helpings of ribs, relax a little, unwind, and then- BOOM!- pummeled with the onslaught of dark southern gospel mixed with heavy and dark post industrial drones, followed with heavy and scratchy guitar played with a bow. And all this happening in the first couple of songs.

Talk about going from joyful to furious. This band means business. Right from the start of their headlining set on the Bud Light Stage, starting with a sampled speech  by Black Panther member Fred Hampton of all things…you know you’re in for some serious shit.

The band is ferocious from the first song, with energetic front man and lead singer Franklin James Fisher making it known that there’s trouble looming ahead, and that the world in general is an agitated and uncomfortable place to live in. This band locks into everything all at once, from looming doom to downright cool melodies, then back again in a frenzy at a moment’s notice, and the band rides this wave again and again, relentlessly, forcing the music into  elongated jams of might and confusion, yet still staying intact and righteous.

Hard to believe I got all that in in one sentence- but how else to describe what I just witnessed and photographed first hand? And to top it off- the band brings up onstage a couple local performance art dudes, to sing about protest and provide some backup vocal for a couple songs.

Looking around at the audience, and seeing families with baby strollers, this part of the show likely went over their heads. No matter. Algiers doesn’t care. This is an invite to Chicago’s Ribfest, a fabulous booking of sorts, and this band is clearly up for the challenge to convert new people to their magical and fearsome sound, no matter what the event, no matter what the venue, large or small.

As much as I like to listen to the mellow and cool Leon Bridges, who’s been getting a lot of applause the past couple years- imagine his music, warped to the tenth power, with serious gospel vocal added with some fright and urgency and demented menace. Then you get the band Algiers.

I’m not kidding when I say you’re going to hear a lot from these guys in the near future. All in a good way. Yes- they’re head scratchers these guys, wise beyond their years. A band with unshakable hooks and the fury of a southern sermon after a southern sermon. Algiers. As badass as badass gets.