Courtney Barnett Asks Chicago, Tell Me How You Really Feel, At A Unique One Off Show At The Chicago Cultural Center 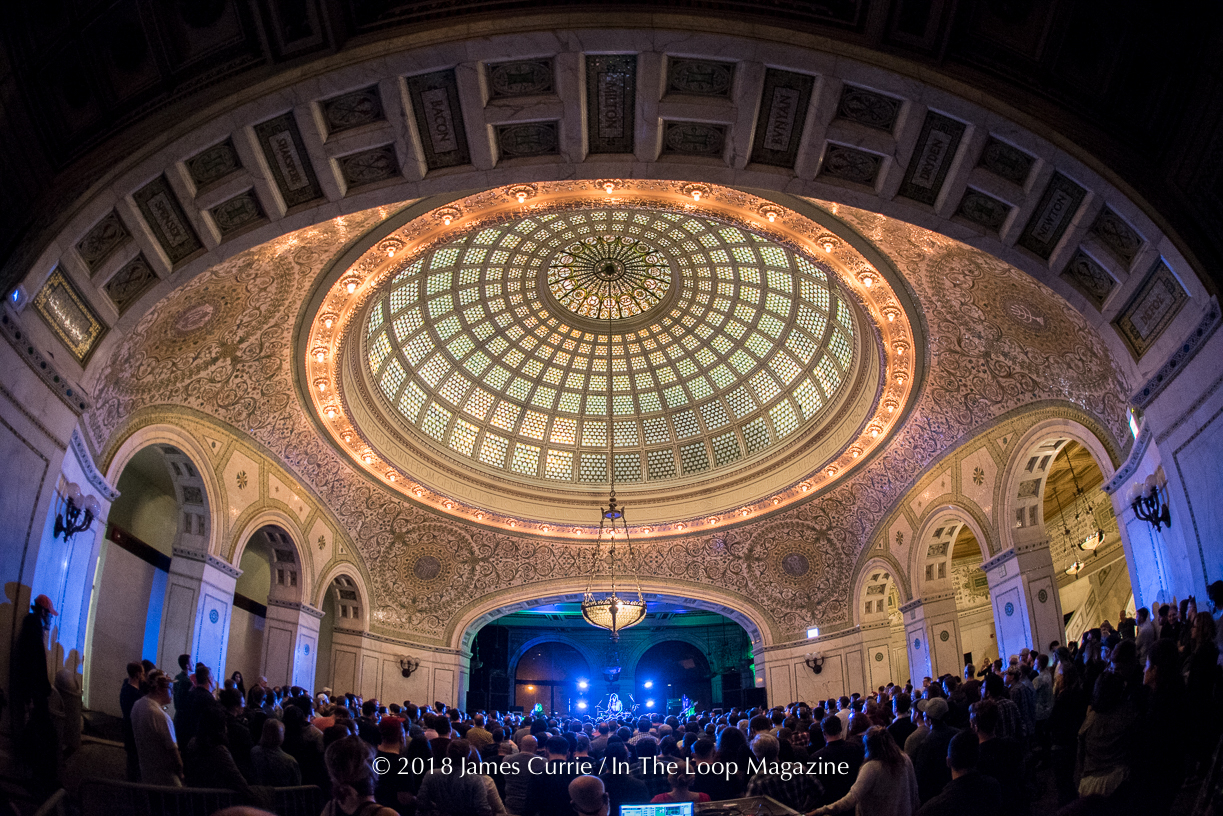 I don’t know how she does it, but Courtney Barnett just can’t seem to sit still. Since breaking into the music mainstream in 2014 with the asthma puffer fueled, “Avant Gardener”, I’ve been following her progress and rise to Indie stardom. Before that, she was in another band called, Immigrant Union. The Brent DeBoer fronted (Dandy Warhols) psychedelic folk band from her home town of Melbourne Australia. Side note, she also snagged the rest of her band from IU. Bones and Dave both came with her. She was a stand out performer then and was a regular in the local scene before that. She has stayed busy ever since and show no signs of slowing down anytime soon with this latest album, “Tell Me How You Really Feel” and tour.

On this night of the tour, Courtney Barnett (and The Courtney Barnett’s, AKA CB3) played under the Tiffany Dome in Chicago’s Cultural Center. A rare treat for any rock band to play there. The setting was amazing. Nestled in the east wing among the ornate architecture and plastered notables in the walls. Completely sold out for months, this was a night to remember.

A nice surprise was announced as the band was getting settled on stage. Barnett said she hoped we wouldn’t mind and they were going to play the new album all the way through. “Tell Me How You Really Feel” only came out just a couple days before. And you could tell it’s new because the performance was raw, peppered with tiny flubs here and there like forgotten lyrics and missed cues, but no one cared. Barnett smiled a few times and laughed it off saying, “I knew I’d forget some of those”.

The stand out tracks live were “City Looks Pretty”, “I’m Not Your Mother, I’m Not Your Bitch” and “Sunday Roast”. Each of these were powerful, emotionally charged and got the crowds going. Tracks from this album have trace elements of Nirvana, Liz Phair and P.J. Harvey, but they way she arranges it, all Barnett.

After CB3 finished playing the album, they went headstrong into the hits and came out strong with the one that made her and Indie darling, “Avant Gardener”, one that proved a fan favorite for newcomers and old alike. The sound of that squelching guitar she swings around just works. They pushed through several cuts ending with “History Eraser”. After the hits section, they took a short pause and came back for a two song encore ending with her mega hit, “Pedestrian At Best”.

I really like seeing Barnett play with this group of people. They gel well and appear to still have fun with it. They bounce off each others energy. They are clearly comfortable in their rolls. I’ve enjoyed seeing them grow in such a relatively short time for a rock band. That being said, they added one more element that worked, a new player who helped with guitar, keys and backing vocals. Katie Harkin added that something extra that made them just a bit fuller. Rounded out and balanced the live sound. A welcomed addition.

If you missed this one, don’t worry, she’ll be back in July playing at Pitchfork. Like I said, she can’t sit still. Hope for her sake somedays she’ll sit and think and somedays just sit, for longer than a minute. As much as we love seeing her in town, we can all appreciate a break.

For photos from the live show in Chicago, click here

For a live video sample from the show in at the Cultural Center, click here