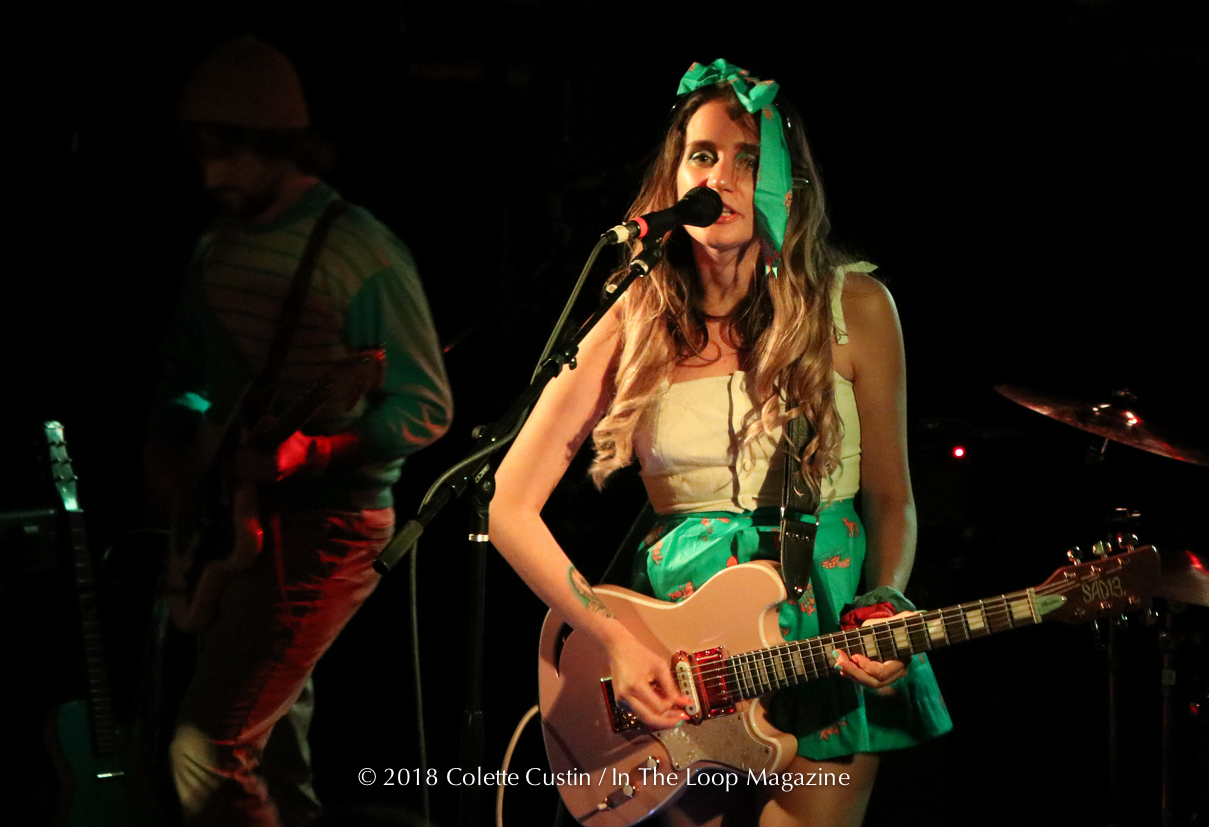 “This is a song about being sexually harassed by a fish,” Speedy Ortiz singer/guitarist Sadie Dupuis noted while introducing new tune “Villain.” In a scant sixty-minute set at Subterranean on Saturday in support of new album Twerp Verse, Dupuis and her band mates led the capacity audience through all manner of exploratory personal narrative, dealing with such societal pains as relationships, dealing with sexual harassment, the American political landscape, and myriad other causes, including a local charity aimed at helping incarcerated mothers meet their basic needs while in prison.

The challenge with all of that social activism at play in music is that the message can sometimes be too much. But the thing that sets Dupuis and Ortiz apart is that they don’t wear it – in fact, they don’t need to. Dupuis’s history as a writer has handily equipped her to take the mantle worn throughout the ‘90s alternative rock heyday as a master wordsmith and play it to her advantage no matter the subject matter; her lyrics are peppered with wordplay and wry wit. “I make a frown, but I always wear it upside down,” she sings on Twerp single “Lucky 88,” and while the electronic elements in that song and others from Twerp were downplayed a little to fit the guitar/bass/drums structure of the lineup, the melodies and songcraft called to mind Crooked Rain-era Pavement if Guyville-era Liz Phair had been in charge.

Launching the set with the first three tracks from Twerp Verse, then bouncing back to 2015’s Foil Deer for a pair of singles (“Raising the Skate” and “The Graduates”) before digging into the catalog for “Plough” (from 2013’s Major Arcana), Ortiz surprised with a few deep cuts by Twitter request (Dupuis is a known quantity on Twitter as @sad13) and spent the hour bouncing about the stage as if they didn’t have a care in the world – a clever trick for a band who is so positively connected to social change.