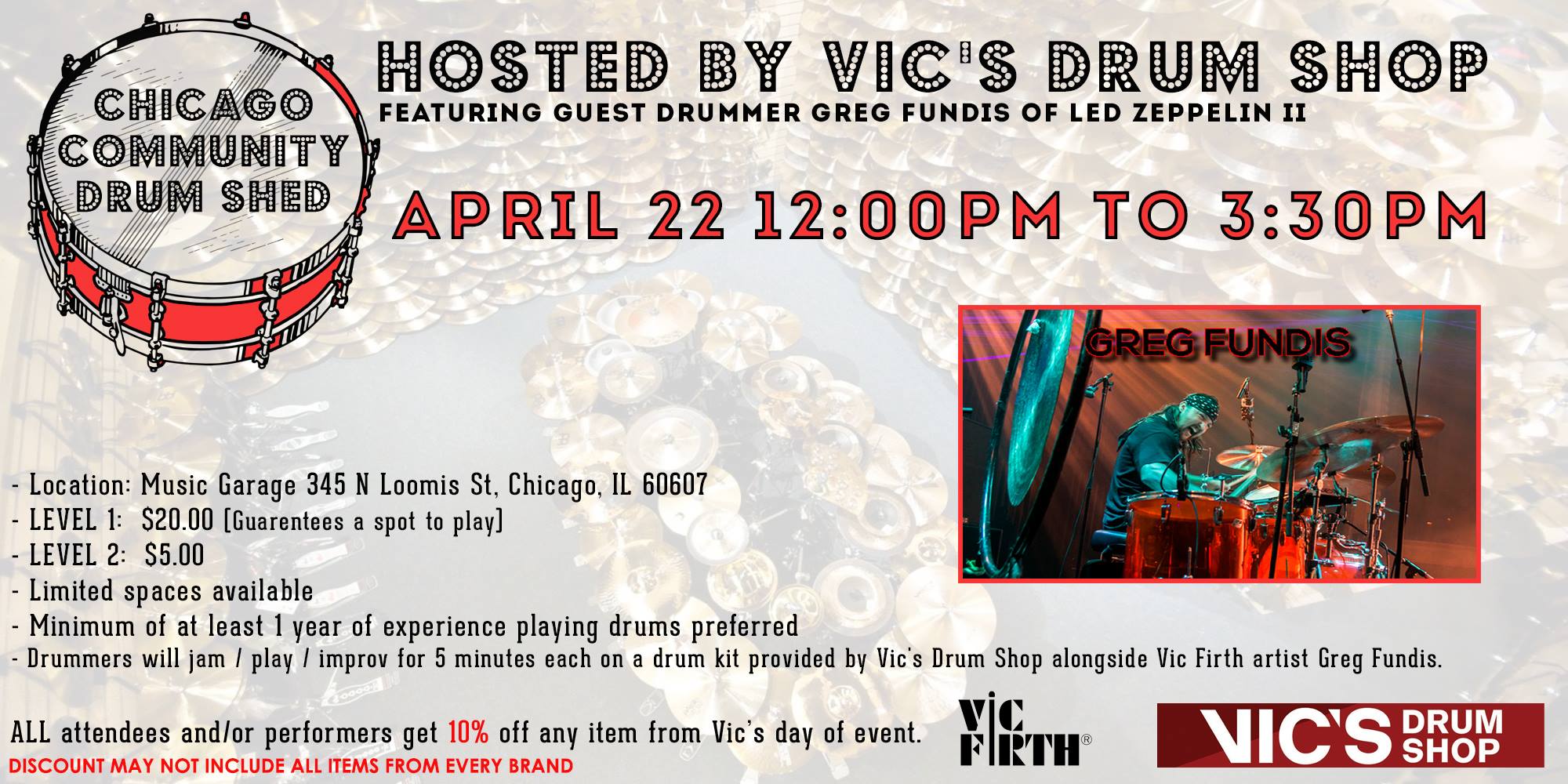 Chicago drummers! Join us at Vic’s Drum Shop for an afternoon of drums and fun! Join our guest drummer, Greg Fundis (LedZeppelin2, Fareed Haque‘s MathGames) and other awesome Chicago drummers for this exciting event.

This is a great opportunity to jam alongside one of Chicago’s greatest drummers while simultaneously showcasing your chops.
General Admission tickets are STILL AVAILABLE and include access to both events (12pm-2:30pm and 3pm-5:30pm). Limited number of performance slots for SESSION 2 (3pm) are STILL AVAILABLE!

– Limited spaces available!
– At least 1 year of playing experience preferred
– Vic’s Drum Shop is providing two drum kits for performers. One for Greg, and one for you. You’ll improvise / jam with Greg Fundis (also on drums) for a total of 5 minutes at a time.

Greg is currently the touring drummer for Led Zeppelin II who are considered to be one of the best Led Zeppelin tribute acts in existence. He also spends his time playing with Fareed Haque’s Math Games, and is in the middle of completing his debut solo album. Greg has spent years playing in and around the Chicago scene and has earned his place among the greats. Join us for this one-of-a-kind event sponsored by Vic’s Drum Shop.

In addition to relentless performing, Fundis is a music educator, ensemble director and clinician in the Chicago area where he has held positions at Roosevelt and DePaul universities and currently teaches percussion classes at Whitney Young High School and coordinates world percussion activities for over 3,000 area youth with JCC of Chicago.