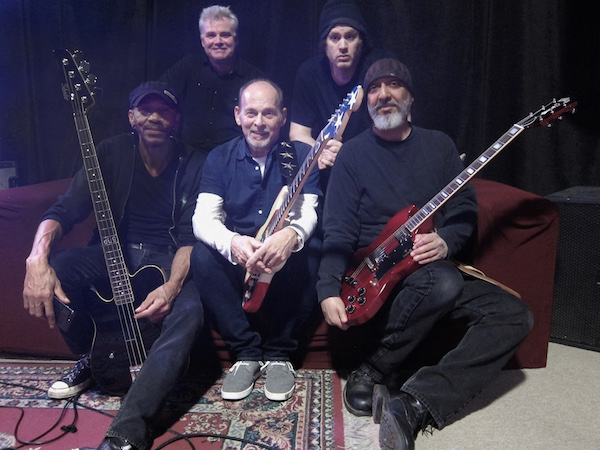 MC50 ANNOUNCE “KICK OUT THE JAMS: THE 50TH ANNIVERSARY TOUR” STOP AT METRO

Chicago, IL — Wayne Kramer, leader of Detroit’s proto-punk/hard rock band MC5, has announced 35 North American dates for “Kick Out the Jams: The 50th Anniversary Tour,” which will land at Metro on WEDNESDAY, OCTOBER 24. Touring with the MC50 — which includes guitarist Kim Thayil (Soundgarden), drummer Brendan Canty (Fugazi), bassist Dug Pinnick (King’s X), and frontman Marcus Durant (Zen Guerrilla) — Kramer will be celebrating the landmark anniversary of the MC5’s incendiary debut album Kick Out the Jams and the release of his memoir The Hard Stuff: Dope, Crime, the MC5, and My Life of Impossibilities (August 14, Da Capo Press).

On the MC50 tour, Kramer and the band will play the album Kick Out the Jams in its entirety followed by an encore of MC5 material that will change each night. As Kramer explains: “This band will rip your head off. It’s real, raw, sweaty, total energy rock and roll, like a bunch of 40-to-70-year-old punks on a meth power trip.”

Kick Out the Jams is recognized as the galvanizing live document that introduced a major voice of late ’60s counterculture and proved incomparably influential on metal, punk, stoner rock, and almost every other form of loud, limitless, long-haired music to come. The recording took place just months after the band’s appearance at Chicago’s riotous 1968 Democratic National Convention — a pivotal moment in modern American politics.

Says Kramer of revisiting Kick Out The Jams: “Today, there is a corrupt regime in power, an endless war thousands of miles away, and uncontrollable violence wracking our country. It’s becoming less and less clear if we’re talking about 1968 or 2018. I’m now compelled to share this music I created with my brothers 50 years ago. My goal is that the audience leaves these concerts fueled by the positive and unifying power of rock music.”

A Chi-Town Original, Chicago House Music, Will Be Featured In A Festival In Millennium Park This May The Soft Moon @ Metro