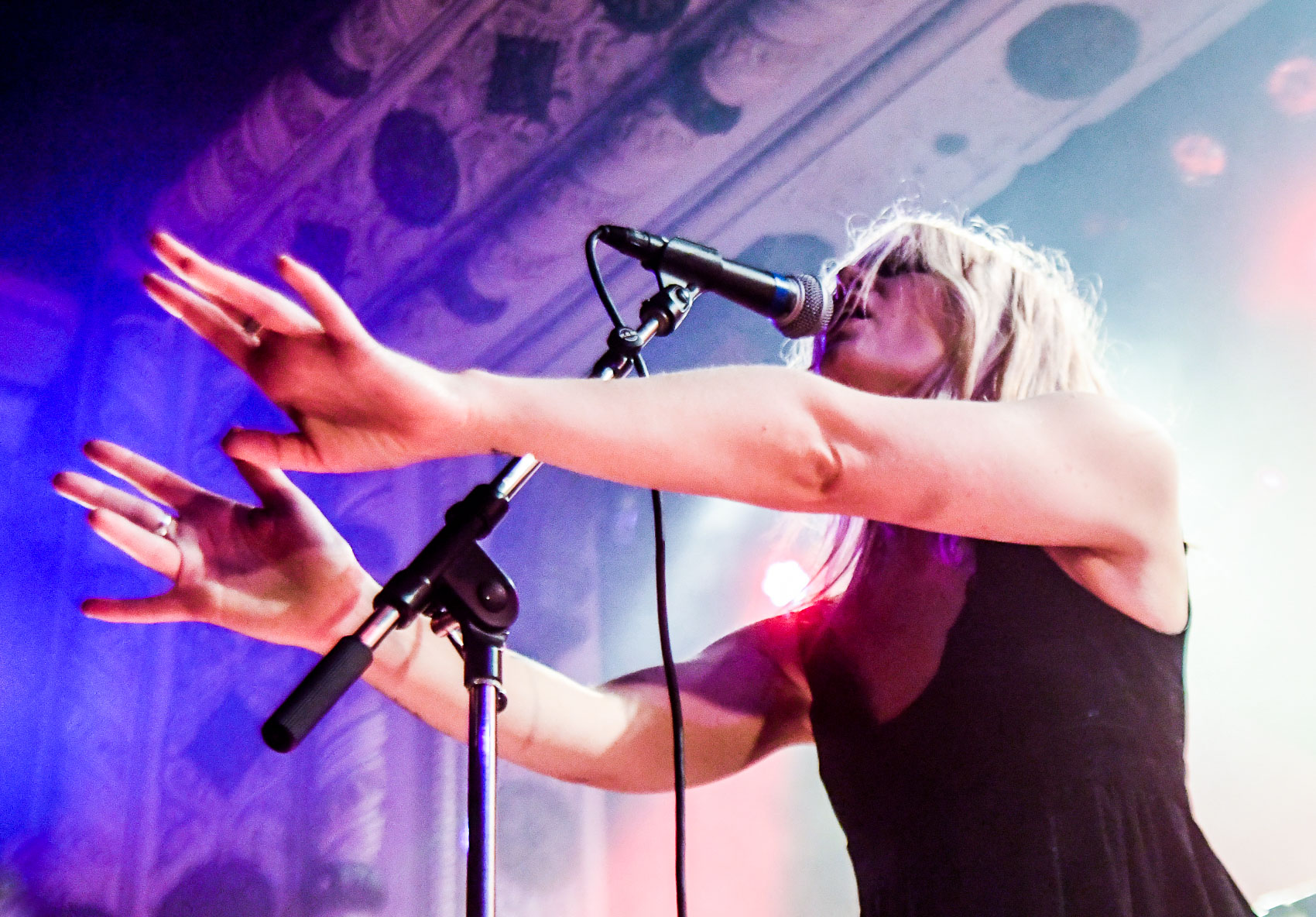 The Decibel Magazine Tour – with headliner Enslaved, Wolves in the Throne Room, Myrkur and Khemmis.

The intimidating Enslaved headline the Decibel Magazine Tour 2018. Enslaved- a band with outspoken vision, and the will to forge their own path wherever it may lead. That statement says a lot about the band- the willingness and sincerity to move on from their previous records- pick up new and identifiable sounds and create music that is worthy of their own record collections. And their tastes are all over the map- similar to Opeth, and similar to Ulver.

The band’s most recent album, Last year’s “E”, boggles the mind with crossover suites from dark / Black Metal, to suddenly a more relaxed and harmonistic chorus of delights. Seriously- the band has been widening their path with this display of musicianship for the last few albums or so – from gnarly and gutteral throat singing, to the boys in early Yes, as a comparison. And who’s to blame them for discovering new soundscapes and ideas?

So they lose a few devoted Black Metal fans. They certainly gain others in the interim. And that’s just the way they want it. Grutle Kjellson (Vocals and Bass), and Ivar Bjornson- the two sole constant members in Enslaved, along with Cato Bekkevold on Drums and Percussion and  Arve Isdal on Guitar and Hakon Vinje on Keyboards, still have to this day and fourteen full – length studio albums proved to be a formidable live act. And to have them headline the Decibel Magazine at the one and only Metro Chicago: put it this way – I’m grateful for the opportunity to partake in this display of showmanship.

Three of the songs on their setlist are from their new album “E”: they opened with “Storm Sun” a 12 minute hard and heavy and yet prog feast, along with “Sacred Horse” and “The River’s Mouth”. The setlist was only 6 songs in length, followed by 2 songs during the encore. But make no mistake- the show was standard in length since most of the songs veer over 10 minutes a piece. Enslaved- a band that consistently shred you into oblivion.

Wolves in the Throne Room: still a mighty band that creates rich, challenging, punishing, and transformative music at a breakneck pace. Having nearly an hour to perform live leaves me sweaty and drained to the core.

As for Myrkur: Amalie Bruun- lead vocalist and songwriter of Myrkur – conveys as always an otherworldly presence devoted to blackened metal one minute, and intrinsic Scandinavian Folk the next. I love watching her perform live, even though her set was way to short, and she clearly had little room to roam around and get into her wicked energy. It say something about her musical tastes when leaving the stage to the sounds of Dead can Dance and their song “The Host of Seraphim”. A moment when you clearly cling to the past while forging your own future. That little tribute left me reeling to early Dead can Dance on the ride home- rediscovering yet again their magical charms with Lisa Gerrard and Brendan Perry.

As for Khemmis: Certainly a band to be reckoned with in the forseeable future. These Colorado Rockies Doomers know how to bring the blast furnace in such a short short set. Can’t wait to hear more from these guys.