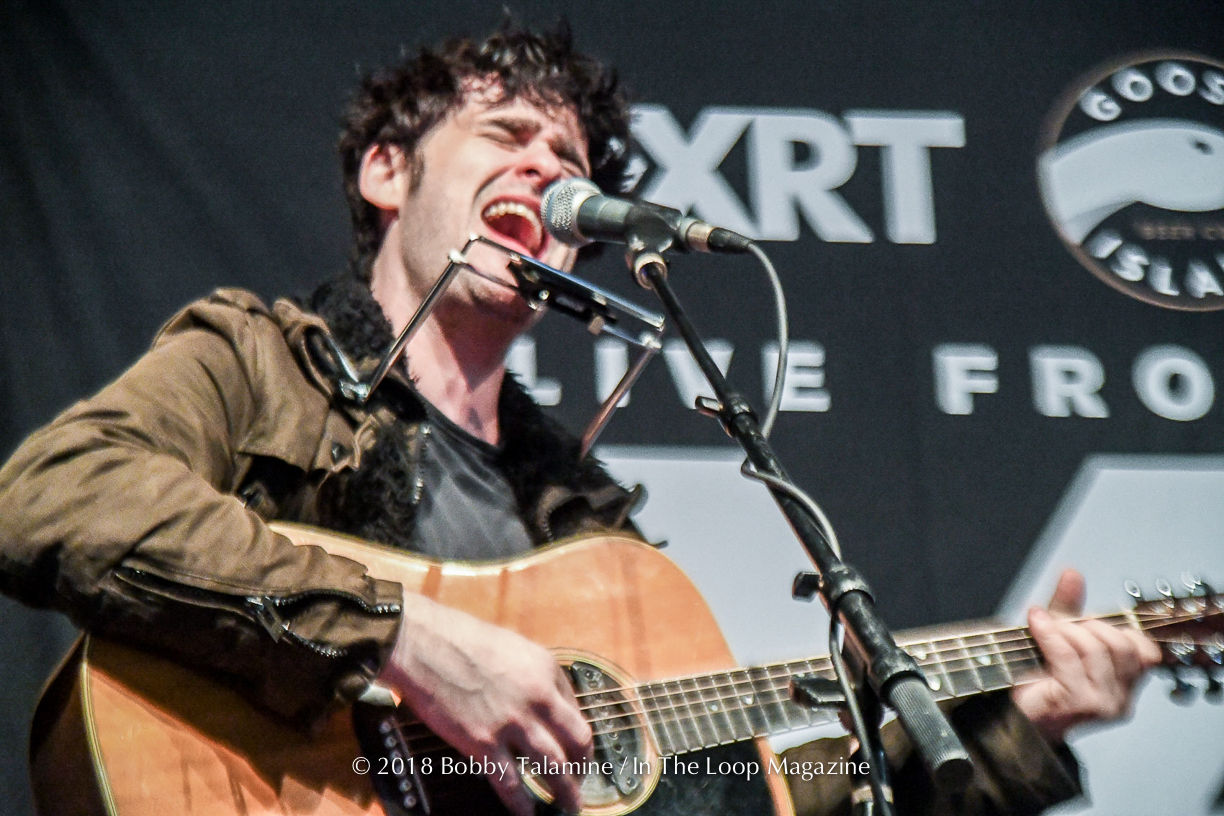 For such a short and abbreviated set- with only two members of BRMC present- Robert Levon Been and Peter Hayes- have to say it was enthralling to hear them play some of their tunes in a small cozy bar on a Saturday afternoon. Ryan Arnold of WXRT acting as a host and emcee- politely introducing the band and BRMC’s new album “Wrong Creatures” to the audience, starts off with a couple questions to the band in regards to songwriting for the new album and grateful that they can play at an early hour before the real show the same night at the Vic in Chicago down the road.

Apparently they had driven nonstop with no sleep from their show the night before in Columbus Ohio. The boys look dead tired before playing their first note- and cold too. Wrapped up in thick coats at the GMAN Tavern, blowing hot air in their hands…even though they’re in a cozy and packed to the gills bar next to the Metro- I’m feeling cold just looking at these two guys.

Ryan Arnold of XRT is so appreciative having a couple members of BRMC here at the GMan to play a few songs- in which Robert Levon Been interrupts Ryan to say that they accepted doing the impromptu acoustic set in the early afternoon-“Because we didn’t think anyone would show up”. Of course the place erupts with laughter and polite applause, and everyone is all smiles.

There is something clearly magnetic and satisfying listening to BRMC live, wether it be full on electric, or simply an acoustic set such as this at GMan. And of course it comes down to the songs- the crafting of beautiful melodies with emotional lyric writing. It’s clear that Robert and Peter pour their heart and soul into their music- and leave nothing to chance when playing their songs live.

Black Rebel Motorcycle Club are incredibly underrated, and clearly leave like minded indie bands in the dust. Even when performing at 2 in the afternoon and only playing a few songs.

If given the chance- go see them live. Support them and their music. You won’t be disappointed.

For photos from the show at Gman Tavern, click here