Chicago’s Own, Rise Against, Headline First Night At The Night We Stole Christmas 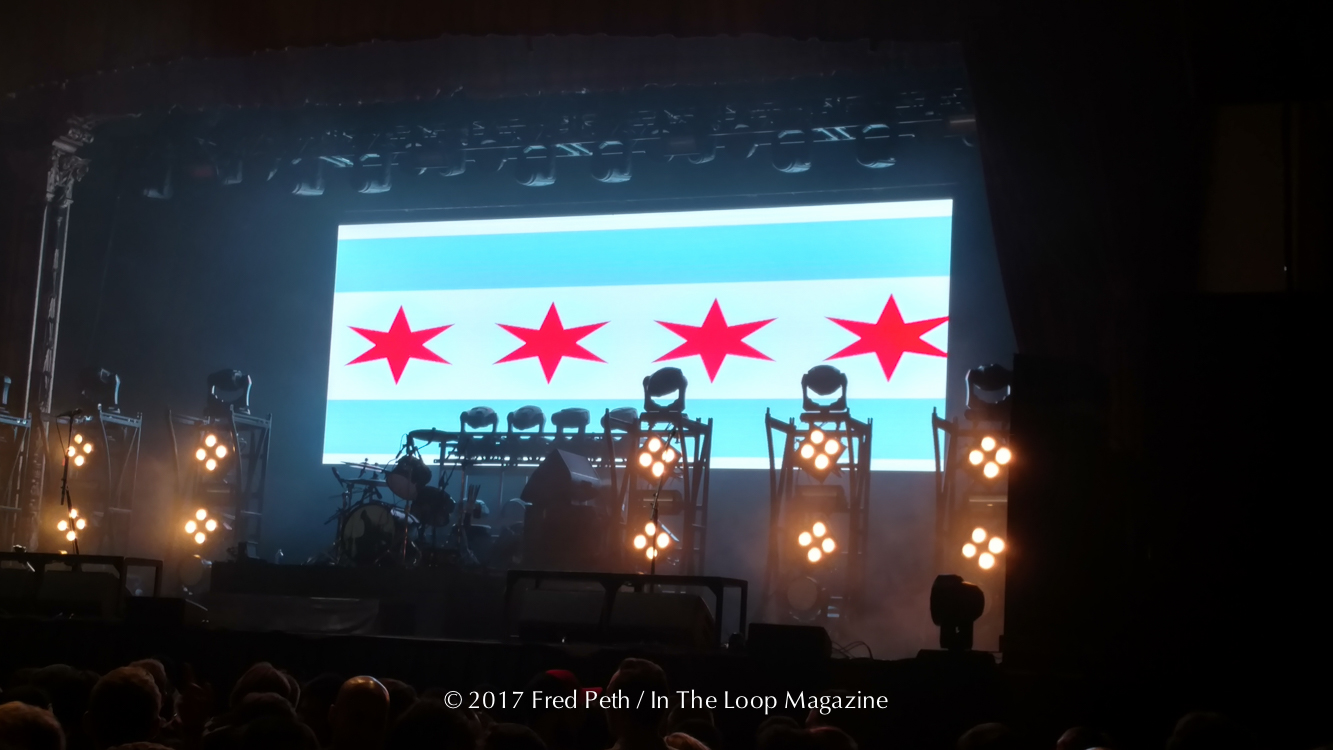 Chicago’s own Rise Against came and gave it at the Aragon Ballroom for the first night of The Nights We Stole Christmas and the hometown crowd loved every minute. This was their first show in the United States, since they just got back from a 5-week tour of Europe. From the start of their set with “Intro/Chamber The Cartridge” lead singer Tim McIlrath had command of the crowd getting them to put their fists in the air and scream ‘rise’ over and over as the band kicked in. Having to miss the last couple of times that Rise Against was in the area due to prior engagements, it was great to see this punk/hardcore band play many of my favorite songs. The energy started on a high note as much of the shoulder-to-shoulder crowd sang along.

Throughout the night Tim, bassist Joe Principe and lead guitarist Zach Blair constantly moved from side to side of the stage connecting with the crowd as they pointed, smiled and jumped around on stage. Brandon Barnes’ drumbeats were heavy and loud during “Re-Education (Through Labor)”. The crowd amplified the energy of the song by moshing and some crowd surfed their way to the front of the barricade. Just as much as the crowd enjoyed coming to the show, the band obviously did too.

Many of their songs are aggressive and politically charged, while they reflect on what society is dealing with at the present time and the fact that we cannot and should not turn a blind eye to these issues. The truthful and honest lyrics have a great positive energy behind them. During “Hero of War” gave us a chilling reminder to the various military images that were shown on the video board behind the band, while Tim strummed on his acoustic guitar. It was a 180-degree turn as the band joined Tim on stage for the next song “Help Is On The Way”. The moshing and crowd surfing returned as the rest of us sang along.

Rise Against closed out their set with “Savior” from their fifth studio album Appeal to Reason. Like many others, “Savior” is another crowd favorite to give their energy to as they jumped around extending their arms in the air. Rise Against delivers their wide, intense capabilities each and every time on stage. I am looking forward to seeing what they have in store for 2018, whether that is another headlining set or a spot on a music festival.

Setlist: Rise Against (The Night We Stole Christmas) live in Chicago at Aragon Ballroom November / December 2017