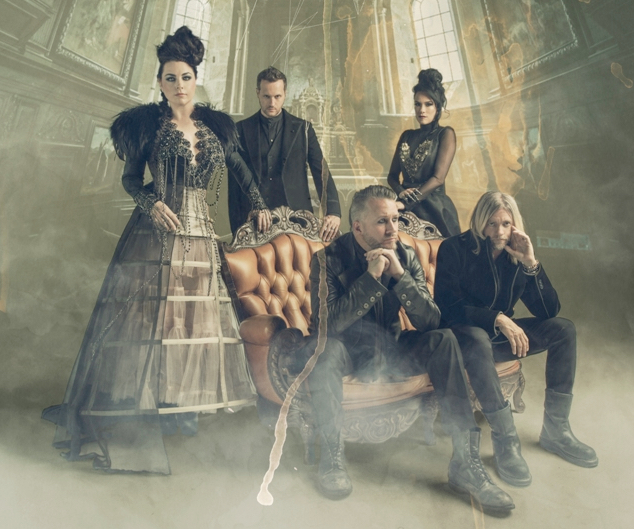 EVANESCENCE are returning with SYNTHESIS, their fourth and most ambitious album to date, set for a November 10th release. The album is a reimagining of some of EVANESCENCE’s best-loved songs recorded with a full orchestra and electronic combined with the band and AMY LEE’s virtuoso piano and voice. Listen to the first single and new song “Imperfection” (here) and pre-order the new album (here).

AMY LEE describes the meaning behind “Imperfection,” “For me, this is the most important song on the album. I struggled with the lyrics for a long time because there was a lifetime of work to live up to and I wasn’t sure what to say or how to be good enough. When it finally started pouring out of me, it was undeniable. I had no choice. It’s for all the people we’ve lost, all the people who we could lose, to suicide and depression. I’m singing from the perspective of the person left behind, the person in the waiting room. It’s a plea to fight for your life, to stay. Don’t give into the fear- I have to tell myself that every day. Nobody is perfect.  We are all imperfect, and it’s precisely those imperfections that make us who we are, and we have to embrace them because there’s so much beauty in those differences. Life is worth fighting for. You are worth fighting for.”

Both Standard CD & Digital versions of SYNTHESIS are available now for pre-order (here), as well as a limited-edition deluxe box of the album, which includes the CD, a DVD featuring a documentary on making the album as well as instrumental and 5.1 Surround Sound mixes of the songs.

Last month, EVANESCENCE announced their U.S. and Canadian “Synthesis Live” tour, which begins in mid-October (dates below). The band will be bringing a live orchestra and electronic programming out on the road with them, which will truly deliver a transcendent experience.

Tickets for EVANESCENCE’s “Synthesis Live” fall tour are on-sale now (here). Every ticket sold will come with a download of SYNTHESISwhen it is released later this fall.  As an added bonus, ticket buyers will also receive new songs from the album prior to the album’s release date, beginning with “Bring Me To Life” and the new song “Imperfection.”  For full tour details, go to: www.evanescence.com.