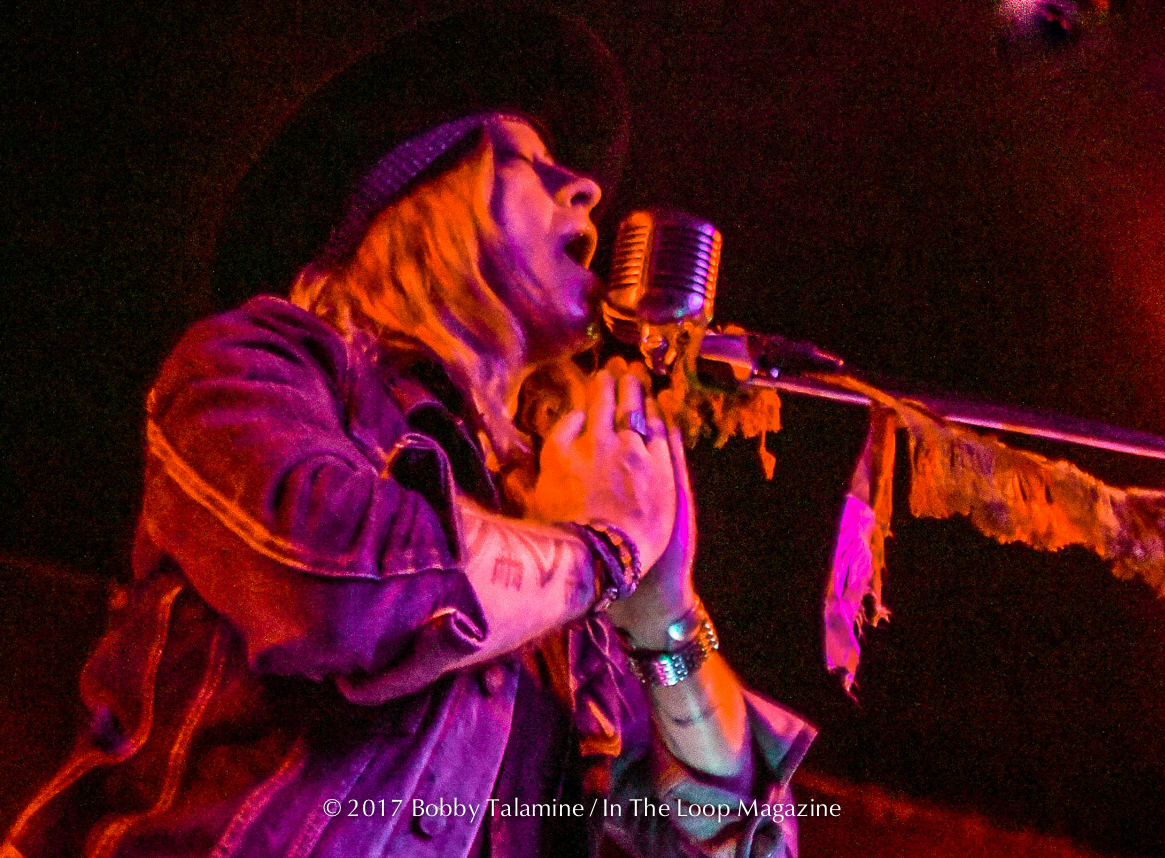 The title above for my live review says it all. David Eugene Edwards, in essence Wovenhand’s main singer / songwriter, is a presence and visionary that’s hard to classify, and mesmerizing to watch performing live. This guy knows and breathes American music like the back of his hand: a true visionary who is sincere and heartfelt when it comes to lyrics and songwriting, who also is steeped in Christianity that poses questions after questions, encompassing a way that is so sincere and heartfelt. It’s breathtaking to behold live and in person, watching David go off mid song time and time again, disappearing into his songs as if in a trance and reaching out to his higher power for some kind of redemption or celestial prophecy.

David’s band is crack – whip tight: with Ordy Garrison holding down the beat with complicated and driving drum fills, Charles Edward French on guitar, and Neil Keener on bass. This formation for Wovenhand has been touring together for awhile now, and each time I’ve seen them, they never disappoint.

To have them headline at such a small club as the Cobra, only adds to the sheer splendor of watching them perform live- David’s mystical influences of Southwest Southern Gothic with a splash of old – time gospel and heavy rock n’ roll thrown into the mix.

David’s voice- another treasure of pure enjoyment that leaves me speechless. David can go from baritone preaching to up to the roooftops falsetto in equal measure, all within a blink of an eye. Puts chills down your spine when hearing this live. I was within four feet of him for most of the show, watching instinctive little things that I’ve never caught before: such as David’s left foot in constant motion, whether it be on his guitar pedals, or maybe shaking off the imaginary rattlesnake that is draped over his boot.

Make no mistake- Wovenhand are the real deal. Truly as unclassifiable as they come when branching their music onwards and upwards. Rebecca Vernon and her band Subrosa were a pleasure to hear live as well- coming forth full on with their vision of haunting doom with some heavy violin from Sarah Pendleton thrown in for good measure. A pleasant surprise to hear them live. And for ambience throughout the show- from the opening of the doors to between acts: Chicago’s very own Pirate Twins (William Faith and Scary Lady Sarah), who provided a nice mix of tunes that matched comparably with the live acts.

For photos from the show at Cobra Lounge, click here