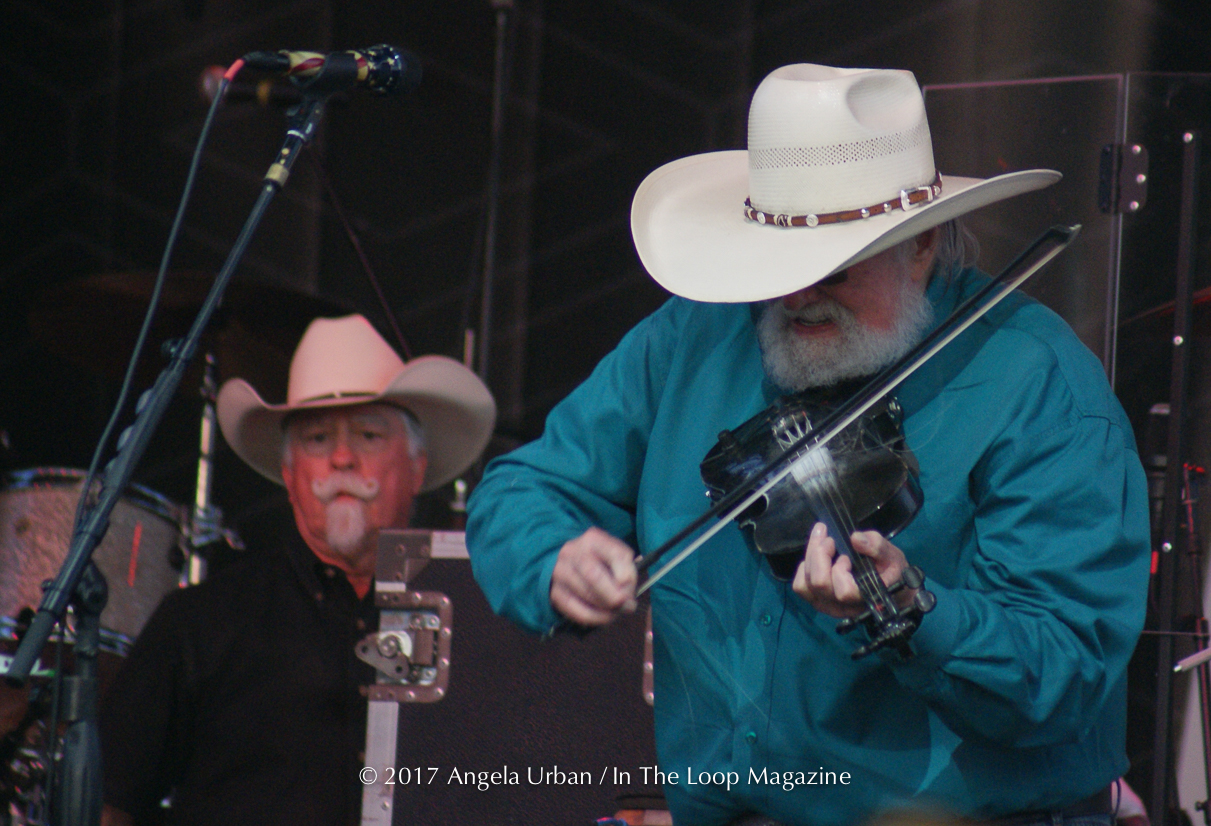 Charlie Daniels is still one of the best shows around, after 59 years of entertaining Charlie Daniels can still Rock the house and have the fans on their feet for most of his performance. When you go to see Charlie Daniels you can always expect respect for God, Country and the Military.

Charlie spoke about when he was young in Wilmington, NC and December 7, 1941 when Pearl Harbor was attacked. He said that being from Wilmington, NC he was aware at a very young age by our military and the sacrifices they make for America and our freedom.

When Charlie played “In America” he threw in a Don’t mess with a Chicago Cubbies fan lyric. Of course this made the crowd go wild. He knows how to play up to his audiences. No matter what part of the country he’s in.

Charlie Daniels knows his fans well. When he knows he will see them year after year on tour, he makes sure to keep his show fresh. This year he features the “Fire On The Mountain” album playing Trudy and Cabello Diablo for the fans who are regulars at his shows.

“Black Ice” features every musician in the Charlie Daniels Band. Charlie Hayward, Bruce Brown, Ron Gannaway, Chris Wormer and Shannon Wickline. “William Tell Overture” was performed by Chris Wormer from Peoria, IL. Having a tie to the Land of Lincoln makes this an extra special event.

For photos from the Charlie Daniels Band show at Grand Victoria, click here