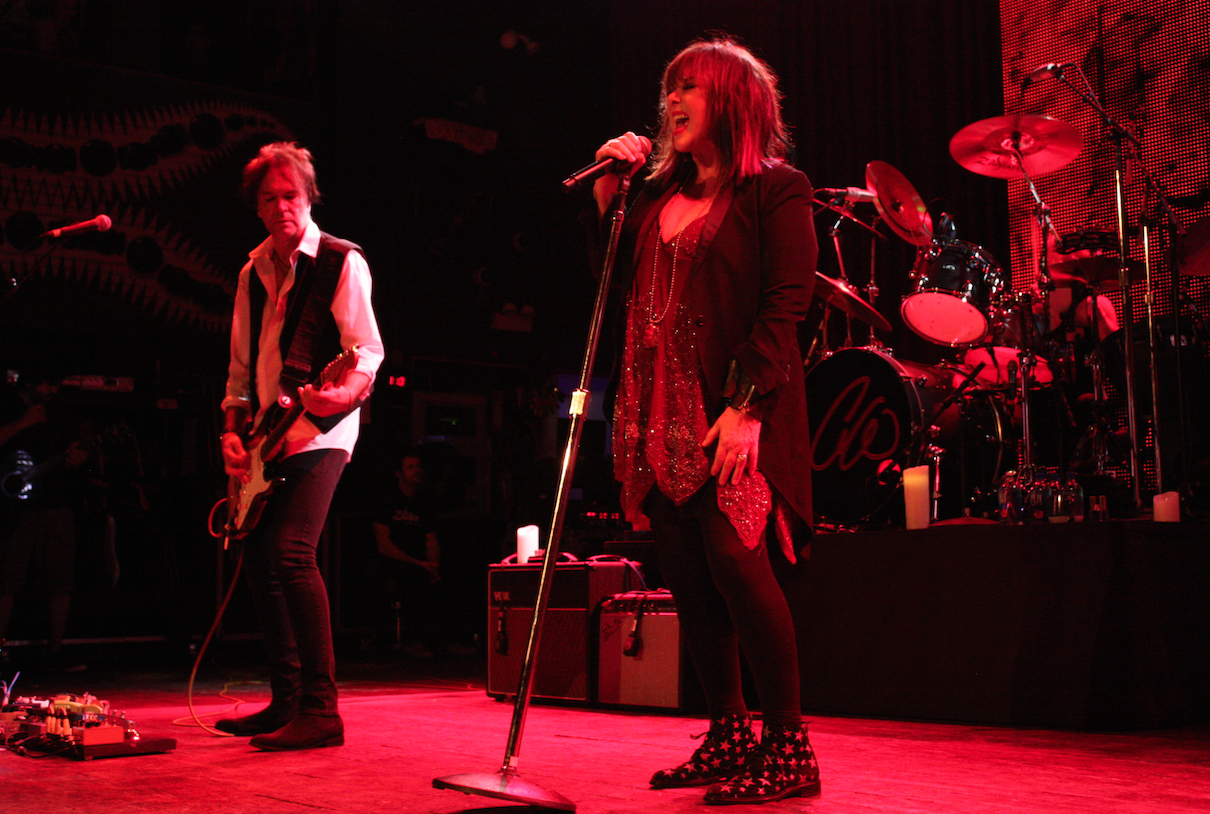 The greatest voices in music history have, by and large, aged gracefully, and on Friday night, Ann Wilson of legendary rock band Heart showed yet again that she is among that number of artists.

Entering to a stage simply decorated with rows of flowers, Wilson had the capacity crowd going in a matter of seconds with a rollicking cover of The Who’s “The Real Me,” followed by two of Heart’s biggest hits, “Barracuda” and “Crazy on You,” the latter of which was reworked to a stripped down, almost fully-acoustic arrangement (as was Heart anthem “Alone” later in the set, which, while affecting, would have been more effective with it’s original bombast intact). Covers were largely the order of the evening, but the crowd didn’t seem to mind, and the broad, unpredictable array of tunes proved the most exciting way for Wilson to show off a voice that is still as powerful as you’re likely to hear.

Backed by an excellent, no-frills band including bassist Andy Stoller, guitarist Craig Bartock, former Heart drummer Denny Fongheiser, the well-chosen covers offered a unique glimpse into songs that Wilson cites as influences and inspiration to her decades-long career. Buffalo Springfield classic “For What It’s Worth” was turned into a grooving funk jam, Yes’s “I’ve Seen All Good People” segued seamlessly into a lovely rendition of The Black Crowes’ “She Talks to Angels,” and a stunning version of Screamin’ Jay Hawkins classic “I Put A Spell On You” brought a collective gasp from the room, a song that’s been covered by many artists but never to this kind of effect. “Ain’t No Way” and “Danger Zone” were also highlights; Wilson’s voice has always had a soulful, timeless quality that made it perfect for the brief forays into classic R&B. And while it might have been nice to hear a couple of additional Heart tunes (“Dog and Butterfly” would have fit nicely into the set), it wasn’t necessary – the two-hour set was more than enough to prove that a voice as great as Wilson’s never goes out of style.

The Real Me (The Who)

She Talks to Angels (The Black Crowes)

Don’t Give Up (Peter Gabriel)

We’ve Gotta Get Out of This Place (The Animals)

Won’t Get Fooled Again (The Who)

For What It’s Worth (Buffalo Springfield)

I Put A Spell On You (Screamin’ Jay Hawkins)