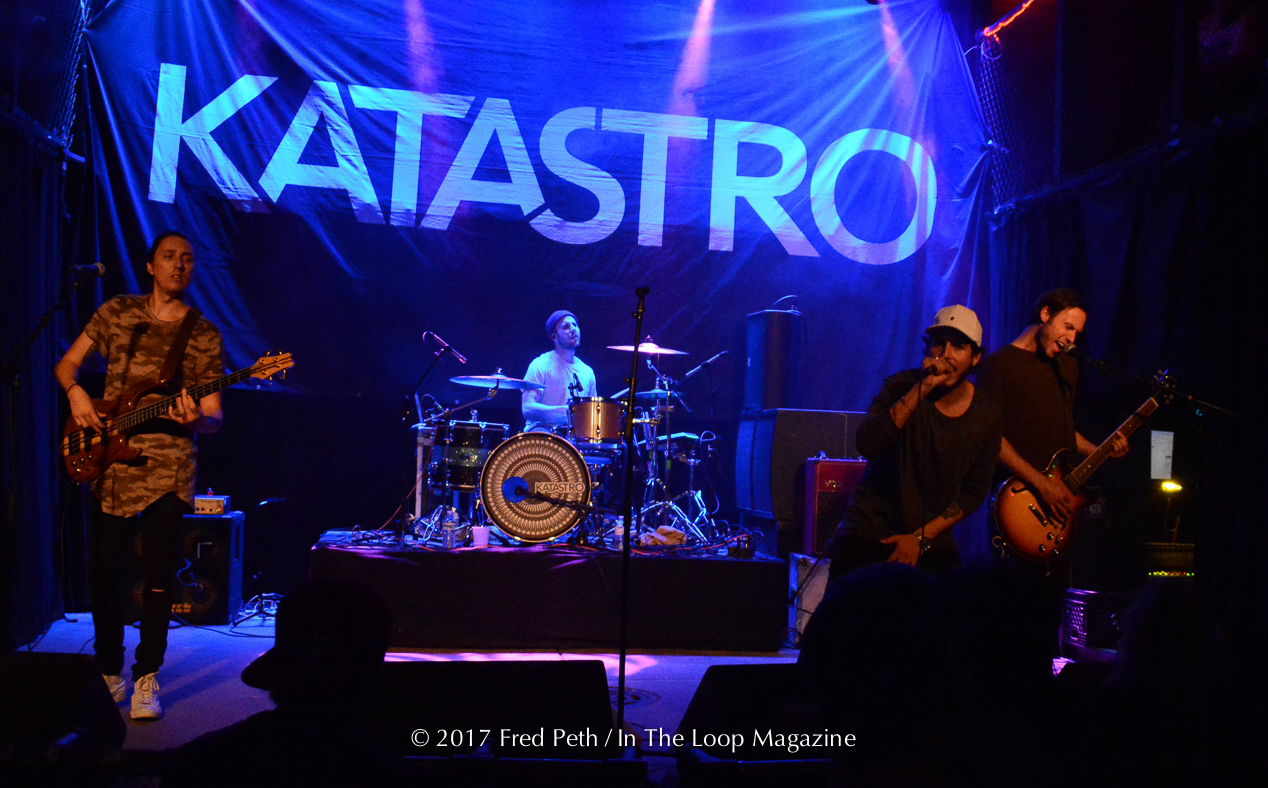 I have to give it up to Yesod Williams of the band Pepper for re-introducing me to this great band out of Tempe, Arizona. They are on the growing LAW Records label, Katastro formed in 2007 consisting of Andy Chaves (vocals), Andrew Stravers (drums), Tanner Riccio (guitar) and Ryan Weddle (bass) who later joined to complete this foursome. They started the band back in high school as a way to have fun, since they love playing shows. Andy and Ryan have known each other since they were born, which must be one of the reasons why this band sounds so tight.

Their songs fuse together a great mix of rock, blues, funk, reggae and hip-hop. Each of the members brings their own elements to the band and has proven that their hard work has paid off over the years. They have four EPs and two albums out, the latest being Strange Nights that came out towards the end of last year. Not only do they push themselves to evolve and perfect their sound in the studio, but they also put out some killer music videos and have been rocking it on numerous tours with Pepper, 311, Ballyhoo!, Dirty Heads, Rebelution, The Expendables and New Politics to name a few.

While they moved to Huntington Beach, California where more of their music is heard and has a bigger scene, they have not forgotten about their roots in Arizona and draw huge crowds when they come back to play in their hometown.

I had the great opportunity to meet the band while they were doing a meet and greet before their set. They are definitely a down-to-earth group of guys, who are truly appreciative of their upbringing. It was great to see others enjoying Katasto’s musical achievements in Chicago. They talked and interacted with their fans, while signing posters and taking pictures. I first saw the band back in 2014 open for Pepper at Chicago’s Concord Music Hall. In three short years, they are back with a headlining tour playing their hits from Strange Nights and other awesome tracks from the No Mud No Lotus album and the Gentle Predator EP.

With the Katastro logo in white lettering on a black backdrop behind the drum kit, they came out opening the night with the song “Under My Tongue“. The crowd instantly started swaying to the music and some were singing along. Andy’s full-of-life vocals combined with the polished sounds of the band brought cheers and smiles to the crowd as they moved and danced with each other. The colorful lights above the band shifted just as much as the styles of the music. They slowed things down a little when they played “Flow”, which Andy said it is one of his favorite songs to perform. The song’s slow pace weaved well with the other upbeat hits like “Oh My”, “Show Me The Road”, “Scoreboard” and “Runaway”.

Just listening to their albums does not compare to seeing them live. Yes, I said earlier that they sound great recorded, but they are even better. Andy was overflowing with energy as he moved and jumped around on stage getting the crowd to do the same during their hour-long set, which unfortunately went by too quick.

Andy, Andrew, Tanner and Ryan stay true to themselves. Their aspirations are to continue developing their fan following and grow their show size, so they can tour and create the music they love for a living. They truly showed their love of combining their skills with each other on stage and enjoyed seeing the positive reactions from the crowd.

Setlist for Katastro live in Chicago at Reggies Rock Club, 05-25.17