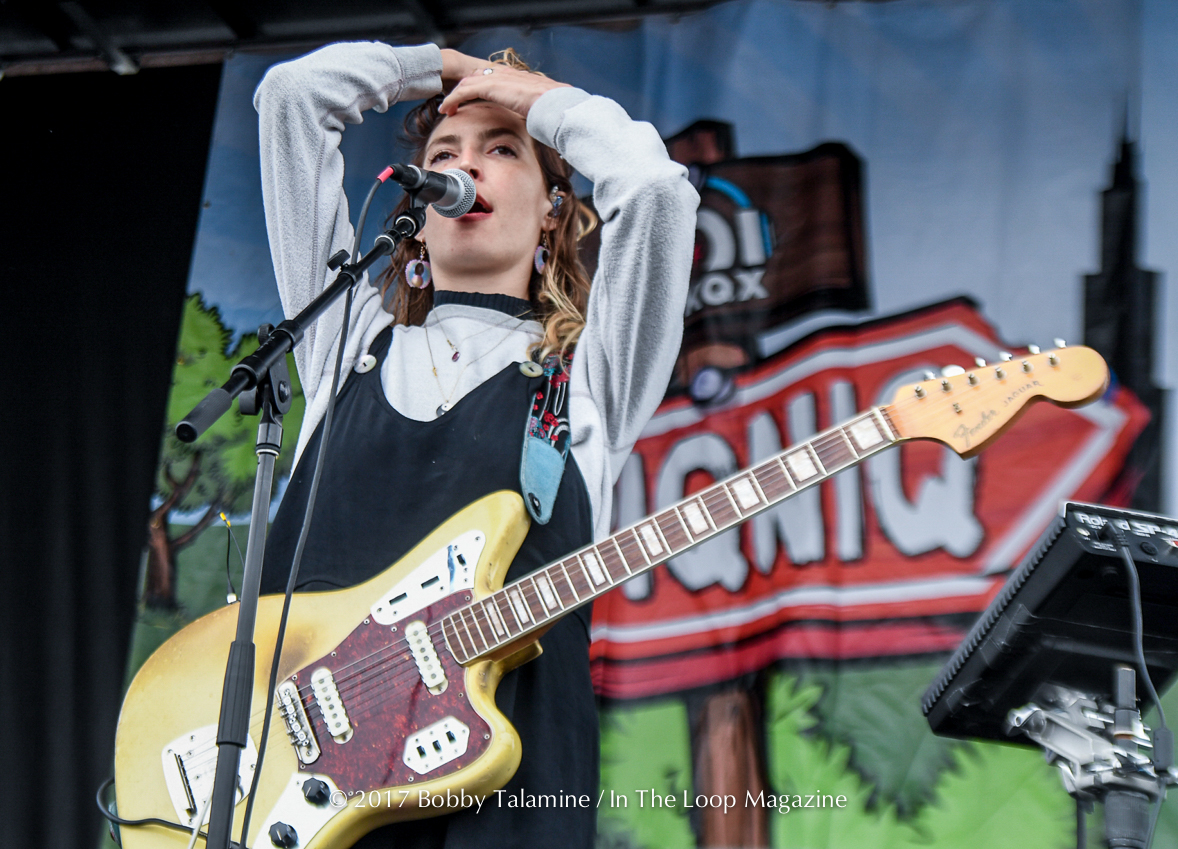 The 101 WKQX Annual PIQNIQ. Always unpredictable – mother nature wise. Since the PIQNIQ generally falls on the third week of May; we expect the worse. Lots of cold. Lots of rain. And even though it did rain a lot prior to the gates opening: all n’ all, gotta say it was downright balmy as the day went on. And nary a rain drop from beginning to end.

That’s a good thing, especially for local punk rock band Lucky Boys Confusion, who started things off from the Saint Xavier Stage. Warpaint followed, and even though they had some technical difficulties pushing back their start time, they had a fun time during their set, playing hit after hit.

Unfortunately because of their delay getting underway, this screwed up everybody else’s start time, pushing Sum 41 to play while Highly Suspect played on the main stage. I had to choose. So I chose Sum 41. I saw some photographers bolting about between the two acts. No offense to Highly Suspect: I’d rather live a simple life and photograph one of the two. Joywave and K.Flay had terrific sets as well. Stabbing Westward blasted their way through their rather short set- would’ve loved to have heard more songs from them. Great seeing them on a big stage as well. Bleachers: what a rollicking fraternity kinda band- short set with quick and punchy songs with Jack Antonoff acting as a spastic cheerleader throughout. Jimmy Eat World: as raucous as ever. Love these guys. And The 1975: cool Manchester band throwing out their 1980’s version of Level 42 and Spandau Ballet and ABC. That’s not a knock. They actually write crafty pop sings that have a mid eighties feel to them. That’s cool by me.

Have to say it was a good time from beginning to end.

Jean-Michel Jarre at the Auditorium Theatre: A Tsunami of Sound, Lighting and Visual Effects Midnight Oil Reunite For Show At The Vic Theatre, Save Us From Ourselves on The Great Circle Tour