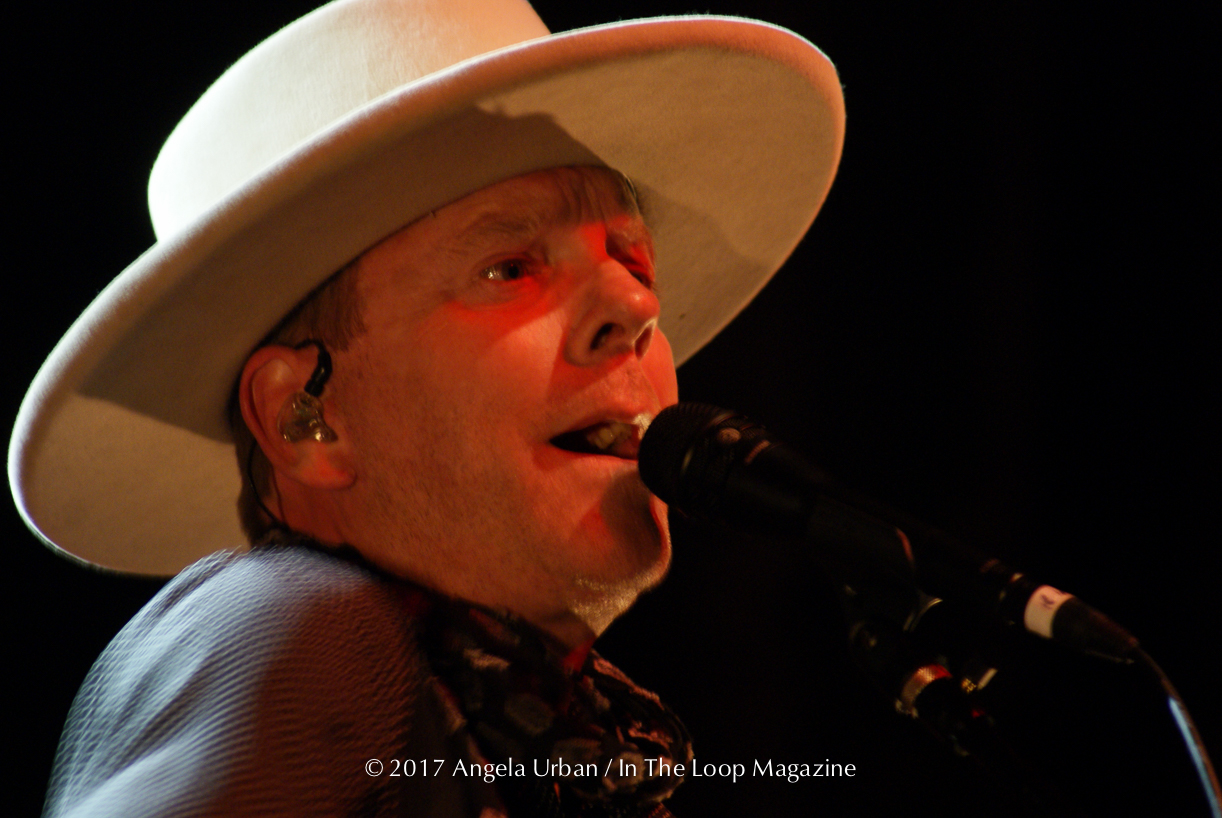 Kiefer Sutherland jumped from the screen onto the stage after entertaining us for the past 30 years on movie and television screens. It  was a pleasure to see him in concert on the final Midwest tour stop promoting his Down in a Hole album at Thalia Hall on his “Not Enough Whiskey” Tour.

He performed the songs Not Enough Whiskey, Shirley Jean, I’ll do Anything, Can’t stay Away, Truth in Your Eyes, Going Home, Calling out your name, My Best Friend, All She Wrote, and Gonna Die.

He reminisced about Chicago and several times about Moline Illinois as his co-writer Jude Cole was from there. He reminded us about his time here filming the movie Flatliners, saying how much he loved Chicago.  He even raised a glass and asked that the audience join him in having a drink with him.

Kiefer referred to his many musical influences of Kris Kristofferson, Johnny Cash, and Merle Haggard. He said one of his previous concerts was at Buck Owens Crystal Palace in Bakersfield, where he met Merle Haggard. Merle was a generous man and offered to give Kiefer a guitar. Three and half months later Merle passed away, so Kiefer performed “Tonight the Bottle Let me down”, as tribute to Merle.

During this performance, Kiefer performed a new song off of his next album called Saskatchewan. For the encore Kiefer talked about growing up in Toronto and how they listened to Rush and Gordon Lightfoot, he said you will not be hearing Rush tonight,  however he did play “Sundown” by Gordon Lightfoot.

He also reminisced about his time spent with his Dad and twin sister Rachel, when they were with their dad for 3 month going to a “No Rules Environment”  since his dad had just finished filming “Kelly’s Heroes”. His dad drove them to preschool in a 1956 Red Ferrari, playing Bob Dylan’s Knocking on Heaven door just before he performed that song.

Setlist, Kiefer Sutherland live in Chicago at Thalia Hall May 21, 2017