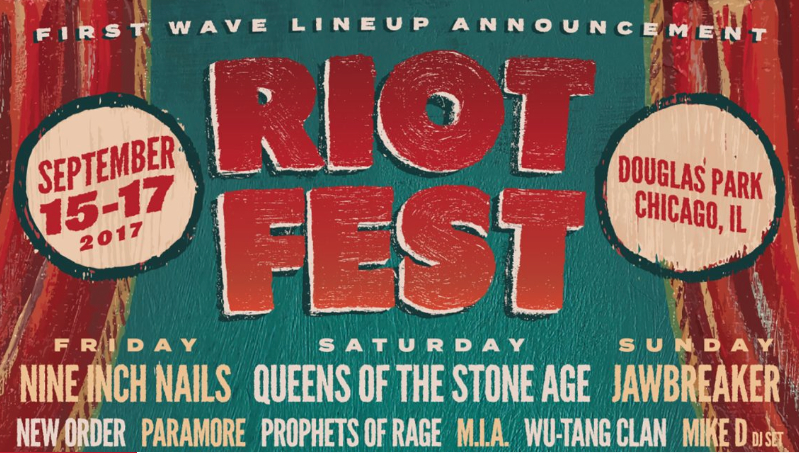 The folks over at Riot Fest announced a first wave line up for the 2017 season. It’s filled with an already impressive line up that on its own would be enough to bring in the most eclectic music fans, but this is just the first wave announcement.

According to their website, there will be at least 25 more bands added soon. There are also 4 choices of ticket packages to choose from including something called, 3 Day Pass – Ultimate VIP for $1500 (each). No details given on this one yet, but you can assume you’ll be treated like a king.

For more info on the festival, location, prices, lineup and tickets, click here