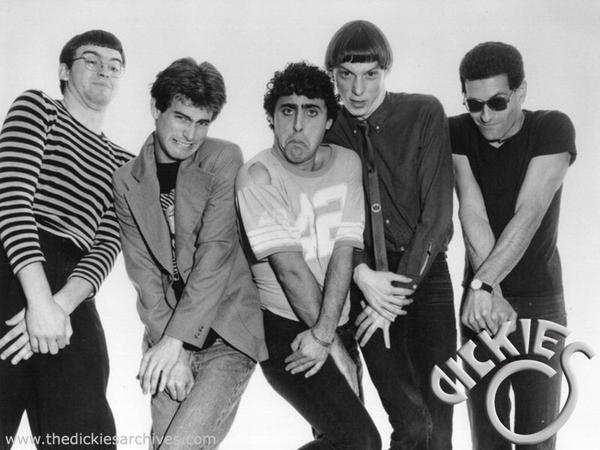 Who needs The Ramones? We have THE DICKIES!

Well I immediately retract that, of course we all need The Ramones – but when punk sprouted in the 70’s there was an equivalent on the west coast to the catchy east coast swagger of The Ramones. 40 years, a major label deal or 2 and one of the best movie soundtracks ever (Killer Klowns From Outer Space) well The Dickies survive … and flourish.

Before catchy pop punk got called Green Day, The Dickies wrote the manual and on this balmy Friday night in Chicago they displayed the mastery of heavy but poppy riffs and extremely catchy lyrics. Firing through classics like ‘Manny, Moe and Jack’ and the epic ‘If Stuart Could Talk’ (complete with an appearance from Stuart, of course) The Dickies played with an energy that peers 30 years younger cant match. The Dickies are always the principals of Stan Lee and Leonard Graves Phillips, but this incarnation brought an extra dose of energy musicianship.

When you have so many 2 minute masterpieces it’s tough to make a set list, this reviewers only gripe is the actual set length, we could’ve used another 20 minutes ago – if the mosh pit could’ve stayed upright.

Now when is that long awaited new album coming out???