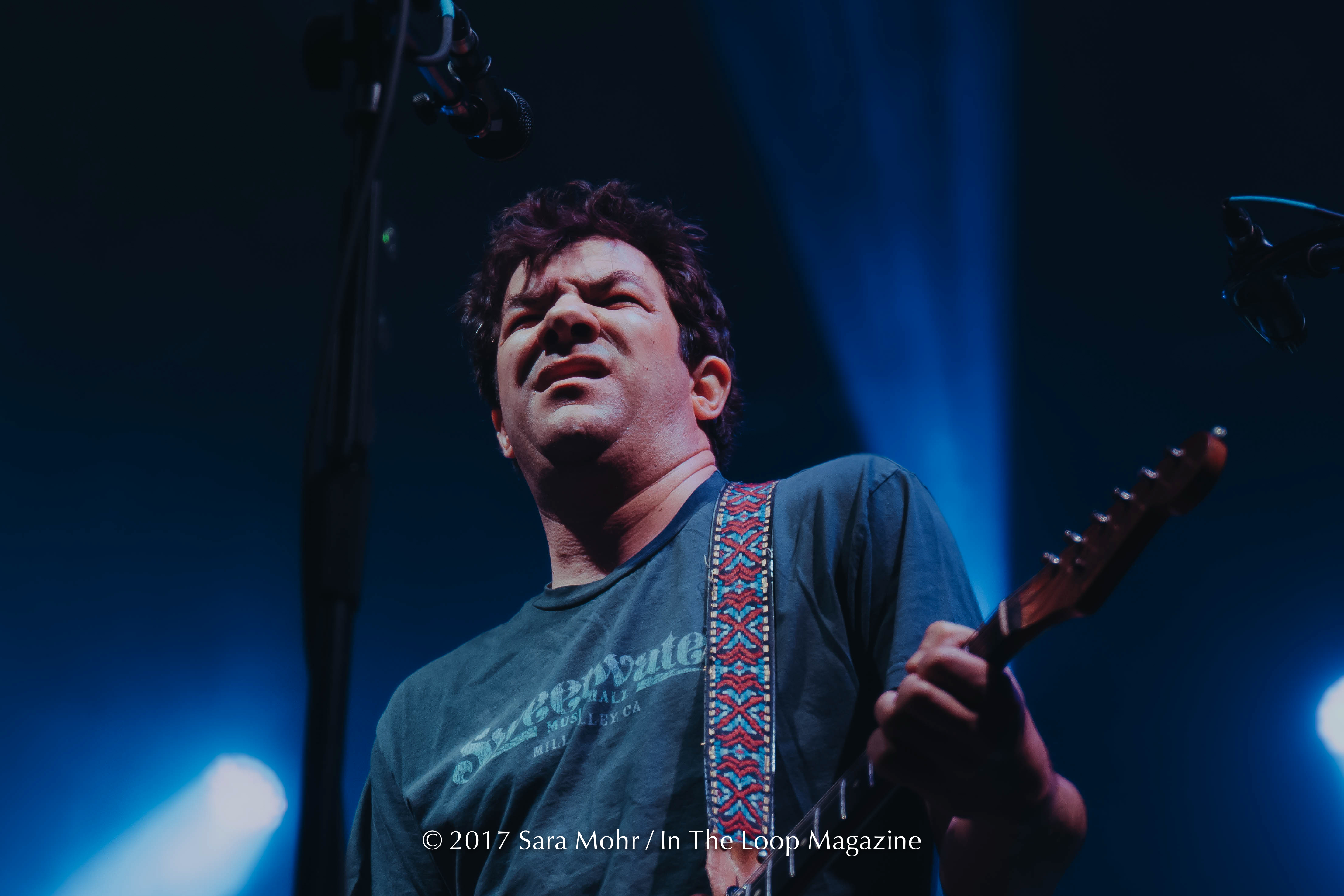 A Ween concert isn’t for the faint of heart. Not because of blood or gore, but pure rock and roll.

Making a comeback to the music scene in 2015, their first in four years, the beloved alt rock band Ween decided to celebrate two nights of St. Patty’s day with their dedicated Chicago fan base. Their return to the city had been eagerly awaited since their appearance at 2016’s Riot Fest and that was clear. The line was pouring out from inside the Aragon, down the street and into the parking lot adjacent to the venue. Fans soon began shuffling inside, each and every one anxious for the events of the night. It felt almost like black Friday shopping; people bustling around as they rushed to get inside and secure their spot for the band’s performance. I entered, and soon made my own way through the crowd that surrounded their merch area, and up the stairs into the room where my world would be rocked.

The wait was practically torture; lights flashing with the occasional tech appearing on stage to make sure everything was in working order. It earned a few fans screaming towards the stage for the duo to finally show their faces. As the boognish (their famous band logo) appeared towards the back of the stage, the crowd went absolutely insane. Opening with “Transdermal Celebration”, off their 2003 release Quebec, it was easy to see that the band was as equally happy to be back as the fans were to see them. They sung along at the top of their lungs, proving not only their dedication, but their love for Ween. It was when that first song ended that a silence hung over the men on stage, almost in awe of the thousands in front of them. Soon after, Aaron Freeman, more famously known as Gene Ween, finally stated how good it felt to be back. The grin on his face, as well as that of his counterpart Mickey Melchiondo (Dean Ween), made it all too apparent that this was a genuine statement. Transitioning swiftly into their next song, “Nan” from their first studio release GodWeenSatan: The Oneness, the night was only beginning.

The setlist was sprinkled with a bit from each album; their first to their last (La Cucaracha) with everything in between. I watched as two fans leaped in surprise as the band began playing a song they were hoping for and others danced endlessly to all their jams. I couldn’t help but smile. There were smiles everywhere, really; new and old fans experiencing Ween for the first, or fifteenth time. Those on stage included, their passion for this music and love for their fan base more than obvious. No one could look away as the colorful lights flashed and Dean Ween slayed each and every guitar solo he was given. The backing band brought the whole ensemble together, leaving so many transfixed by their rad alt tunes. It was clear that years had passed, but as far as anyone was concerned, the music still vibrated through us all at unreal paces; tugging at our heart strings and kissing our ear drums while nostalgia settled in our chests. With so many singing, dancing, and staring in awe — there was no way anyone in that room was having a bad night.

After a twenty-two song setlist, the band lead us all to believe the show was over, even though no one would have it. They waited and chanted and begged for an encore, which Ween was generous enough to provide. Unfortunate for the few that chose to leave before the band appeared back on stage. I was surprised anyone had anything left in them, but with four extra songs, the cherry was placed on top of the sundae. The concert finally came to a complete close with one last belt of “Ocean Man”, from their 1997 release The Mollusk, and everyone soaked in the very last bit of Ween that they possibly could. There were many who seemed as if they could stay in that moment of bliss forever, and their hearts ached for just one more song.

Words of appreciation weren’t necessary, as everyone in the room felt the sweet serenity and love for the band and for one another. Among the music, the lights, and the general aura of the show, even myself — a mild fan, left with a completely new appreciation for Ween. If you’re 30 years late on the news, check these guys out and see them whenever they come to a town near you. I can guarantee you’ll fall in love as those thousands did once, and as myself and many others did just the last night.

For more on Ween, including current tour, click here

For photos from the Ween show at Aragon Ballroom, click here

SETLIST: Ween live in Chicago at The Aragon Ballroom, March 16, 2017