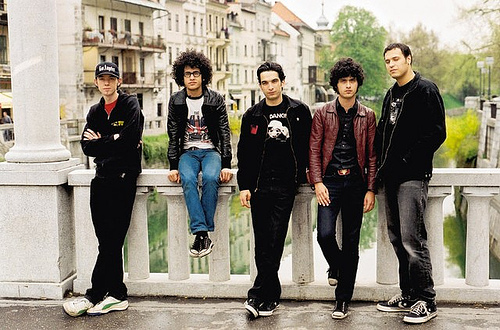 At the Drive In have announced a new album, in•ter a•li•a. It’s their first in 17 years, following 2000’s Relationship of Command. The record (whose title is Latin for “among other things”) is out May 5 via Rise Records. It was produced by the band’s Omar Rodriguez-López, as well as Rich Costey. At the Drive In have also shared a new track from the album, “Incurably Innocent.” In a press release, frontman Cedric Bixler-Zavala described it as “a song about sexual abuse and being able to finally speak out.”

They have released the tour dates for Spring/Summer of 2017 and they include a stop off at the Aragon Ballroom in June.

For more on At The Drive-In, latest music and tour dates, click here