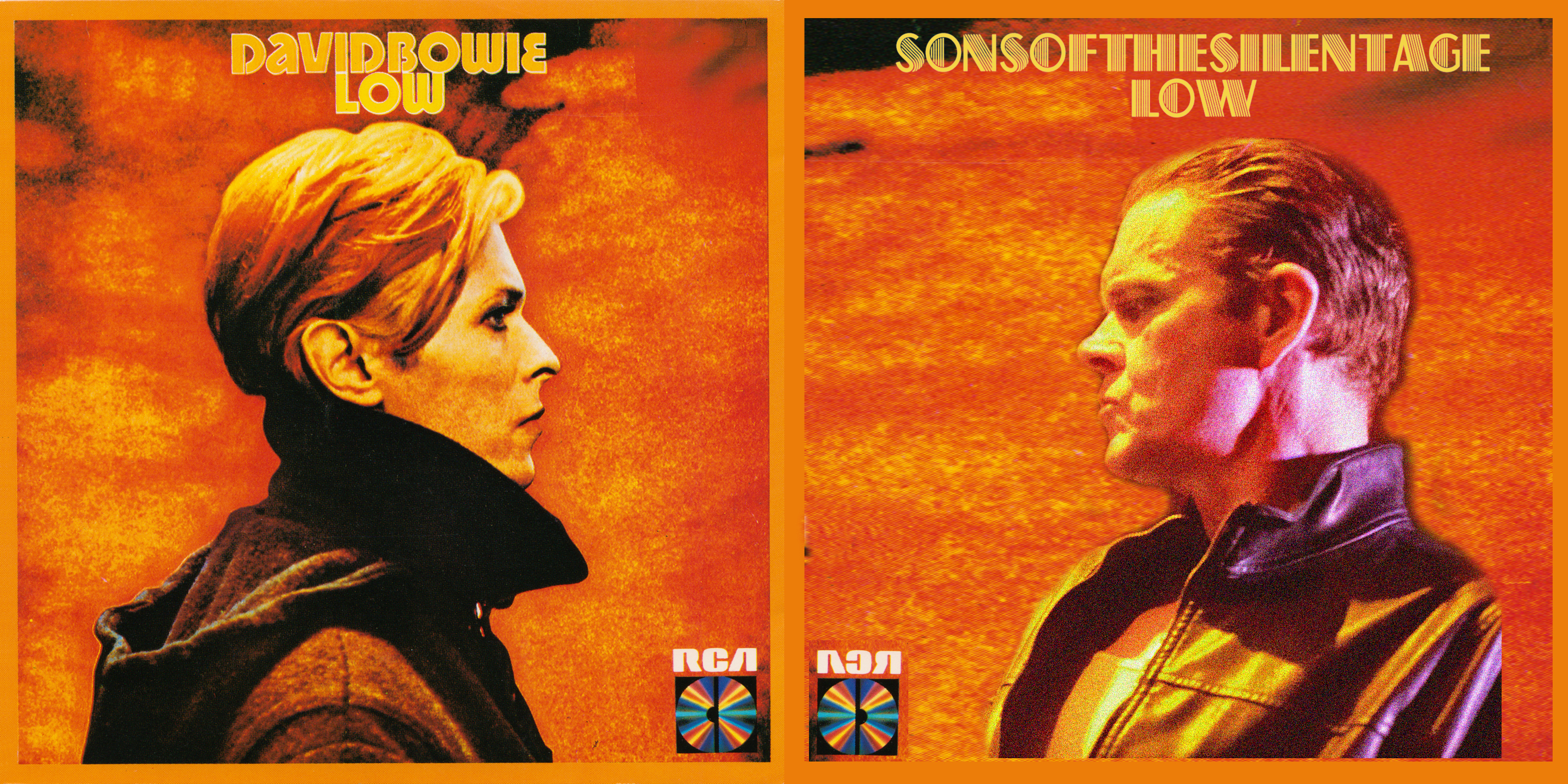 Chicago’s David Bowie tribute supergroup known as Sons of the Silent Age, has only been around collectively for about 3-4 years, but this past Sunday, they performed the 40 year old Bowie album, Low, in it’s entirety. This marks another milestone for the Chris Connelly lead band from the windy city as they have done this and so much more in such a short period.

Sons of the Silent Age performed Low as part of the annual TNK (Tomorrow Never Knows) festival. This is the festival put on by Lincoln Hall and other local clubs that celebrates musical diversity in the city of Chicago by putting on a five-day event spread out around town. The Metro was the home for the final day of the festival and Sons of the Silent Age headlined it.

Chris Connelly, as Bowie, truly channels his being and essence more than anyone else in recent years. He has a special gift for not only physically transforming into the Thin White Duke, but sounding like a clone. The Scottish born virtuoso has been around the block in the music industry performing in such bands as Ministry, The Revolting Cocks and many more as well as a writer and teacher.

The main music man behind SOTSA is Matt Walker. He is a world class musician, born and raised in Chicago, whose resume includes drummer for Morrissey, Smashing Pumpkins and more. He takes up the challenges of composing the works of David Bowie into a form that he and his peers perform live. He literally takes the role of conductor for this outing.

“Low” is part of what is known as the “Berlin Trilogy”. It was his 11th studio album and first of three of the Berlin sessions as a collaboration of the music minds that included Brian Eno and Tony Visconti. A collaboration that would further Bowie’s growth in avant-garde and electronic music style. This is one of the more difficult albums for Bowie to perform live as it was mainly designed as a studio session recording. Bowie toured with it later as part of the Isolar tour of 1978. It, combined with Heroes, had a short lived run in the US that included only 19 dates. Two of which where in Chicago at the Arie Crown Theatre. Bowie toured with 8 other musicians to make this sound possible.

Flash forward 40 years to January 15th, 2017, we hear this album again performed live, probably for the first time since that `78 tour with Sons of the Silent Age.

SOTSA consists of a group of incredibly talented Chicago based musicians all from other backgrounds and styles. Chris Connelly as Bowie, Matt Walker on drums, conductor, vibraphone/xylophone and percussions, Robert Byrne on guitar and keys, Rich Parenti on saxophone, backing vocals, keyboards and percussion, Claire Massey on backing vocals, keys and percussion, Carolyn Engelmann on piano/keyboards, Alan Berliant on bass guitar, Steve Gerlach on lead guitar, Marcus Johnson on percussions. Each one of these members as talented as anyone from Bowie’s lineup.

The night started out with the opening track off Low, “Speed of Life”. Everyone in sync with the track and each other. The show continues on through the entire album, track after track. After the final song, “Subterraneans”, Connelly announces they will be back after a brief intermission with more.

When they come back, we find Connelly in another costume change. Throughout the night was saw him in a white kimono, a grey suit and tie, a black suit with striped shirt and hat (looking a bit more like David J from Love and Rockets) and a classic jeans and jacket approach that started the night off.

Matt Walker took on many hats in this performance. He stepped out from behind the drums mid-show to conduct a portion of the performance as Marcus Johnson filled in on his kit. Walker also welded mallets for a xylophone/vibraphone section.

The second half of the show was Bowie hits and deep cuts. As you’ll see by the setlist below, there were some crowd pleasers like “Fame”, “Let’s Dance” and “Under Pressure” sung by Connelly and Clare Massey. During “Let’s Dance”, Rich Parenti’s 15 year old son, Rufus, joined him with a Sax and jammed along with the band.

The Metro was packed for this one. Kind of a surprise for a late Sunday night show. A hard task to do for any band. Sons of the Silent Age has a following. There are regulars who have been to every show. New Bowie fans have learned about our Chicago secret and joined in. It’s a great group of people on both sides of this event.

After this performance, it left me wondering, will there be more from the Berlin Trilogy? In October, will there be a Heroes 40th performance? And then again in 2019 for the Lodger album? If the bands past continues, I would assume so.

For more on Sons of the Silent Age including future performances, click here

For photos from the Sons of the Silent Age live at the Metro, click here

For a video sample from the Sons of the Silent Age live at the Metro in Chicago, click here