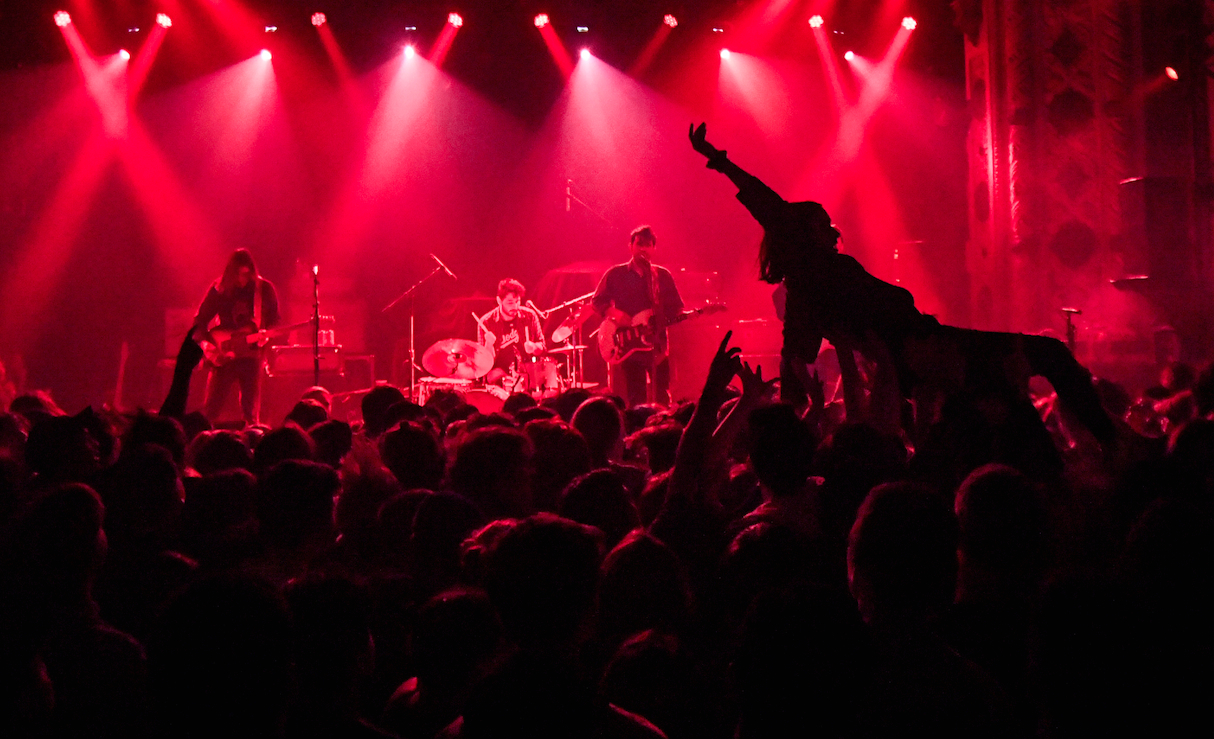 Chicago’s Twin Peaks: Relentlessly unhinged at the sold out Metro Chicago. And this is how Chicago’s own Twin Peaks ends their tour; with three shows in Chicago- two at Thalia Hall, and the Metro sandwiched in between.

Twin Peaks are a fun and raucous band to see live- having developed over the years a solid underground and fervent fan base, equaled by a volatile live set which the kids have come to expect over the past couple of years. What I’m getting at is body surfing. Lots and lots of body surfing. From song one to the end of the show. Doesn’t matter if it’s a slow melodic song, a ballad, or something more uptempo. The kids have come to jump up and down, and body surf. The band feeds off this energy, and from the back of the sold out Metro, you can feel the heat coming off the dance floor.

Twin Peaks has gained a reputation for unglued shows and unpredictable behavior, but that does not tell the whole story. These guys actually have developed musical chops over the past couple of years, and they actually can play with a vengeance, and write some catchy tunes as well. They certainly know how to keep the attention of their fans, who as we all know are easily distracted at any given show with their cell phones and social media coming first- the band second. With Twin Peaks, it’s the other way around.

With Twin Peaks, there is no “Front Man” to lead the chaos. All band members provide their own unique personality to the mix, and they all take turns in singing lead vocal. Twin Peaks are a band’s band- like they figured out early on that it’s “One for all- all for one”, and if the ship goes down, a guitar string breaks- everyone is to blame- and no one gets thrown under the bus.

You’ve got to like this about a band- that they have such camaraderie to get by with mistakes- and that they’re not jaded and full of themselves. Yet.
As for opener together PANGEA: similar vibe as Twin Peaks, only a mellower song setlist. This didn’t stop fervent body surfing though. Seems at a show like this- everyone wants to body surf and have a good time.

Setlist for Twin Peaks live in Chicago at the Metro: