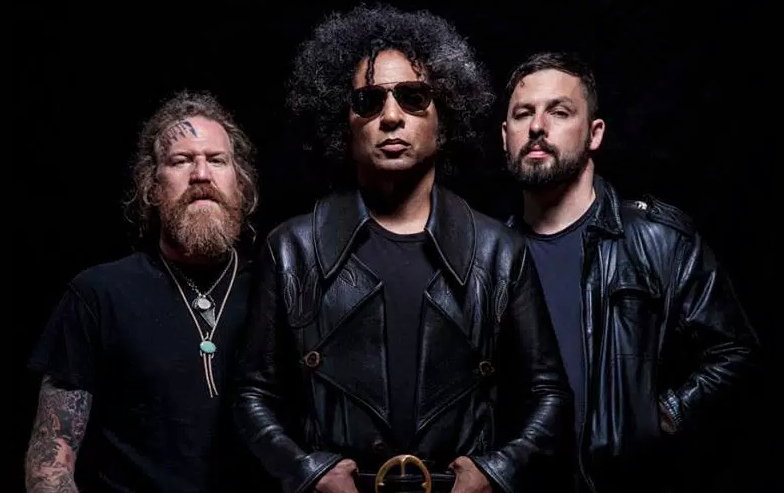 GTO and MASTODON guitarist, Brent Hinds, suffered a severe break of his leg a few days ago in his hometown of Atlanta, GA while starting his motorcycle. This injury will require surgery and take a month for Hinds to walk again. It will also prevent Hinds from hitting the road with his GTO brethren – William DuVall (Alice In Chains), Ben Weinman (The Dillinger Escape Plan), Thomas Pridgen (The Mars Volta) and Pete Griffin (Dethklok / Zappa Plays Zappa) – a tour that was to start on Tuesday, November 29th in Boston, MA.

Rather than put on a fraction of the show they could – the band has chosen to postpone the dates until such time as Hinds is healed and their schedules can be aligned again. “We are so disappointed that we won’t be seeing the fans this month,” says Weinman. “We didn’t feel like we would be giving you guys a real GTO show if we went on the road without Brent. We decided to rest up and add some more dates to what we intended to do, and tour sometime in 2017. We are breaking out our schedules and figuring out how to make it work.”

BROKEN LINES, the band’s critically-acclaimed debut release is available NOW!   LOUDWIRE says of the release “GTO features some of this generation’s most incredible musicians… they could have made the weirdest music imaginable, but they decided to take each other’s established styles and create something more smooth and soulful…” EXCLAIM adds “The stadium-minded ensemble strikes a great balance between fearless exploration and casual virtuosity with unabashedly catchy classic rock-isms pulled and bent from across the genre’s history. Such an expansive sonic playground gives all the members plenty of space to exercise their vast abilities…”

For more on this and future updates, click here