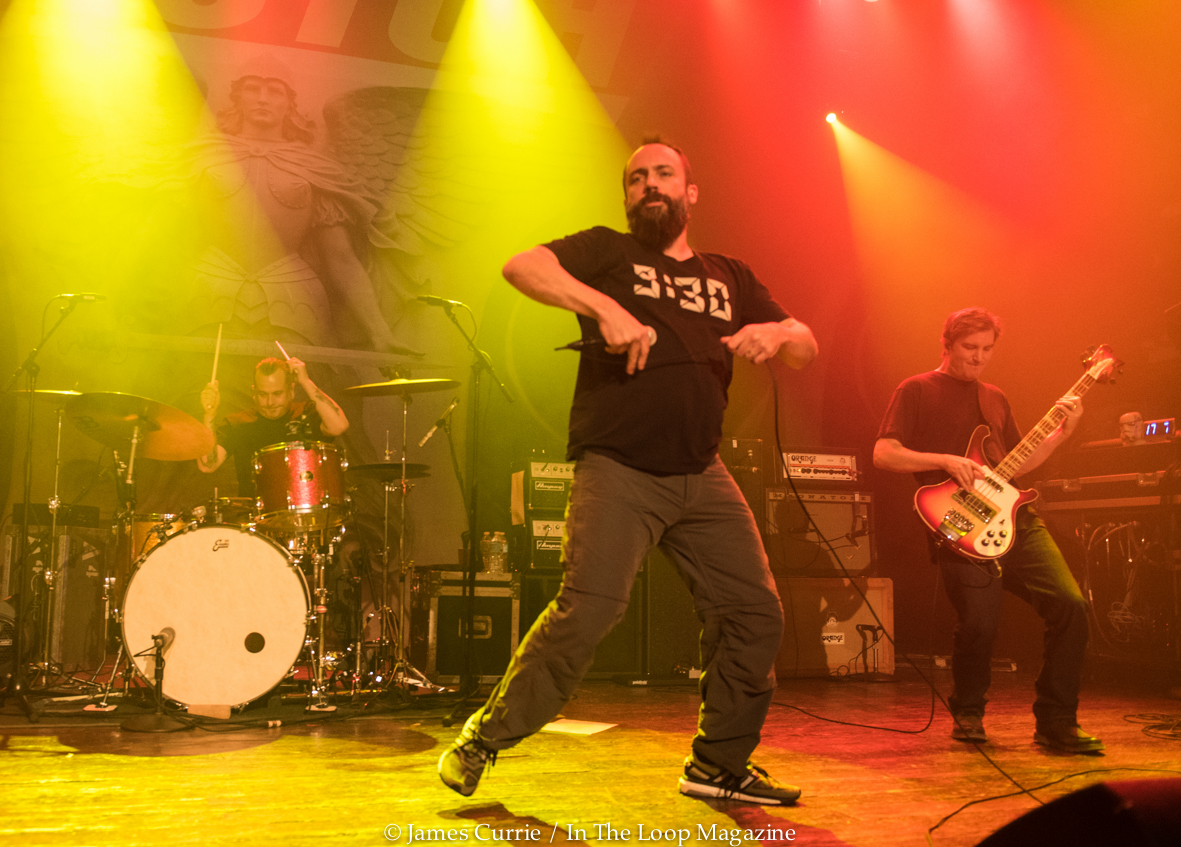 Zakk Wylde is a man of many talents, and apparently bands. This time around, he brought out his supergroup, Zakk Sabbath. A three piece tribute band. One of the greatest, if not the best, Black Sabbath cover bands ever. Wylde played lead guitar for the former Sabbath frontman, Ozzy Osbourne, for many years before breaking out and doing his own thing. This is his tribute to his idols.

Zakk Sabbath has played a few gigs in the past couple years. This time was opening for Clutch at the House of Blues in Chicago.

The short but sweet set started with sirens and red warning lights flashing as War Pigs was about to begin. The house was dark, the air raid sounds swooped around the room as the audio assault began swift and heavy as they played on through a half a dozen olde skool classics. Wylde even comes down into the audience for an amazing 6 minute solo. Goes deep into the crowd center of the floor and just jams for the fans.

Next was the main event. Clutch took the stage after Zakk Sabbath.

There was no stopping the high energy set that Clutch brought to House of Blues as they continued their Psychic Warfare World Tour. Their performance included a great combination of their music expertise from throughout their 11-album catalog. Clutch’s start began back in 1991 in Germantown, Maryland, while the guys were in high school. The band consists of Neil Fallon (vocals/guitar), Jean-Paul Gaster (drums), Dan Malnes (bass) and Tim Sult (guitar).

The band got right down to business starting the night off with “Who Wants To Rock?” from their album Jam Room and seamlessly continued into The House That Peterbilt. The crowd instantly joined in cheering and singing along as they banged their heads. Neil kicked it up a notch with X-Ray Visions and the crowd responded going into hysterics. His unique voice and passionate approach to the crowd showed on Firebirds. The band was perfectly in sync backing Neil’s vocals rounding out their powerful approach. The crowd saw Neil on guitar during A Quick Death In Texas as Dan brought out the funky side of the song.

Throughout the night much of the crowd was singing above Neil. This goes to show the great level that Clutch performs each and every show. They keep their crowd’s energy high feeding off of them never to disappoint as the crowd urges the band to bring more. We saw Neil once again on guitar for the song Son Of Virginia. This was a nice funky/bluesy song to slow things down a bit and let the crowd catch their breath. We were quickly back jamming and screaming with A Showgun Named Marcus to end the set. Clutch kept us waiting for a few minutes as they left the stage making sure they heard our “Clutch, Clutch” chants backstage getting them to come out for a couple more songs. The encore included Escape from Prison Planet and finishing off the night with Electric Worry.

Much of the crowd was sweaty and their voices hoarse by the end of the show. Clutch brought everything they had keeping us on our toes as they constantly change their setlist each time they come to town. It is great to see a band that transitions from song to song and does not fill in the breaks with a lot of talking. For the ones who have seen them before I am sure they will go see them again. For the ones who missed the show, do not miss the next time they are in town. You will not be disappointed.