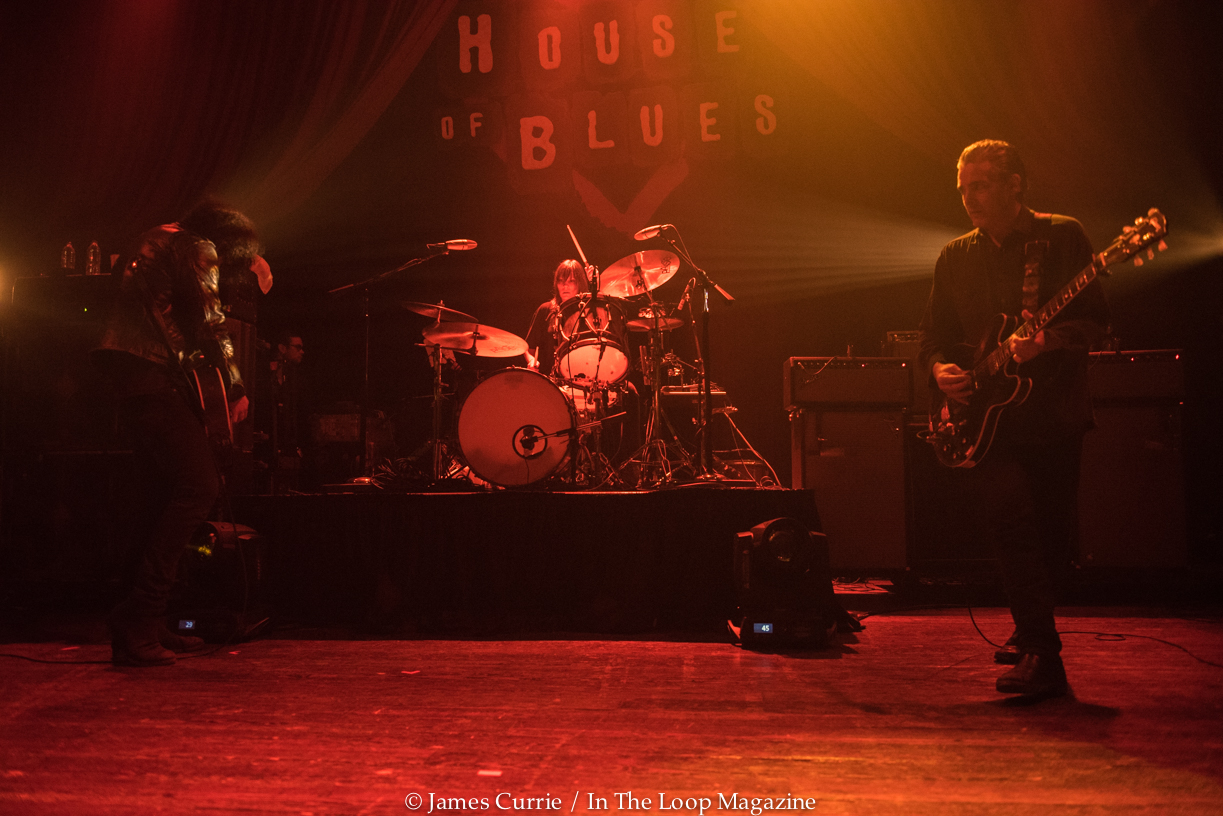 When it comes to rock n’ roll, simplicity is the key to a strong foundation. A lot can be done with straightforward melodies, simple arrangements, and a lot of punch, which is exactly what Black Rebel Motorcycle Club brought the House of Blues on Thursday.

Taking a break from work on a new record and currently on a co-headlining tour with Death From Above 1979, BRMC’s is a ‘power trio’ in the best sense of the world.   Guitarist/bassist/vocalist Peter Hayes, bassist/guitarist/vocalist Robert Been, and drummer Leah Shapiro delivered a career-spanning set with a few surprises, and seeing the band live is a reminder of just how much they can do with a strong sense of self-identity and some subtle shifts in style. Tunes like “Ain’t No Easy Way” and “Beat the Devil’s Tattoo” from 2005’s Howl, while starkly stripped on record compared to their previous work, integrated seamlessly with balls-to-the-wall rockers like “Six Barrel Shotgun” and “Conscience Killer.”

Some technical issues behind the scenes led to an impromptu but welcome acoustic rendition of “Sympathetic Noose,” another Howl highlight, and if anything, the band’s most recent record (2013’s Specter at the Feast) was under-represented given how recently the band was out supporting it. But the inclusion of just a couple of Specter tracks spoke to how easily the band can pull from any part of its catalog and find cohesion; mid-set new tune “Haunt” was a perfect example, a slow-burning, plaintive melody around a building arrangement that delivered heavily on atmosphere. Been and Hayes are a duo to be reckoned with, trading off vocals with regularity, and Shapiro is one of rock’s most unsung powerhouses, balancing the perfect amount of restraint on “Cold Wind” before shaking the floor for 2008’s “Berlin,” one of the band’s strongest singles.

It’s been a tough few years for BRMC, having faced down deaths in the musical family as well as serious health issues, but as a unit, they’ve clearly never been stronger. Whatever they deliver next, it likely won’t have fans asking what happened to their rock n’ roll—BRMC delivered that to their Chicago fans in spades.

Whatever Happened to My Rock N’ Roll