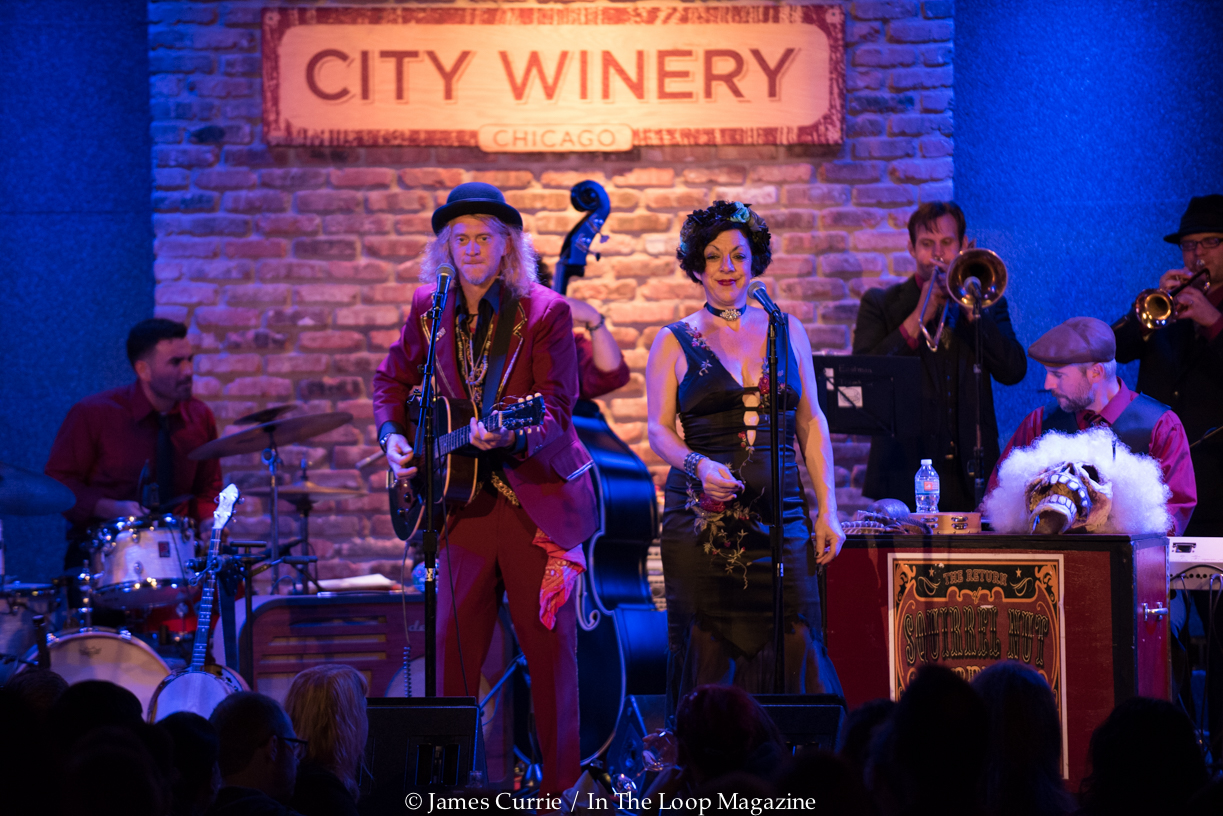 After a 5 plus year hiatus, as frontman Jimbo Mathus exclaimed: “The Squirrel Nut Zippers are back!”

After an on again off again decade Jimbo is back on the road with a fiery new hothouse band and show to celebrate the 20th anniversary of the breakthrough album “Hot!”. Mathus made comment, “This is not a reunion, but a revisit, a revival of our antique music”. This incarnation is void of 2 key players: Jimbo’s ex wife, Katharine Whalen and Tom Maxwell who exited amidst lawsuits and ‘he said she saids’. Well Jimbo went out and put together a really talented group for this tour. All reports had original drummer, Chris Phillips, performing on this trip but he was replaced by Wilson Bernard III, no explanation given. Bernard and double bass player, the fun and energetic, Tamara Nicolai laid a punk infused 40’s jazz backbone that had the room jumpin’!

The show itself – WOW! More energy than teen hardcore band and more musicianship than any given night at the CSO. This was a clinic. The aptly named ‘Dr. Sick’ traded off instruments (saw, fiddle, banjo), sometimes mid song, to give accents to this music that defies labels. Rattling through favorites like “The Suits are Picking up the Bill”, “Put a Lid on It” and the breakthrough hit “Hell” the band showed that they could lead a new movement in ‘alternative music’ if they decided to charge on as a unit. The highlight of the night was a perfectly executed version of the “Ghost of Stephen Foster” complete with a beat on timed out video playback that is stunning for such a live band.

Jimbo was lively and told many tales throughout the night. Funny stories about song creation, where they’ve been during this long time off and what they’ve become now.

After the Zippers played the final song on stage, the house thought that was it. People started to clear out. A few minutes later, we heard a loud whistle blow and cymbal crashes. All attention turned to stage right as the band was now making it’s way through the crowd in typical New Orleans style jazz band march. Jimbo led the way through the house as they each carried an instrument and played a Dixieland tune like something right off Bourbon Street. They marched and danced right on through and out to the lobby were they greeted their fans.

The venue itself was the perfect room for this revival. Great sound, sightlines and management smart enough to clear a space for dancing. And you didn’t just want to move to the music – you had to!

Let’s hope that Jimbo capitalizes on this momentum and more live shows and an album are things we can expect in 2017.

For more on The Squirrel Nut Zippers, including this current tour, click here

For photos from the show at City Winery in Chicago, click here