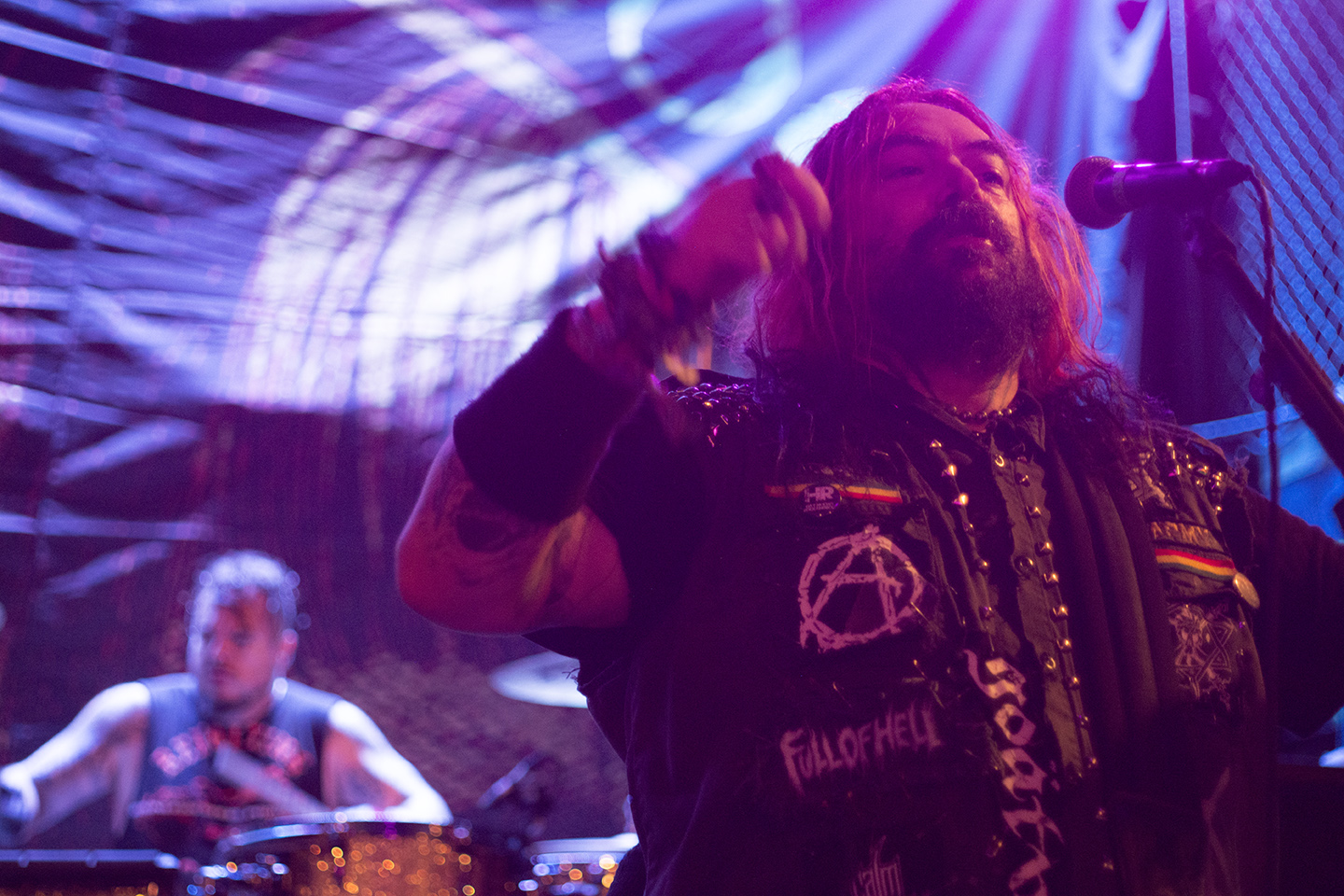 Return to Roots is the title of the tour. The two brothers responsible for putting Brazil on the metal map reuniting for the first time in a long time to bring us Sepultura classic songs the way they should be: sung with all of their native Brazilian grooves by, well a Brazilian – not some guy from Cleveland (no offense Mr. Green). Max and Iggor may have not had the savviest lawyers and lost the rights to use the name Sepultura, but let’s be honest: They ARE Sepultura.

Before the brothers took the stage Combichrist warmed up the crowd with, well, a straight up metal set. It’s been years since I’ve seen Combichrist – they USED to be an industrial band – that ship has sailed. Sure you can hear the tinge of keyboards here and there and an occasional splash 4 on the floor madness but this was a metal band. Not since Ministry moved from synthpop to thrash have we seen such a transformation. Well there’s good news, they were an excellent industrial band but they’re also a pretty decent metal band. As an opener on metal tour, perhaps, they don’t get to explore some of the older material in that sense but songs like “Slakt”, “Never Surrender” and “We are the Plague” are fist-pumping anthems in their own right.

…on to the headliner: Max with his mono-dread and Iggor sporting a RevCo shirt (we should note the music between Combichrist and Max & Iggor was mainly old Chicago industrial, so the shirt fit right in) well the brothers wasted no time reviving a song to song recreation of the album “Roots” opening with the tribal-metal anthem “Roots Bloody Roots”. 20 years later these songs are as fresh as ever and hearing Max slash through the vocals makes them seem even more relevant. This was not a nostalgia trip, this was a master presenting his opus. The native instruments, fantastic tom work by Iggor and thrash and groove metal riffs could have been written yesterday.

The novelty of these ‘play a whole album’ tours is you may get to hear songs you dig and they never play live and sure that’s fun but it also eats up some time for songs you really want to hear! One or two form ‘Arise’ or ‘Chaos A.D.’ would’ve been welcome – perhaps there’s anniversary tours in store for those ??? What we did get was a blistering rendition of the full album followed by two covers the slow dirge of Celtic Frost’s “Procreation of the Wicked” and an homage to one of the guys who started it all: Motorhead’s “Ace of Spades”.

For more on the Cavalera Brothers tour, click here