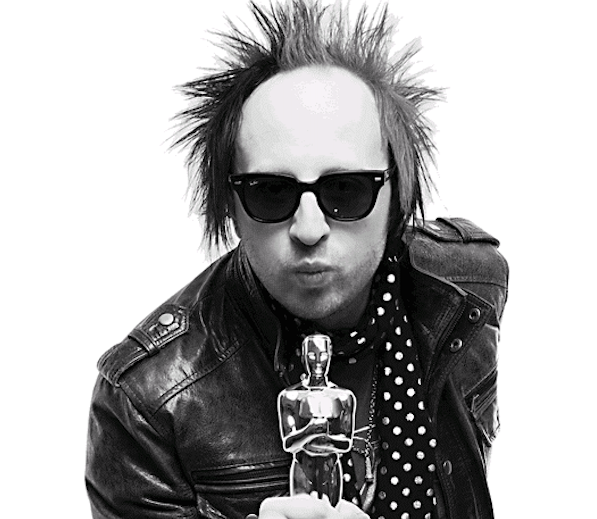 It appears that not all as it appears is true in the Chicago music scene. At least that seems to be the case for local Chicago man, Damon Ranger. On Friday, live during the Mancow show, Mr. Ranger was called out in front of his friend and thousands of listeners about his credentials as an Academy Award winner.

During Friday’s broadcast on 97.9 The Loop, Erich Muller flat out asked Damon Ranger if he indeed was an Academy Award winner, not only that, but questioned many other of his claims. It seems this sparked a sudden interest in Ranger’s name and history with the industry he’s been touting for the past couple decades.  He’s been seen carrying around an Academy Award at several events like Lollapalooza and various other public appearances. Even letting others hold it for photos.

Several news outlets have started to do their diligence and research to get to the bottom of this, including us here at In The Loop Magazine. So far, there has been no definitive proof Ranger was ever awarded and Oscar, nor much of anything else.

A little background on Ranger, Damon Ranger (Damon Lorien Ranger) born October 1, 1980, Waukegan, IL, is an award winning American musician, songwriter, television personality, photojournalist, editor based out of Chicago, Illinois. The story continues as, Ranger has won a Grammy for his songwriting contributions with Kanye West, an Academy Award for his writing contributions on the “Life of Pi” Score, an MTV  Video Music Award for his work on the Smashing Pumpkins ‘Tonight’ video, has won an Emmy for the radio show he hosts with Charlie Wojciechowski and Art Norman and has won an Emmy with his band Blackbox for which he is a is singer/songwriter/guitarist. He’s also an actor (and apparently a pretty good one), editor, videographer and television personality who also works for the CBS in Chicago and also works as an Entertainment Reporter for WBBM and JBTV to name a few. He also claims to have worked with Taylor Swift and Jennifer Lopez.

Ranger has also made claim to working with and co-writing songs with Katy Perry. Specifically with the song, “Roar”. We tried to find proof of this and came up empty. According to AllMusic.com, the credits for that song come up as being done by, Lukasz Gottwald, Max Martin, Bonnie McKee, Katy Perry and Henry Walter.

Currently, Ranger has been busy writing and producing with Twisted Sister’s, Dee Snider on his latest solo release, “We Are The Ones”. Ranger also joined Snider live on stage at Riot Fest this past weekend.

In The Loop Magazine will report more as it develops.