Andrew Bird New Album and Concert In The Park 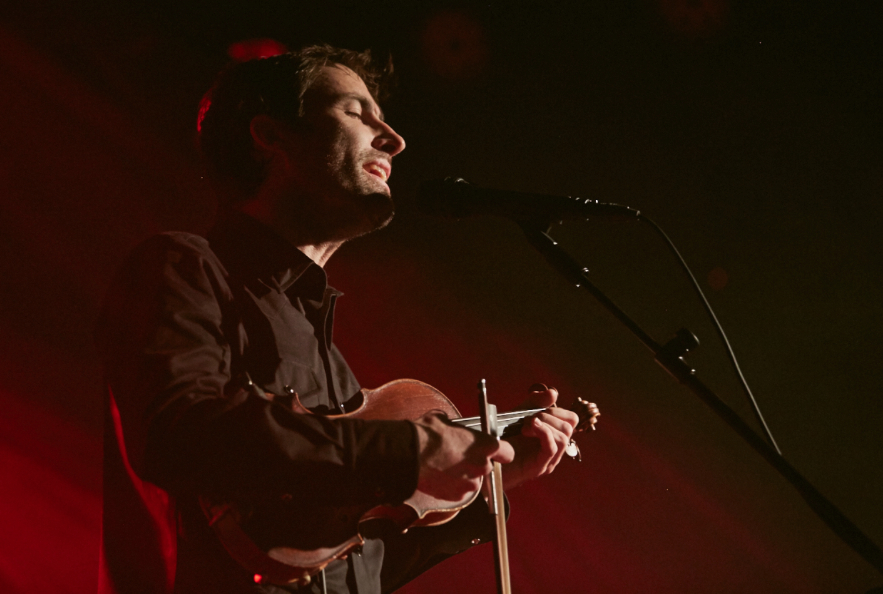 It has take him nearly five years but Andrew Bird has finally released an album of new music. As one of this towns favorite sons, it is big news since his music is a highly individualized mix of jazz, baroque pop, art rock, and symphonic elements that belong entirely to him. As a multi-instrumentalist (violin, guitar, and xylophone), vocalist, and whistler (he has single handedly made whistling cool again) he has taken his education at The Northwestern School of Music to new heights. The New Are You Serious? is hardly a departure but on September 7  at the Pritzker Pavilion in Millennium Park he showed it off with a show packed with virtuosity and dazzling skill with a minimum of fuss  or his tendency toward cuteness (No, “It’s Not Easy Being Green” from Sesame Street was not on the set list).

After an adventurous set from opener Margo Price (a highlight of which was a brazen rip through Loretta Lynn’s “Rated X”), Bird opened his set with the new “Capsized.” The nights only nod to goofiness came with a frolicsome reading of “A Nervous Tic of the Head to the Left” which had him constantly demonstrating said condition. It was a touch of humor which amused the packed house but that was beside the point. The song “Are You Serious” seemed to lightly slap those jokey bits in place.

If Bird stopped the goofiness (No, he did not take off a shoe to show the world his cool rainbow socks as he has in the past) he replaced it with an element of elegant grandeur. Fronting a three piece band (Alan Hampton on bass, Ted Moore on drums, and Blake Mills on guitar) and with  uncharacteristic dramatic lighting, this concert was rigged to overwhelm the senses. “Effigy” and the chestnut “Heretics” soared while the new “Truth Lies Low,” “Puma,” and “Roma Fade” benefited from this setting.

Hearing Bird is always a delight but watching him perform is to witness pure, unadulterated joy. Still wiry, nerdy, handsome, and skinny though he won’t break out any killer steps, he inspires a certain childlike giddiness that is hard to pinpoint. Waving his  bow like an oversized magic wand and strumming his violin like a Stratocaster he manages to make all that sweet goofiness hypnotic. Flinging his head to the music like a six year old caught in a tantrum or dancing/sliding to the groove (he stayed in a four foot center stage space surrounded by two microphones and stands, a xylophone, and guitar stands), he displayed a wiggly slickness.

“Left Handed Kisses,” a duet with Price came with plenty of good natured twang, but “3 White Horses,” “Plasticities,” and the new “Valleys of the Young” were aimed at the heavens. The kicker was a re-investigation of “Pulaski At Night” which has found new life as a video in support of Everytown,  an anti-gun initiative. It says a great deal about how the performance went over being that before Bird came onstage several mothers who had lost sons to gun violence came on and spoke. “Pulaski At Night” became not only wistful and nostalgic but the nights big heartbreaker.

Bird closed his set proper with a chiming, haunted reading of “Scythian Empires,” but the encore was particularly light hearted. With Mills and Hampton surrounding him, Bird rattled through a ramshackle version of “Give It Away” followed by a careful reading of Neil Young’s “Harvest.” The nights close came with a patient and otherworldly take on “The New St. Jude” and “Fake Palindrones.”

For photos from the Millennium Park performance, click here

encore
Give It Away
Harvest
The New St. Jude
Fake Palindrones