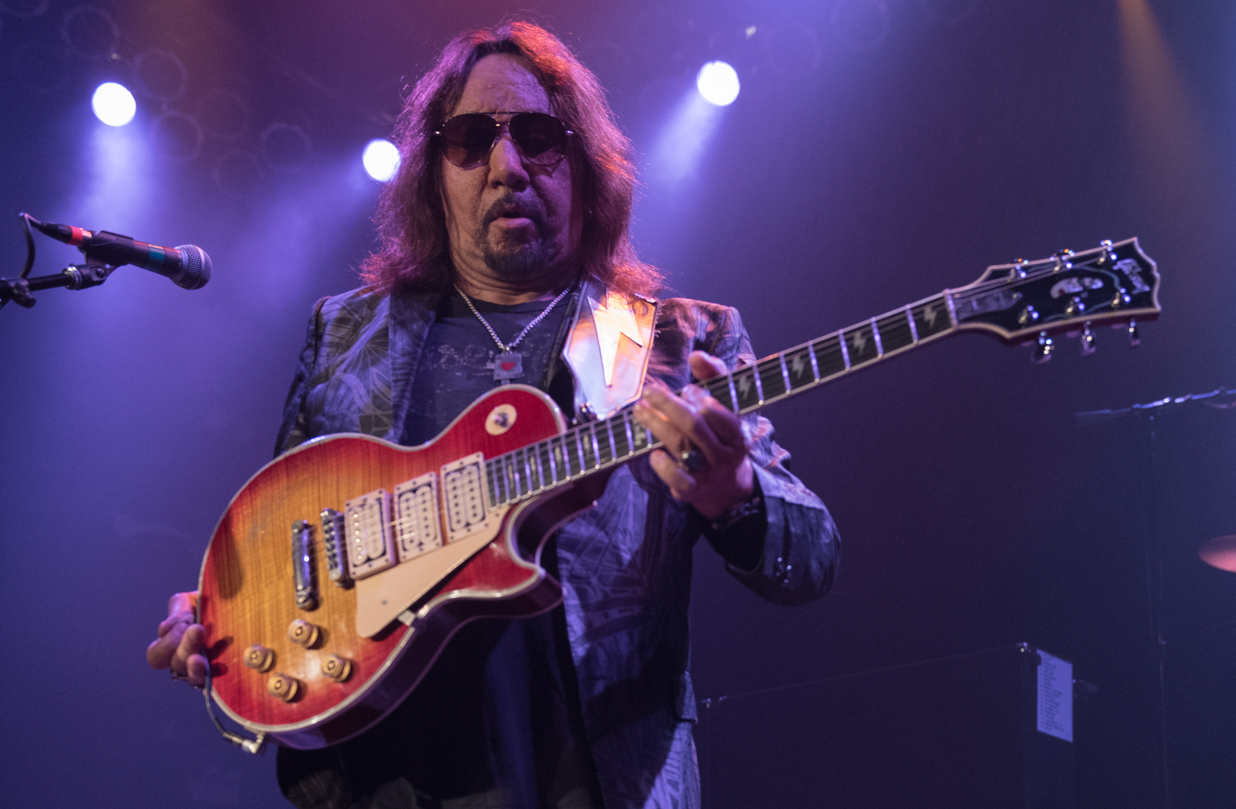 Ace Frehley’s rock’n roll spaceship touched down at House of Blues on Friday to a near-capacity crowd of rock fans ready for a rocket ride with the legendary guitarist.

Barely pausing from the tour for 2014’s Space Invader, the Space Ace is back on the road with his stunning four-piece band in support of Origins, Vol. 1, an all-star collection of rock covers that fit comfortably in the rest of Frehley’s canon. While cover albums often run hot/cold even from the most accomplished of artists, Origins works well and gives a unique look at some of the tracks that have clearly influenced Frehley over the years. Forays into Zeppelin’s “Bring It On Home” and Thin Lizzy’s “Emerald” felt fresh and edgy on the live stage, thanks in part to the vocal talents of drummer/singer Scott Coogan and stalwart guitarist Ritchie Scarlet, who has been at Frehley’s side almost without interruption since Frehley departed KISS in the early 1980s.

And, wow—that band. From the time he walks on stage to the time he leaves it, Frehley is always there to have a good time as well as melt faces, and his band is as good as any combo currently on tour, providing the kind of punch on KISS’ cuts like “Deuce,” “Parasite,” and “Love Gun” that harkens back to the energy of 1975’s Alive. Coogan, a Chicago native, is a juggernaut drummer that most rock bands would kill for, and when bassist/multi-instrumentalist Chris Wyse took the lead for Hotter Than Hell’s “Strange Ways,” it became clear that he was far more than ‘just’ a bass player. And of course, there’s Scarlet, a road warrior from the heyday of hard rock as we now know it, handling lead vocals on “2 Young 2 Die” and generally keeping the crowd amped up with his flashy style.

Of course, there were guitar solos to go around, and Frehley’s signature licks were in abundance, alongside numerous cuts from his classic 1978 solo album: opener “Rip It Out,” “Snow Blind,” and surprise hit “New York Groove” brought the house down, and “Shock Me,” Frehley’s signature anthem, was what everyone waited for all night. Whether you’re a KISS fan or not, Ace Frehley is a living legend, one of the most influential guitarists of all time, and seeing him live should be high on the list of anyone who loves and appreciates rock n’ roll of any era.

For more info on Ace Frehley including the current tour, click here

For photos from the House of Blues Chicago show, click here

For a video of Ace Frehley live at the House of Blues, click here

Rip It Out
Toys

Bring It On Home (Led Zeppelin)