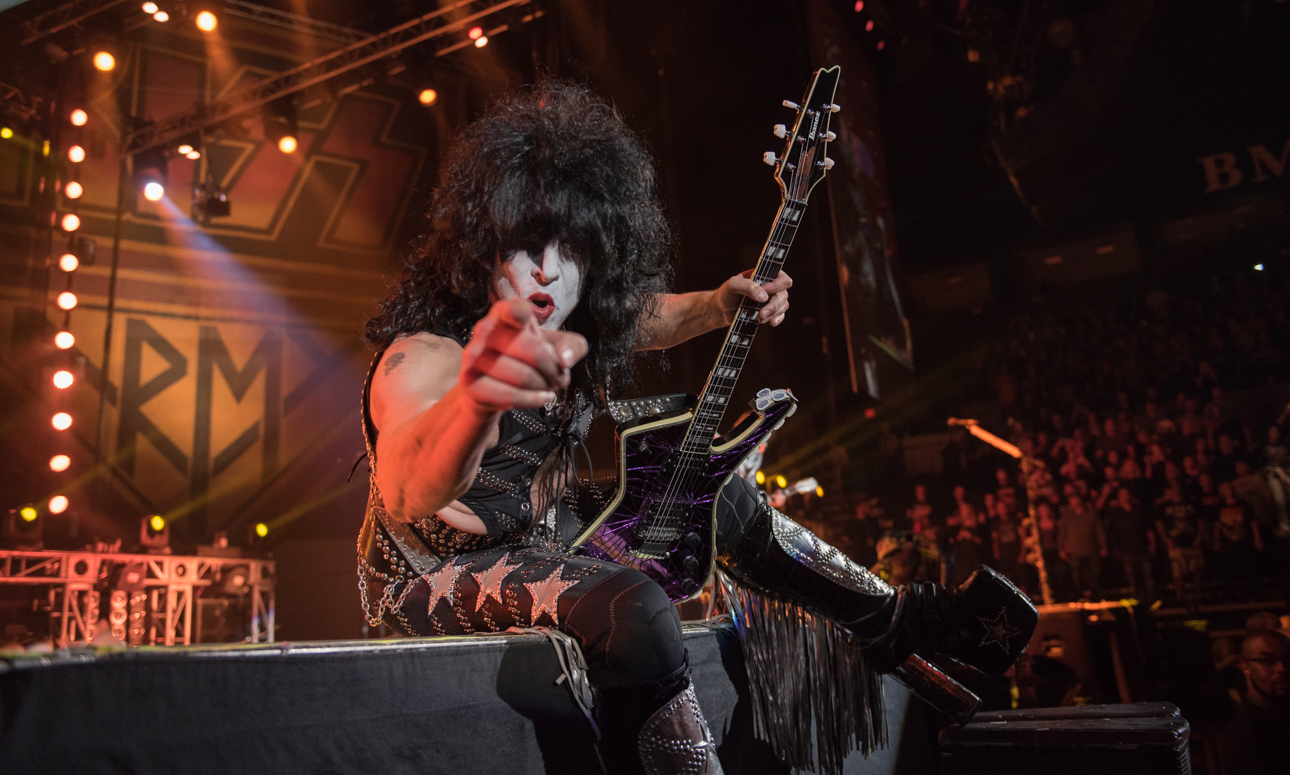 The Midwest has always been good to its rock n’ roll bands. Since the dawn of rock anthems, big hair, and pyro, Midwestern cities have been kind hosts to the unapologetic rock show, and Rockford was in the spotlight on Saturday when KISS brought the “Freedom to Rock” tour to the BMO Harris Center.

Opening with “Detroit Rock City” and blazing (literally) through ninety minutes of classics, the band reminded everyone in attendance why they can still command an arena. The smaller-than-usual venue made the band’s gigantic presence feel even more in your face, and harkened back—at least in some small way—to how it must have felt when Gene Simmons’ demon boots trod all over the midsized stages of America in the mid-70s as the band ascended to power.

After over forty years, KISS doesn’t necessarily need new tricks up its sleeve – it just needs to deliver the ones people want to see, and deliver they did. Simmons’ breathed fire during “War Machine” (a criminally-underrated track in the canon from 1983’s Creatures of the Night) and spat blood before ascending to the rafters for “God of Thunder.” Paul Stanley, the consummate showman, rode a trapeze to the center of the arena for a laser-driven “Love Gun” and generally kept the entire place on its feet. Guitarist Tommy Thayer sported a rocket-shooting guitar and delivered one of the band’s most-beloved tunes, the Ace Frehley-penned “Shock Me” (which admittedly felt a bit strange to fans who are rooted in the band’s early years), and drummer Eric Singer delivered the lead vocal on “Beth,” which sported a full-band 12-string acoustic arrangement — it was an interesting approach, if somewhat lost in the sea of epic rock songs.

And as it turned out, the band did, in fact, have a few surprises. “Flaming Youth” from 1976’s Destroyer was a welcome shock to the faithful, having been played live only once by the band prior to this tour, and Cheap Trick’s Rick Nielsen—a hometown hero—joined the band for “Rock N Roll All Nite,” bringing the night to an explosive conclusion complete with seemingly endless amounts of confetti, streamers, and fireworks.

Rare for a band like KISS, the night—and tour—had a message as well. On each stop, the band has employed a “Roadie of the Day,” offering veterans the chance to assist with the backstage machinery of the show, and the band has routinely donated $150,000 in each city to help sustain the cause as well. On Saturday, Mayor Larry Morrissey was on hand to deliver a proclamation of “Freedom to Rock” Day as local veterans joined him and the band onstage, followed by a full-band rendition of “The Star-Spangled Banner.”

As veterans of a different sort, KISS has weathered trends and eras as deftly as any band could, and Saturday’s crowd saw fans in every demographic and age group thrilling to the band’s set in equal measure. As Morrissey noted in his proclamation, KISS are indeed one of the most important bands in the history of American music, love them or hate them—and on Saturday, there was nothing but love from both sides of the stage.

For more on KISS, including the current tour, click here