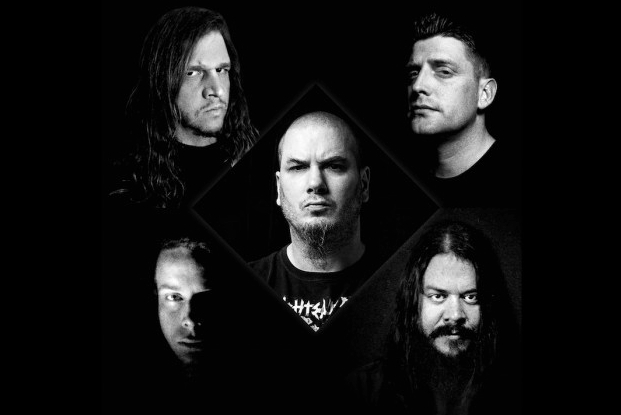 Scour released their first, and self-titled, EP to an eager reception on July 15th shooting straight to the #1 spot on iTunes Top 100 Metal Albums chart the same day. An extreme metal collaboration featuring; Phil Anselmo (Pantera, Superjoint, and Down) on vocals, Derek Engemann (Cattle Decapitation) and Chase Fraser (Decrepit Birth, Animosity, Continuum) on guitars, John Jarvis (Pig Destroyer) on bass, and Jesse Schobel (Strong Intention, Cast the Stone) on drums this release has been anxiously awaited by many fan camps under the metal genre umbrella. Scour brings together an impressive lineup that manages to pique the interests of metal, and extreme music fans running the gamut from groove, sludge, and thrash through deathgrind. Scour refuses to fall neatly under a specific metal sub-genre label and sounds unlike any of the contributory artists’ respective bands. Leaning hard in the direction of black metal, sprinkled through with some thrash and death metal elements, and a concise grindcore run time of 6 tracks in under 14 minutes, this EP delivers a direct, trenchant assault on the listeners’ ear holes and leaves them on their knees gasping for more.

While the dark stylings hit the heart of Phil Anselmo’s known affinity for extreme music, contrary to popular reports Scour is not the brainchild of Anselmo. Though Anselmo did pen the lyrics for this EP, Derek Engemann and Chase Fraser had long been discussing the idea of working together on a side-project. With a stack of material written (on guitar by Engemann) that didn’t quite fit the bill for Cattle Decapitation, Engemann broached the topic with John Jarvis one night while at a bar together where Fraser was also present. Jarvis and Engemann, both having worked together for years with their friend Jesse Schobel, decided to invite Schobel into the band as well. According to Englemann in an interview with Osprey last October, “For the vocals, we pretty much realized right away that Phil would be the man for the job. He recently had done a guest vocal on the new Cattle album [The Anthropocene Extinction]. He did a killer job, and the whole process went really smoothly. So, we sent him some demos, and he was down.”

The first track, “Dispatched” snatches us straight into the fray and swiftly lets us know that our asses are about to be handed to us. Anyone wandering in thinking to hear vocals instantly recognizable as those of Anselmo are promptly greeted with a death growl that raises the hackles and quickly removes any such notions. As the longest track offered here at 2:44 “Dispatched” well whets the appetite in preparation for the remaining 5 fiercely succinct courses to come.

The frenetic pummeling continues on through the next 3 tracks; “Clot” (2:33), “Crooked” (1:57), and “Codes” (2:16), with grinding and tremulous guitar ferociousness, mean blast beats & hard hit drums, and imposing, guttural rumblings. It’s also within these tracks that the familiarized ear starts to pick out that these lead vocals are indeed snarls of “The Kid” himself. With track 5, “Tactics” (1:51) Scour shifts gears with an instrumental that slowly creeps up on you like an unseen but sensed horror in the cold dark of night. The suspense of your impending doom increases along with the furious sound and just as it reaches out and brushes your neck you are abruptly yanked into the call to battle that is “Tear Gas”. The sixth and final track, “Tear Gas” (2:30) brings the climactic devastation completely down upon us with a batteringing fury. It seems that the war was waged and we the listeners lost.. or won… or… wait, what the Hell just happened here? It hurts so good!

As we attempt to gather our wits about us and stumble away from this brutalization we are left in a kind of masochistical wonder. With no word from the group as to whether Scour will return with a full length LP, or if this was a one-off we can only resolve to allow ourselves to be satiated 14 minutes at a time as we drop the needle again, assume our positions, and wistfully hope for news of a festival appearance sometime in the near future.