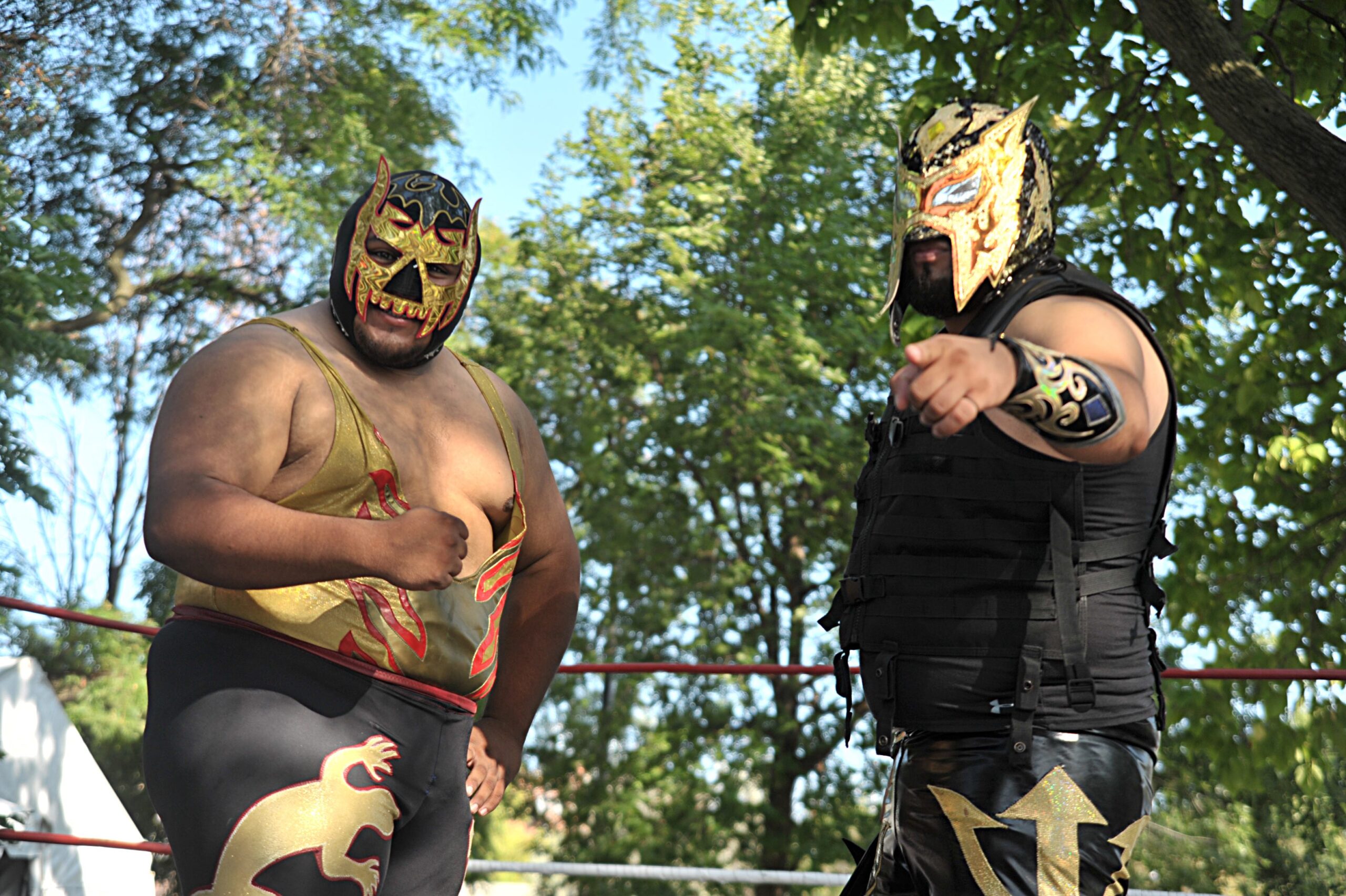 Day 2 of Ruido Fest for me started with a percussive blitz Kerg in the form of punkers Manuals Underground. If their frantic, kinetic, rowdiness caught me by surprise their audience was good and ready and responded by slam dancing with a disturbing jolliness. The all-female band Maye offered a set of low-key acoustic pop that was almost jarring by comparison. Pablo Sotelo’s band Inner Wave offered light and airy psychedelia so lithe that they nearly floated off the stage. En Jambre front man Luis Humberto was so committed in his delivery that he took on the visage of balladeer Johnny Ray. It was hardly what I could expect but the dynamic of Humberto’s passion and his band’s stellar precision had an alluring appeal I can’t say that I’ve heard since David Bowie’s “Heroes.”

From that point the day took a few wild turns. First came a sudden blast of rain, thunder, and wind which lasted for approximately 45 minutes while clearing all that uncomfortable humidity from the atmosphere. Then the legendary Ivy Queen hit the stage with her fiercely upfront sass and wattage. When she was not dancing with members of the audience, she was exhorting everyone to, “Shake what your Mama gave you…( That thought made me cringe when I thought of Silverio’s exit from the stage the previous night).”

Ivy Queen’s set dovetailed beautifully into Moenia’s cool art funk and though the band’s electronica had a frosty sheen, they managed to burn the stage down. Panteon Rocco closed out the night by literally blowing up the fest with their set of Mexican ska executed with the non-stop fury of the eruption of Mount Vesuvius. Between the lights, music, and mayhem, the set was a literal three ring circus of chaos and was the wildest, most fun performance of the festival.