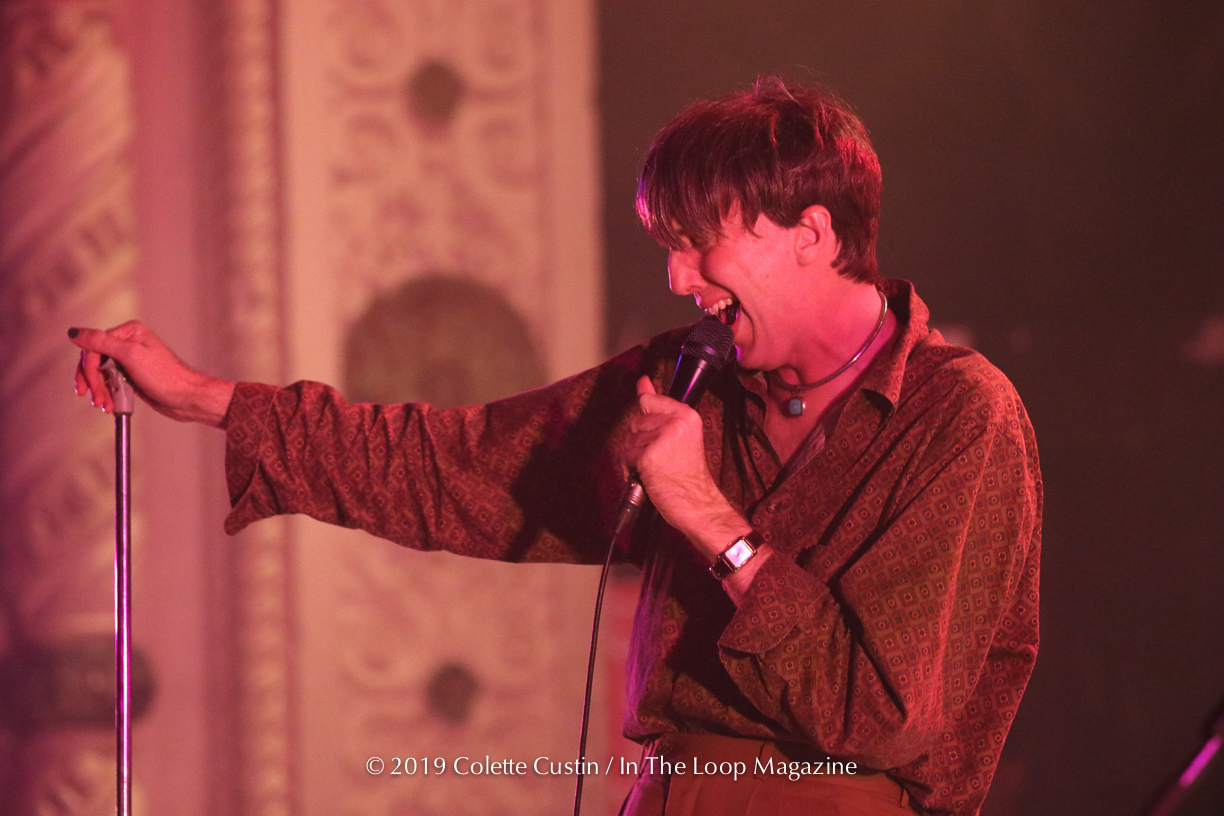 Deerhunter brought their version of shoegazy, indie-garage pop to the Metro on Sunday in support of new album Why Hasn’t Everything Already Disappeared? and their 90-minute set highlighted, in numerous ways, why the band’s particular blend of genres remains one of the most fascinating in all of modern rock.

Let’s just get this out there right off the top: vocalist/guitarist Bradford Cox, a visionary talent in his own right (the band offered numerous original paintings by Cox at the merch table), is criminally underrated as a frontman. There are moments of influence – everyone from Jarvis Cocker to Mick Jagger – but Cox’s style isn’t a straightforward rousing of the crowd, and he didn’t have to. The tender, sparsely arranged “Sailing” became a woozy lullaby, and on the breezy “Desire Lines” and Bowie-esque “Take Care,” the punchy addition of his guitar-playing added some melodic depth.

Deerhunter is not a band that remains true to a specific style for very long, and the quintet has consistently made it a point to vary its approach from album to album. It’s to their credit, in light of that, that their live show is so cohesive; at times, the sequencing of the set felt almost narrative, in a way, especially considering the engaging opening set from drummer Moses Archuleta (more on that in a minute). New single “Death in Midsummer” combined elements of Brit-pop with an almost Wilco-like sense of arrangement, with layers of sound dropping in and out over a consistent, infectious melody, and “What Happens to People” had a bit more teeth live than on record. Contrasted against straightforward, jangly R.E.M.-styled pop like “Agoraphobia” from 2008’s Microcastle, the setlist nailed a unique ebb-and-flow that made every song feel important.

As previously noted, Achuleta opened the night with his ambient, one-man side project, and the decision to have Moon Diagrams as an opener gave the whole show a more cohesive structure that proved far more interesting than just having another band start things off. Selections from his debut album (2017’s Lifetime of Love) vacillated between ominous, layered synth patterns and loops of radio-friendly pop melodies that sounded straight out of an actual transistor radio. Think Angelo Badalamenti’s work on the Twin Peaks soundtrack arranged like ‘90s-style trance, and you’re getting there.

For photos of Deerhunter live at the Metro, click here

What Happens to People?