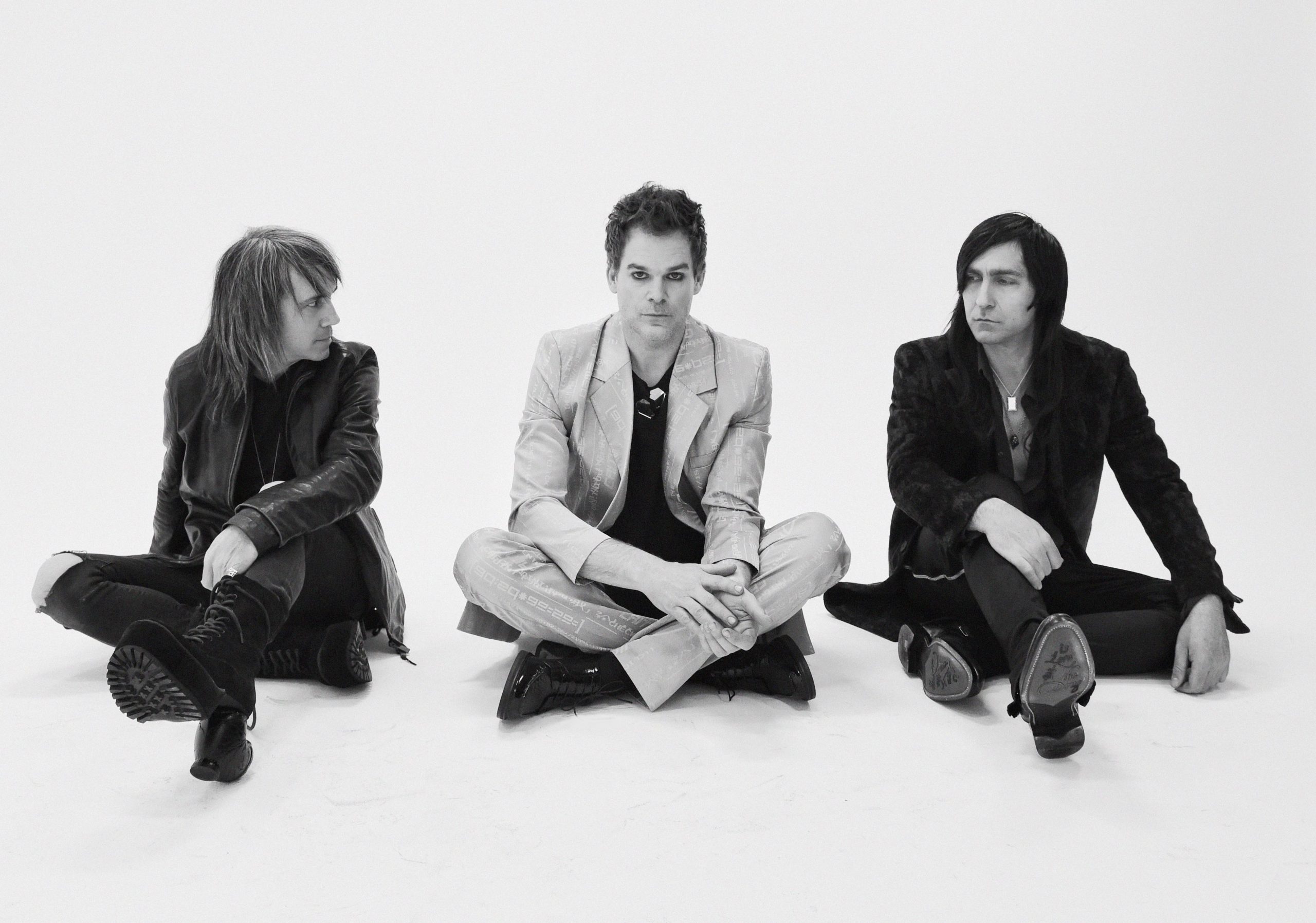 Throughout history, trying times have often led to explosions of creativity in the arts; certainly, we can look at the upheaval of Covid and how lockdowns, quarantines, and a sudden change in social interaction as having been the catalyst for art, music, and writing.

Art-rock trio Princess Goes to the Butterfly Museum is certainly one of the more welcome surprises to come out of this unique, creative time.  An organic, enriching partnership consisting of Actor/musician Michael C. Hall (Dexter, Six Feet Under) drummer Peter Yanowitz, and keyboardist Matt Katz-Bohen, the band sat down with In the Loop’s Christopher David to discuss how their unique working relationship—and their stellar 2021 record Thanks for Coming—came to pass.

(And check out their upcoming show at Metro on July 24th – one of only a few U.S. dates!)

In The Loop (Christopher David):  So tell us how you ended up getting together – how did this come about?

Peter Yanowitz: Well, it all goes back to this show we did together on Broadway called Hedwig and the Angry Inch.  I was the drummer, Michael was one of the Hedwigs, and we met during the show, got the feel of hanging out and being in a fake band together, had fun, stayed friends.  Matt was also a part of that as a sub on the Broadway run, and we did a tour after the show closed on Broadway.  When we came back to New York, Matt and I started making music together, some instrumental stuff, and when Michael heard some of the tracks, he offered to sing on some, write some lyrics on the subway ride down, and that started this beautiful collaboration between the three of us.  We hadn’t even planned on starting a band, but we realized that we had about a dozen songs.  Matt’s daughter gave us that great name, and after a while, we thought, well, we should play a show and share these songs with people.  Everything sort of played catch-up to this energy that just proved bigger than the three of us.

ITL: It sounds very organic, which is always a great thing.  So Thanks for Coming was recorded during the pandemic?  A lot of bands seemed to have taken the lockdown as an opportunity for creating new music.

Michael C. Hall: I think that’s true in our case.  We had plans to go out to the west coast, do some recording, do some shows out there, but that would have been in April, 2020, so that got cancelled.  We regrouped and realized that we had a lot of material and decided to just focus on getting a full-length record together.  I would say probably half the songs were, if not fully realized, close to that, and then the other half that made it on the record were composed over the course of that first bit of the pandemic.  We would share files, I’d sing stuff into my phone—there are even recordings of me singing into my iPhone in my garage that made it on the record.  Then we’d come together in the studio to finalize stuff.  It turned out to be a real lifeline for us during the pandemic, and the lockdown was kind of a catalyst.

ITL: In speaking with other bands, it does seem that everyone was working with what they had during the pandemic.  When you’re forced into a corner, you have to figure out how to make things work.

MCH: The mother of invention.

ITL: Definitely.  Did your writing processes—Michael, from a lyrical perspective, and Matt, from an instrumental perspective—change at all as you solidified your focus into that of a band?

MCH: I don’t think we’ve really changed our approach.  Our approach has been to just allow things to happen as they happen—we don’t have a set way of writing songs or initiating ideas.  When that was going on, that was sort of the magic of the band sort of materializing in spite of our intentions, so we’ve tried to hold on to that and not codify or make our way of working more rigid.  We’ve tried to hold on to the sense of letting go, if that makes sense?

ITL: Awesome to hear that there’s more material coming!  I think a lot of the more interesting bands out there follow some version of that approach.  What would you say some of your individual influences are, as musicians?

Matt Katz-Bohen: There are so many.  The New York City subway system—a lot of maniacal brilliance there.  Everything we’ve heard has probably influenced us in some way.  There are certainly touchstones, but I’m almost hesitant to name names.

MCH: Yeah, the artists or bands people have likened us to usually make sense to us, but we never had a conversation about how we wanted to sound or who wanted to sound like.  We’re all around the same age, and I think we probably came of age around the same time, so there’s a certain era of music that’s embedded in our collective sensibility.  If you say you can hear influences but that we don’t sound like anybody else, I’m inclined to say…good!

ITL: So now that you’re able to tour again, what can fans expect in terms of your live show?

MKB: Complete and total transcendence of your physical body.

MCH: Hopefully, there’s some sense of being taken on a ride that you didn’t quite know you were gonna go on.