Is Lolla-paloozed Out In Chicago? A Top Ten List Of Reasons Why Lollapalooza May Be Slipping From Its Own Top Bill 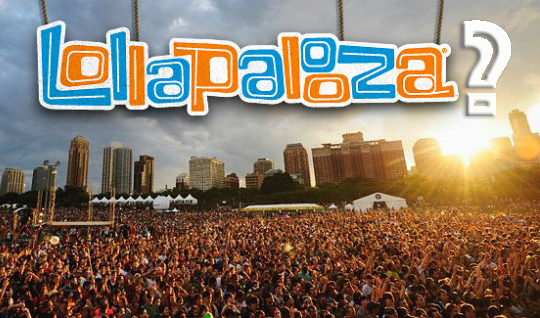 It’s almost that time of year again. The return of the mega music festival, Lollapalooza. Soon Perry Farrell’s vision of unity and music diversity under one circus tent will be taken over by Chicago’s urban and suburban youth. The kids who love taking over the lake front space to party on – and listen to music. But is it what it was? Is that really all it’s about anymore? The writing’s on the wall and that narrative is looking sparse. We all see that Lollapalooza isn’t what it use to be but what can they do to change it?

This year, tickets didn’t sell out within minutes of going on sale. They didn’t sell out even later in the day. As a matter of fact, and maybe this is a first, but as of today (July 17th) they still have tickets for sale. That’s right, just a couple weeks before Lollapalooza kicks off, they emailed out another reminder to buy tickets. Somethings not right.

I’ve seen online chatter, heard talk around town and general conversations among music fans that are so good about Lolla. In many circles it’s looked down upon at as a negative thing to like or be a part of. You’ll often hear things like, “You’re going to Lollapalooza?” or “Not wasting my time with that.” as if it were a bad thing.

So what’s causing this shift? In the past, at least for the majority of the time they’ve made Chicago it’s Midwestern home base, you’d never see such solicitation. We see several things happening that could be leading to the downturn of one of the music industries largest music festivals. Is this decline a stepping stone back like the days of 1997 Lollapalooza?

These are the top ten main reason we see as being negatives for Lollapalooza but sadly, there are even more. We don’t even talk about the weather (rain delays and excessive heat being the top two complaints), theft or security issues.

Don’t get me wrong, I generally think Lollapalooza is a good thing for Chicago. It brings attention to us as being a music city. It provides a means for lots of jobs. It pays a lot of taxes. It provides a “fairly” safe environment for the youth of the region to hang out in. It also gets people turned on to new music they otherwise may have never listen to. Lollapalooza themselves pay a fortune to the city for being there as well as paying to have the grounds cleaned up and beautified when the masses leave.

We need to answer a few questions to really understand what’s happening with this festival. Is Lollapalooza really about the music anymore? Is it worth the value you shell out? Is it even relevant anymore in a time when there are music festivals happening every weekend in Chicago? Are we tired of the same old acts coming back year after year and wadding through brand new up and coming / one hit wonders?

It seems that Lollapalooza will need to do some inner soul searching for upcoming years if they want to get their number and status back up. At this point, we all know it’s about the money. It’s not Perry’s personal project for real music and unique entertainment. Technically, is it even Perry’s event anymore since C3 and others took over? It’s corporations doing what they do best. The indie spirit of this fest left a long time ago. What we’re left with isn’t what the true fans want.

Lolla needs to tighten the belt and rim the fat. Bring in quality talent. Offer a fair price for it. Tame down the numerous days to a more manageable time frame. The two day festivals seem to work best with little fatigue and low burnout. I think this is a good starting point but ultimately it’s up to them if they want to get us back. Is this a hip music festival for the fans or just a money making machine? Time will certainly tell. It’s happened before to the giant. Could it again? A revamp is long over due. Let’s get it right Lollapalooza. With a little change, we’re still here and ready for it. Make it worth our while again.

What are your thoughts on Lollapalooza? Chime in below.

Summertime, and the living is…evil. The Twins Of Evil Tour Bring's Rob Zombie And Marilyn Manson Together Again George Clinton @ Taste of Chicago 2018