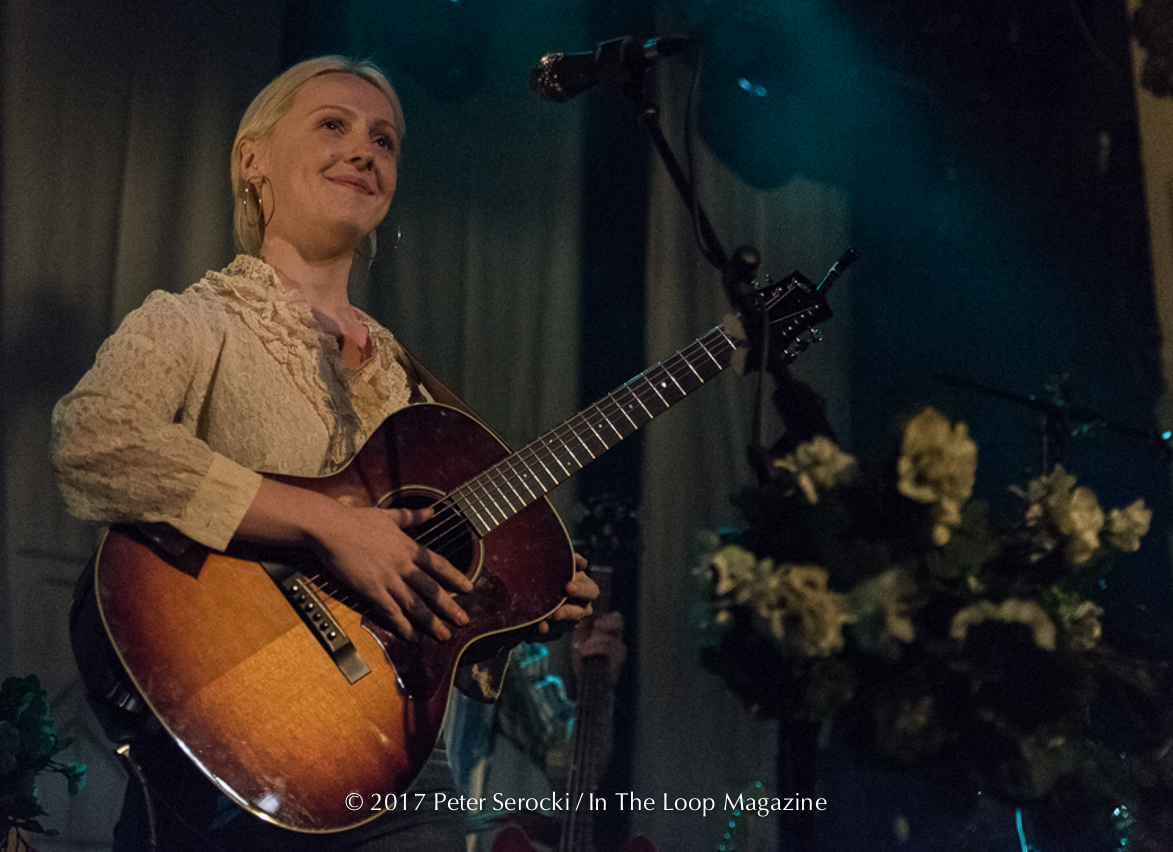 Touring on her sixth studio album “Semper Femina” released earlier this year, Laura Marling is back in Chicago for the second time this year. In January she guest starred on A Prairie Home Companion in Symphony Center Chicago, but it felt like she never left. To the packed room, even with the beloved Cubbies playing right across the street, she played her delicate melodies and sang for her fans.

Marling played cuts from her complete catalog. She and her full backing band played fan favorites, deeper cuts and new songs from Semper Femina. The stage was set very effeminate as blooming flowers could be seen covering mic stands and edges. The lighting was soft and warm. The total visual experience very inviting, majestic and feminine but strong just like Marling herself.

It was shoulder to shoulder at the Metro that night but I don’t think anybody minded a little discomfort. I do hope she’s going to be back soon. If so, better not miss it, I know I won’t.

Setlist for Laura Marling live in Chicago at Metro May 7, 2017