Interview: Miki Berenyi Of Lush Talks The Reunion, New Material and Their Sound 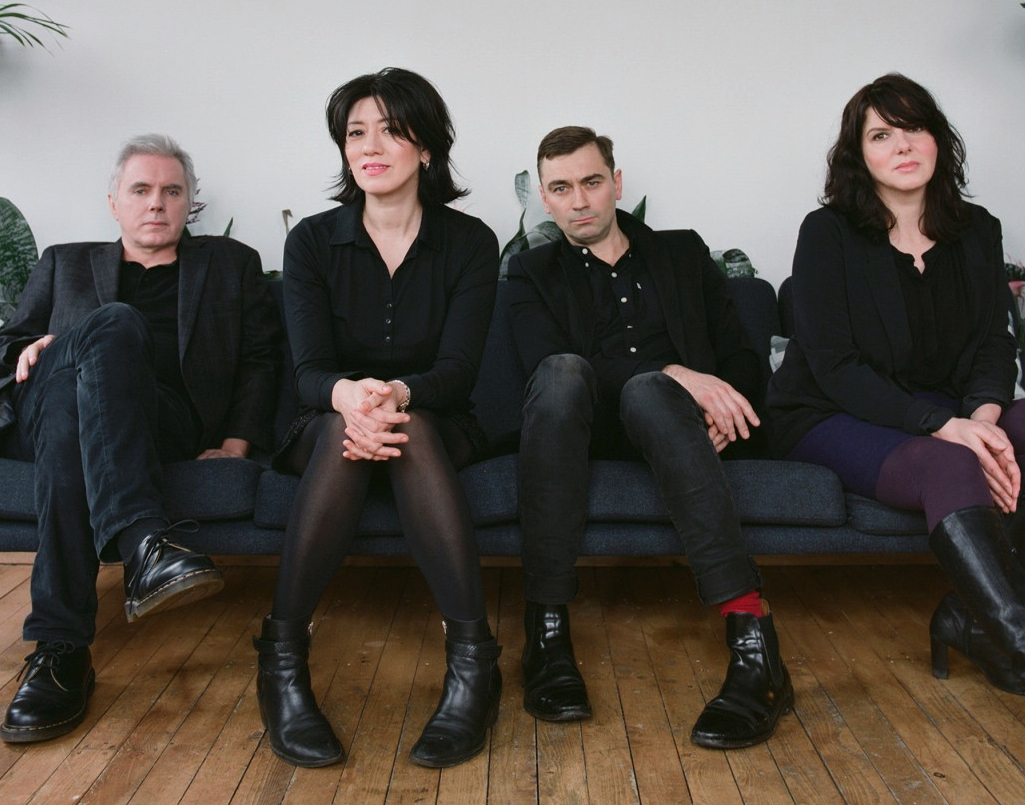 In The Loop Magazine’s, Christopher David, got a chance to talk with Miki Berenyi (singer/guitarist) of Lush this week and they discussed many things going on in the Lush camp. They discussed the recent reunion, the current tour and the bands unmistakable sound. Rising as a leader in the Shoegazing scene in the late 80’s, they produced some of the most iconic BritPop and Etherial music of a generation.

The band, Miki Berenyi, Emma Anderson, Phil King, are currently back together and with the assistance of Justin Welch filling in on drums, out on tour for the first time in 16 years. Just in time as next year, 2017, will mark the bands 30th anniversary. Here’s to hoping we get something special for that milestone. In the meantime, we get one of the Gen Xers most Iconic british bands live and in our lives again.

Christopher David (ITLM): So how did the Lush reunion come about?

Miki Berenyi: That’s a tricky one to answer, as there were quite a lot of contributing factors. The idea of a reunion did come up probably about a decade ago, but I’ll be honest, I was probably the most reluctant at that point. My children were still quite small and I didn’t have any real urgent need to get back into it. But I’d talked to people like Rachel from Slowdive, and she’d said how great it was for them, and how they’d had such a great time. I’m not really on social media, but Emma and Phil floated the idea and said that there was a lot of interest out there, which actually really surprised me.

Also, I thought you know, if I’m going to do this, I’d better just bloody do it now, or I’m going to be too old! *laughs* And even now, you know, I was thinking, I haven’t played in twenty years, what’s it going to be like? But also, Emma had met Jim (Abbiss) and Danny (Hunt, of Ladytron), who had expressed interest in making the Blind Spot EP.   Suddenly all this stuff just felt like a proper team, and it was just a really nice, positive feeling. So I thought, actually, I’m being the sticky wicket here, and it’s a great opportunity.

ITLM: It’s interesting that you mention your being surprised about the renewed interest, because I’ve talked to some bands from the same general era, and I’ve gotten that same reaction, that they just didn’t realize the fan base that was still there and clamoring for this. And your name always came up in those ‘wish list’ circles when it came to bands people wanted to see back together.

MB: You know, I think it’s because—at least certainly for me—my life has changed completely, I have a job, a family, so to actually get this up and running takes a lot of work. If you’re someone who’s been out there, and you’re still gigging, it’s just not that big a deal as you’re already in that world. But when you have to get this whole thing cranked up, you have to feel like there’s really interest there. I don’t want to spend six months re-learning all the songs just to play in some fucking pub somewhere! *laughs*

ITLM: So the Blind Spot EP was sort of what locked you into doing this, the prospect of new material and being a functioning band again?

MB: Well, to be mercenary, it’s about the live show. That’s where you really make any kind of money as a band, but Emma, in particular, enjoys the studio process more than playing live. So because she’d already hooked up with Danny and he was interested in producing it, she was already one step in with that. And I was like, well, that’s great, and I want to be involved, so if I can write the lyrics, that was it.

ITLM: I can see how that would make something like this the undertaking that it is, particularly when you’re a band with a history that’s also comprised of people who do very specific things within that context, whether it’s the music, the lyrics, whatever. You have a confluence of elements that allows it work.

MB: Exactly, and it came together quite organically, so fortunately we didn’t have to ‘mastermind’ the whole thing.   I’ve been asked why I didn’t pursue a solo career or anything like that, and frankly, I just don’t have that kind of motivation, I’d rather go along with other people. So having that sort of team makes it a lot more fun.

ITLM: And of course, in addition to Blind Spot, there’s Chorus, the giant CD boxed set that came out last Christmas (Origami, the vinyl counterpart, came out in April).   What was it like to help curate that and see your body of work from that perspective?

MB: It was quite a lot of work! Obviously, 4AD thought that if we were going to reform, it was a great opportunity to put this boxed set together. So there was listening to all the stuff, different versions, B-sides, radio edits. I was actually quite surprised, because I thought, “really? A boxed set?” You know, you see like, a Pixies boxed set, and you think, well, yeah, they have a ton of material. But there’s some bands where you see it, and you think, “um, do they have enough for a boxed set?” So if they can do it, we can, though it led to quite the busy year!

ITLM: You really have managed to do a lot in a short amount of time! How did you go about then putting a setlist together for the tour, having just reviewed your whole career, revisiting the material, and fielding the fans who, of course, want to hear certain songs?

MB: There are certain limits, even back when we were touring. Depending on the album, we’d be doing a lot from that, and there were certain things that didn’t really work or were really difficult, like “When I Die” or “Last Night.” There was quite a bit of stuff that we’d either never played live or were just too difficult. And, there were certain things that people just didn’t want to play. For example, Emma said, “can we please just not fucking play ‘Single Girl’?” And I agreed that I felt a bit dumb at this point singing that as well.   With Justin (Welch, formerly the drummer of Elastica) in the band now, too, you want to make sure that everyone’s enjoying themselves. We tried a whole bunch of stuff, and mainly just locked in on the ones that felt good.

ITLM: You mention feeling silly about playing a song like “Single Girl” at this point in your career. In a broader context, has your perspective on your work changed over time? Are there certain things you like now more than you did then, or vice versa, in terms of how you relate to what you’ve done, these years on?

MB: Yeah, probably a bit. I always thought that Lovelife (1996) was a bit of an anomaly. To be honest, it was really after Britpop, Britpop had hit already, and it followed the initial explosion. And it always felt like, on your side of the Atlantic, people thought, “oh, that’s when they sold out and went Britpop,” while in Britain, it was like, “oh, that’s when they went really poppy.” But I always felt like the music hadn’t actually changed much from the tracks that were on the earlier records. Something like “Hypocrite” is a pretty straightforward punky-pop song, but it just happened to be on Split (1994). “Single Girl” was originally written as a B-side, but because of the time in which it came about, it got picked up as a single. I don’t think that six years before that anyone would have suggested that “Single Girl” be the bloody single! It was a product of the time, I think.

ITLM: In that context, I can hear songs like “Hypocrite” or “Blackout” being products of their time as well, of the production that gave it that ethereal sound that sort of defined those earlier records.

MB: Absolutely, it was the emphasis that was different more than the music itself, I think.

ITLM: Well, as a long-time fan, I have to say how happy I am to have you back.

MB: Brilliant! Though you’re showing your age there a bit. *laughs*

For more on Lush, the current tour and new music, click here

For photos from The Vic show, click back here soon

2 thoughts on “Interview: Miki Berenyi Of Lush Talks The Reunion, New Material and Their Sound”