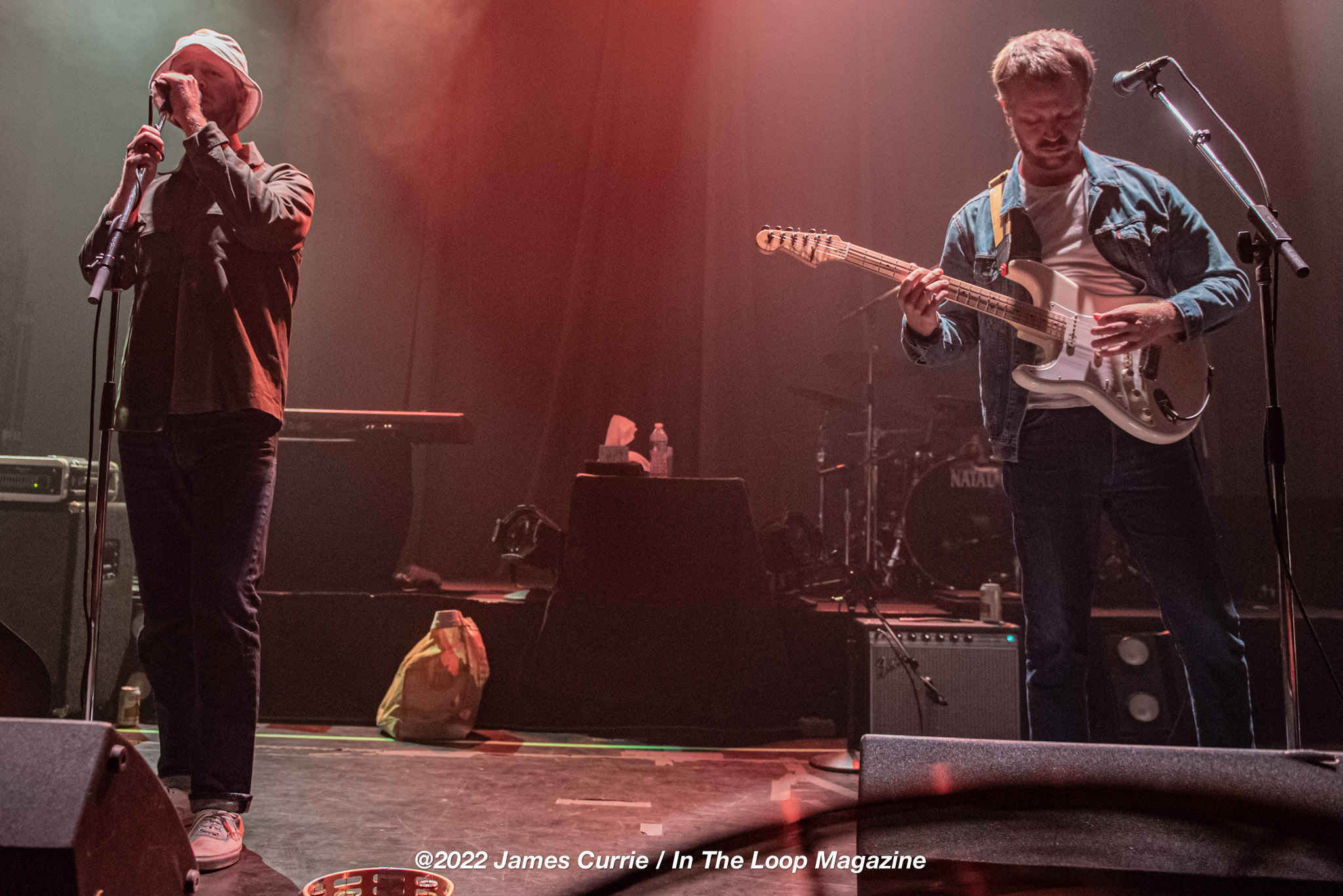 Last night, Indie Southern California group Cayucas played at The Vic Theatre in Chicago in support of legendary English Post Punk, Darkwave group, Echo and the Bunnymen. This may not be the first time the band played Chi-town, but it is the first at this venue and seemingly their largest audience of the midwest.

Lead by twin brothers Ben and Zach Yudin, the group brought their west coast, summertime chill sound to a sold out show and gained new fans along the way. I liken their sound to a laid back, modern day Beach Boys meets early Beck with a hint of Peter, Bjorn and John.

Prior to the show start, I spoke with Caitlin Jensen about what brought her out to the show. She said, “I have been waiting to see Echo and the Bunnymen for years. My sister was a fan from wayback and got me hooked. She’s here as well.” Jensen went on to say, “I don’t know the opening band at all. Sorry to say I’ve never heard of them but always open to discovering new music.” I described the bands sound and she was all in. While Cayucas played, I caught her, and her sister, bopping around to their sound as they were right up front for the show.

The Yudin brothers have a backing band with them on this tour. They are joined by a drummer and multi-instrumentalist playing guitar, bass and keyboards. This is the first tour with a major band from the UK in the bands decade long history. In a recent live review of the band on tour, Zach said that they were on the Echo and the Bunnymen tour because the band really liked their song, “Yeah Yeah Yeah”. So much so that Echo asked that it be played live each night of the tour.

The dimly lit stage was set, volume equally low, and Cayucas played through 8 songs. They performed tracks off their first studio album, ‘Bigfoot’ through the most recent single release, “Sayulita”. They started with 2020’s “California Girl”. A very Beach Boys sounding song with their catchy call and response chorus. This was followed by “Topo Ride The Wave”. A upbeat 2022 single with poppy drum beat and commercial hit value. The most current single, “Sayulita” was next. This track is the pure surf pop, an alt radio ready hit that is sure to catch on. The next song, “Yeah, Yeah, Yeah” is not only Echo and the Bunnymen’s favorite, but a crowd pleaser as well as when they started playing it, the front row cheered and sang along with it. An instant classic that seemingly forces listeners to clap, whistle and sing along with it. “Jessica WJ” off 2019’s ‘Real Life’ album was next. This is another sing along that has such a pop catchy hook, you can’t help but clap along with it.

“A Summer Thing” and “High School Lover” off 2013’s ‘Bigfoot’ were next. ‘HSL’ is the track to got me hooked on Cayucas back in 2013. I still can’t get it out of my head. It’s become one of my all time favorite songs. The bass line, catchy hook and smart lyrics reminds me of early Beck. I can totally see that song as a missing bonus track off ‘Midnight Vultures’. They ended the night with “Summer Moon”. An aptly titled song of 2020’s ‘Blue Summer’ album, that brings us all back with its ‘sun going down below the waves, lets put out the fire and go home’ feel.

When it was all over, I saw Caitlin Jensen again and asked what she thought. She had tears in her eyes and said, “That last song was so beautiful.” I said, “So you liked them?” Jensen replied, “YES! And what’s really funny is I actually knew a couple of those songs and didn’t know it was them!”