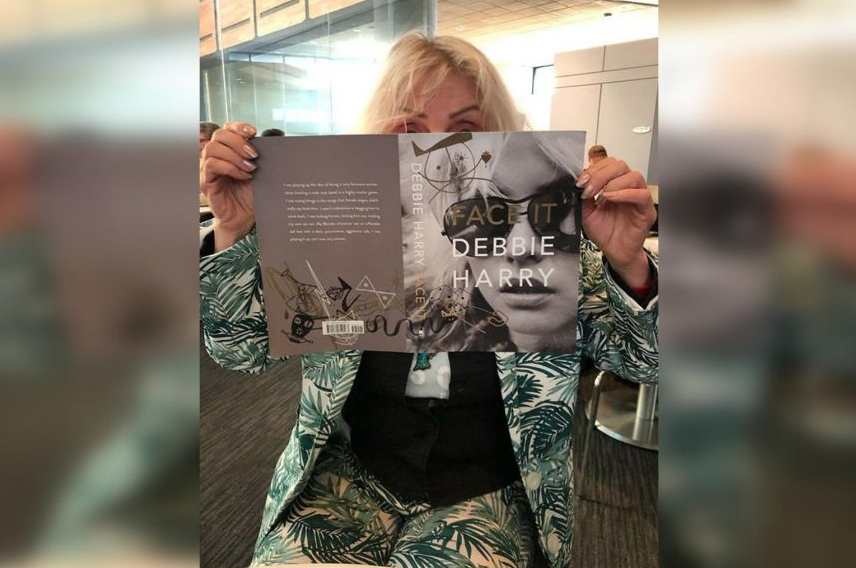 “Hope I die before I get old…,” Pete Townsend from “My Generation.”

So sang a sparkly eyed, rose cheeked, barely legal looking Roger Daltry over fifty-five years ago when the concept of youth as an end in itself was still a ridiculous myth . Only in pop culture could the romance of an early death elevate an artist to iconic status (Jimi, Janis, James Dean, Jim) while giving the deceased an out for embarrassing themselves later in life (think of Sid Vicious, Elvis Presley, and Michael Jackson.). Really the best avenue toward pop mortality, though not nearly as romantic, is to grow old while living well. Apart from the lifetime achievement Grammys, the guest host spot on those extended Time/Life music compilation commercials, and those stately gigs at outdoor toney venues like Ravinia, the best perk is the cash to be had from all those tell all autobiographies. Better still for the reader are the memoirs that not only reveal the author and document a cultural scene from the inside, but challenge the reader’s perspective on what they thought they knew. Thankfully we’ve gotten a slew of great books from almost every area of rock and roll in the last decade (I can recommend books by Grace Jones, Patti Smith, Bettye LaVette, Meatloaf, Tony Orlando, Bob Mould, Tom Jones, Pauline Black, Pat Banatar, Alice Cooper and Quincy Jones off the top of my head.) and icon (Blondie front woman, fashion plate, jazz vocalist,  movie star, and celebrity goddess) Debbie Harry’s telling of her story, Face It is one of the best.

Face It is pretty much a creamy delightful, not only because Harry, who has always come across as approachable and warm despite her image seems to be so comfortable in her skin and with her past. The book is like sitting down with her over an endless Sunday afternoon for a latte, high end cheesecake, and frank conversation in the living room and chilling out. She also shies away from pretense, even when discussing the deliberate design of her image (“I was playing up the idea of being a very feminine woman while fronting a male rock band in a highly macho game. I was saying things in the songs that female singers really didn’t say back then. I wasn’t submissive or begging him to come back, i was kicking his ass, kicking him out, kicking my own ass too. My Blondie character was an inflatable doll but with a dark, provocative aggressive side.”) and the book grants her an objectivity that is refreshing. On top of all that of course is the story: how a tomboy from Florida ended up fronting one of the most successful punk/new wave bands to emerge in an already crowded scene, achieve world dominance, become the face of an era, move elegantly through the arenas of high art while conquering pop culture , and then watch the whole thing crumble in a swirl of bad health, inter-band animus, fraud, drugs, bad management, bankruptcy, and law suits.

Even if you know the story like I did (I’ve been hot for Blondie since my teens) her version of the most minute details give it a pungent heft. But that’s not all… Harry makes it clear that Blondie was not merely her back up band but the product of a collaboration with Chris Stein (her lover and lead guitarist), her bandmates (Clem Burke, Jimmy Destri, Gary Valentine, Nigel Harrison), producer Mike Chapman, and her own restless attitude toward experimentation and investigating new mediums. This explains the band’s ability to straddle seemingly opposing musical genres like pop (“The Tide is High,” “Sunday Girl,” “Maria”), straight up punk (“Rip Her to Shreds”), subversive hard rock (“One Way or Another,” “I’m Not Living in the Real World”), disco (“Heart of Glass,” “Call Me.” “Atomic”), rap (“Rapture”), art rock (“Auto American,” “Union City Blue,” “Shayla”) without sounding at odds with themselves or being accused of selling out.

This also explains Harry’s film career, turning up in wildly diverse films (Hairspray, Videodrome, Forever Lulu, Elegy) and television roles (as guest host of The Muppet Show as well as Sabina The Teenage Witch and RuPaul’s Drag Race) all the while shrewdly manipulating a media image that seemed to make her omnipotent at the time (covers on Rolling Stone and Interview Magazines as well as that solo album cover depicting her face skewered with king sized acupuncture needles) without overkill. Madonna may have finessed the art of media manipulation later on, but it’s undeniable that she has an aroma of cynicism and arrogance while Harry’s efforts do not (it was a different era to be sure). You have to marvel at the stellar cameo cast that pops up in Face It as well; H.R. Giger, John Waters, Shep Gordon, Phil Spector, Fab Five Freddy, Iggy Pop, Gloria Vanderbilt, Andy Warhol, Divine, David Bowie, Grandmaster Flash, The Ramones, David Cronenberg, and Jean Michael Basquiat to name but a few) but the one delight that really made me swoon is her memories of hallowed punk/wave bars Max’s Kansas City and CBGB’s. Face It may be an elegantly overstuffed memoir (the book also features a wealth of well curated fan art) but it could be easily viewed as a history book that engagingly depicts a period in pop culture that is now viewed as mythic. And yes, it is incredibly entertaining to boot.

Thank heaven for Debbie Harry. Now at the age of 76 she has made it clear that it was not enough to live one of the wildest and most iconic rock and roll existences on the planet, but to author a book that was well worth the wait.