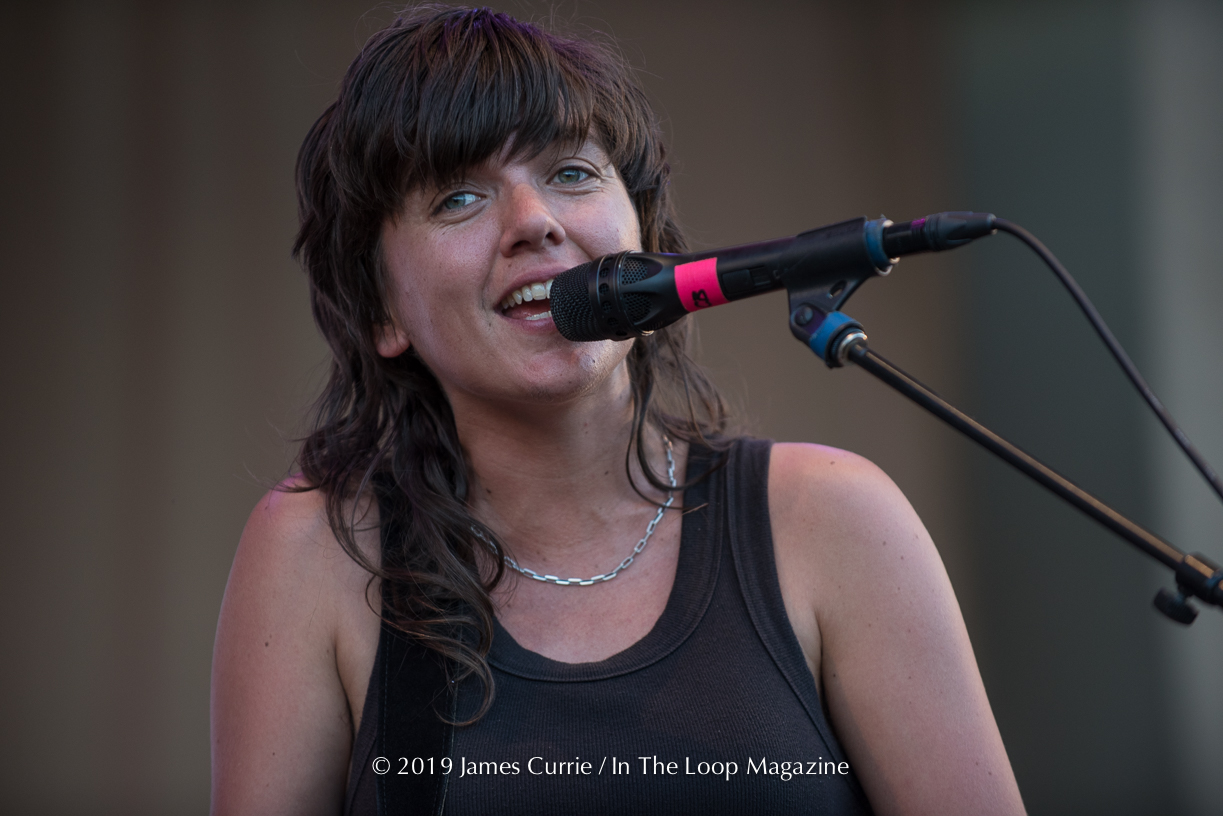 Living in Chicago for the past three years, I am now convinced that the city is a Mecca for music. No other city, I believe, has fostered, nurtured, and attracted music and artists from every genre and background imaginable. Perhaps the greatest thing about Chicago is how welcoming the city itself is to not only major artists, but to legendary indie musicians and rising stars as seen in the profusion of festivals that erupt across the city during the summer providing all these artists with a stage on which to play. One such example happened last week during the West Fest, when Los Campesinos, a largely obscure but well-known band among the indie circuit, headlined the event. In fact, when I reflect further, I can’t help but remember the stacked roster of indie bands that appeared during Octoberfest. There was the psychedelic colossus Kikagaku Moyo, the local Chicago noise rockers, Melkbelly, and most satisfying, King Khan and his psychobilly band. All in all, Chicago is a place where bands like this thrive thanks to these festivals. Nowhere was this facet of Chicago more apparent than yesterday, the first day of Taste of Chicago 2019, on which the popular indie bands Sunflower Bean (New York City) and the great Courtney Barnett (Melbourne) took the Petrillo Music stage in Grant Park.

After soldiering my way through the sweltering heat, I sat in front of the stage and waited for the New York outfit Sunflower Bean to appear. Known for their elegant, psychedelic sound broken up by sharp and forceful punk overtures, the quartet, from what I knew of them up yesterday, had been riding a surge of popularity and played in Chicago several times before. I encountered the band as a consequence of YouTube’s crazy algorithms that would also follow whatever random cat video I was watching with the music video for their song “I Was a Fool”. The song proved to be a charming little indie tune that I quickly tired of after being exposed to it time after time. Aside from the song, I never really bothered to delve further into their music. Nevertheless, I was aware of their reputation  and decided that Taste of Chicago would be a good time to see and hear what they were all about.

Later in the set, Cumming’s really worked over the crowd as she scolded the audience for being lazy and even shouted at everyone to get up out of their seats to jump along to the last two songs of their set. Mind you, this was a Wednesday night after work and was the hottest day of the summer so far nearing 100 degrees. Comically, there was another awkward moment when she announced how great several chili dogs were and when her praise was met with silence, she asked “Wait, aren’t chili dogs a thing in Chicago?” There were several murmurs and half-hearted shouts about how it wasn’t chili dogs but “Chicago dogs” that she meant. Regardless of her faux pas, she turned back to the band and scoffed “Well, I’m having fun!”But whatever dogs she meant and whatever the audience was feeling, Sunflower Bean still played a fantastic set and primed everyone for Courtney Barnett.

Soon after, the sun started going down, the heat dissipated and more people filled the seats before Courtney Barnett and her band approached the stage.  The last time I saw her perform, she was joined by Kurt Vile and their band, the Sea Lice, in support of their collaboration album, Lotta Sea Lice.  This time around, Barnett performed one last stop on the Tell Me How You Really Feel tour with her classic original three piece backing band, CB3, that imbued her music with volcanic power. She opened her set with the wistful track that started it all for her, “Avant Gardnener” than then flowed into “City Looks Pretty”off her latest album Tell Me How You Really Feel, a charging, but conventional rock tune.

The special thing about Barnett’s show was how she deftly switched between moments when she roared across the stage ripping her guitar apart during several songs to moments of subdued introspection. For me, the highlight of her set was “Depreston”, a somber and trenchant meditation on modern life and the shift into the blues-influenced raga of “Are You Looking After Yourself?” During the song she stormed across the stage, strumming her guitar, wrestling it to the ground while the drums and the bass chugged through the song. There were many other standouts in her set such as the “History Eraser” and one of her most popular songs “Pedestrian at Best” which closed her set and ended the night. Throughout the performance, Barnett commanded the stage unlike other Chicago appearances. She seemed more confident and almost rage-tastic as she stomped and jumped around, spitting and making exaggerated facial expressions ranging from moments ecstasy to completely lost.

Unlike with Sunflower Bean, the audience was on their feet for Barnett’s entire set with a good number of people singing along to many of her songs while others up front were dancing to the music. Throughout the set too, Barnett fed off of the audience’s energy, quipping about random things between songs and joking with the audience with her quirky and disarming charm. Altogether, Barnett and her band played a phenomenal show, kicking off the Taste of Chicago festivities and setting a tough act for all of the forthcoming bands to follow. Capably supported by Sunflower Bean, Barnett and her band proved how much they could rock the stage even on a hottest of Chicago nights.

For photos from Sunflower Bean live at Taste of Chicago, click here

For photos from Courtney Barnett live at Taste of Chicago, click here

Setlist: Sunflower Bean live in Chicago at Taste of Chicago 2019

Setlist: Courtney Barnett live in Chicago at Taste of Chicago 2019