House of Wax, Trax That Is, As House of Vans Partners With Wax Trax! Records For Special Event Ahead Of RSD 2019 Release 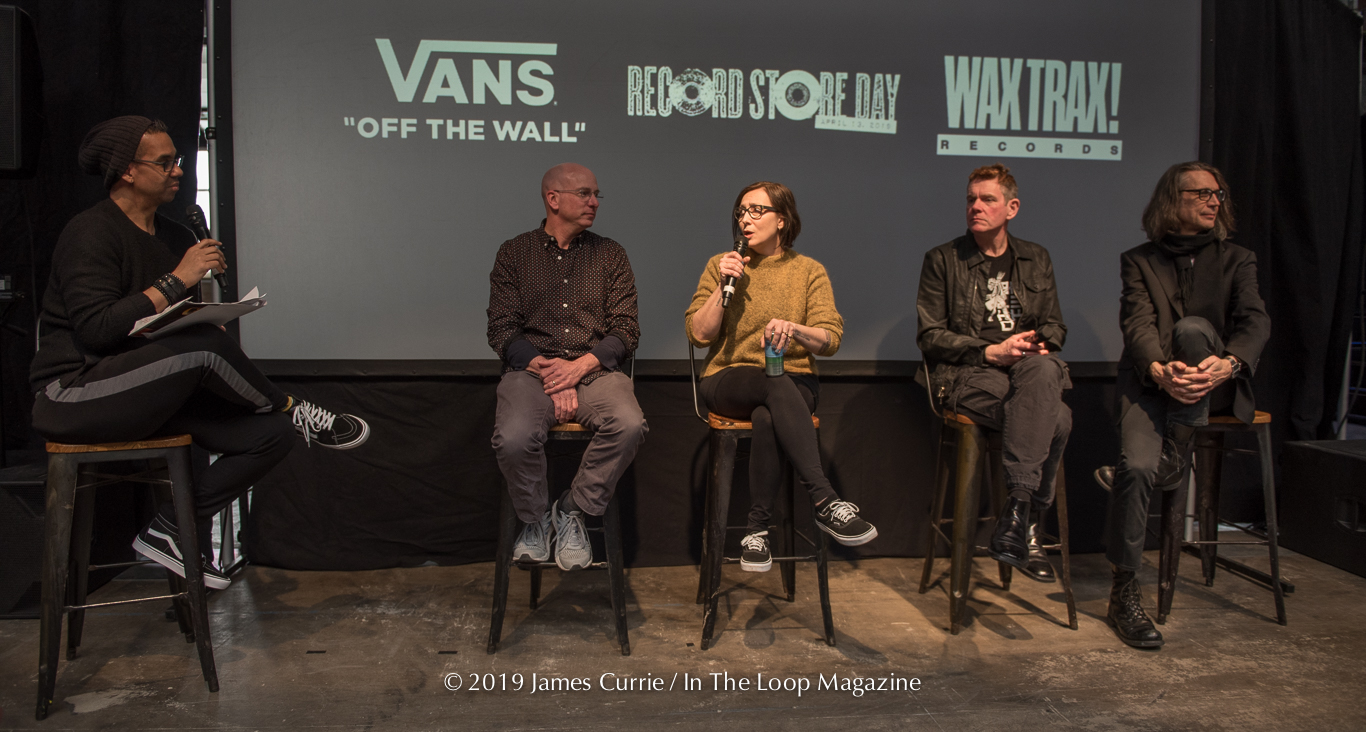 House of Van’s has partnered with Record Store Day and Wax Trax! Records to do a little cross promotion. For the last couple years, Julia Nash and Co. have been promoting, showing, touring and talking about their industrial music documentary that focused on her father’s indie record store and label, Wax Trax! Records. Today, they gathered one more time before the soundtrack finally gets released.

Nash has championed and created, without a doubt, the greatest Chicago industrial music documentary to date. As we’ve learned from previous conversations with her and her cohorts, it took a lot of work to get to this point. A lot of time, tears and tension to get this now fully finished time capsule complete. Starting back in 2010 with the passing of Wax Trax! Records co-owner Dannie Flesher and rediscovering a mother load of Wax Trax memorabilia, she set out to honor her father and his best friends legacy. One that helped define a genre, build a generation of musicians to new heights and honor the music that came from it.

At this slightly stripped down version held at House of Vans Chicago in the West Loop, we find Julia front and center surrounded by a couple familiar faces being moderated by SeriousXM Radio’s Nik Carter in front of a group of journalists. This time there’s no movie showing, no pop up records store, no DJ or band and a lighter than usual group of panelist. The guests this time included Rick Wojcok – owner of Dusty Groove record store in Chicago, Chris Connelly – Ministry, RevCo, Fini Tribe and his partner in many crimes, Paul Barker – Ministry, Lead Into Gold, Revolting Cocks.

Carter asked many of the same questions we’ve heard from these panel discussions before, but that was fine as it was for an XM radio broadcast for a later date. This will be great for those who couldn’t make it to one of the other panel discussions that took place in the past. For me, it was a bit of a refresher. Carter basically touched on things like, how did it all start, how was it made, what was the process of it and who all is involved.

This group seems to work very well together. Especially Nash, Connelly and Barker. Their relationships go back many years. Decades actually. The friendship comes through here with lots of smiles and story telling.

We did learn of a few new things about Industrial Accident’s soundtrack release. The release date will be on Record Store Day 2019, March 13, 2019. There will be a few variations of the soundtrack available for sale, one that includes a massive $140 box set dubbed, “Industrial Accident Box: Vinyl/Blu Ray – Cash Grab Edition” and a standard single vinyl record ($26) that will include 15 tracks of previously unreleased various Wax Trax! Records artists. Wax Trax! has partnered with Record Store Day for a special limited blue pressing. Limited to 2,600, this edition will only be available through your local US record stores exclusively on April 13, 2019. According to the Wax Trax! Records online store, there are also a couple more options. Carter tried to get more details out of Nash, but she played coy and just said, you’ll have to wait and see. From what has been released so far, we do know that My Life With The Thrill Kill Kult, Revolting Cock, Ministry, KMDFM and Front 242 will at least be on it.

The other news we gathered from this is more about the six date tour that will start right here in Chicago at House of Vans on April 13th. Yes this is the record release, but its also another multimedia platform event. During these dates, you get a screening of the movie, hear from another panel discussion doing Q&A and live performances by Ministry and Cold Cave. But wait, this isn’t just a Ministry show. This is going to be one for the books. Al Jourgensen, a Wax Trax juggernaut, will be bringing Ministry out for a very, very, very special set of ONLY Wax Trax era songs. Yeah, you read that right. Ministry doing early to mid 80’s music only. What will they be playing? Will it only be Ministry tracks? Or maybe we’ll get other side project work like something from PTP, Pailhead or RevCo. And then there’s the who factor. Who will be playing in the lineup that is Ministry? Reunions? Fingers crossed, it’s going to be legendary.

We’re still not sure on how all this will play out. I had questions for the panel but the Q&A was cut short after just a couple questions. We still don’t know how you get a ticket to the event. Will it be even be something for sale? A raffle drawing? A lottery system? House of Vans can’t possibly hold all the fans who will turn out for this. There’s going to be some kind of limitation going on. If last years attendance to the Wax Trax! Records pop up store is any indication, this is going to bust the doors off the hinges.

We tried to reach out to Al Jourgensen for comment about this performance, but were met with a statement of, “It’s not our event. We’re just coming in to do a gig. You’ll need to ask the event organizers for more info.” So, it seems they are all keeping this one under wraps. No one wants to spoil the surprise. The only thing we do know for sure about this Ministry appearance is that Paul Barker will not be taking part in it. Nik Carter asked him straight out in the panel discussion, “Will there be a Paul Barker / Ministry reunion?” He asked Barker point blank, “Will you be a part of this gig/tour?” Barker smiled and said, “No, I will not be a part of this.” Everything is fine between us, but things just couldn’t line up.”

Looks like to find out all of the details about this, we’ll just have to wait and see. It’s only a couple weeks away. Keep calm and carry on Chicago.

For photos from this event at House of Vans in Chicago, click here