Despite Rain And Cold, Fans Come From Far And Wide To Weather The Elements To See L.P. In Chicago 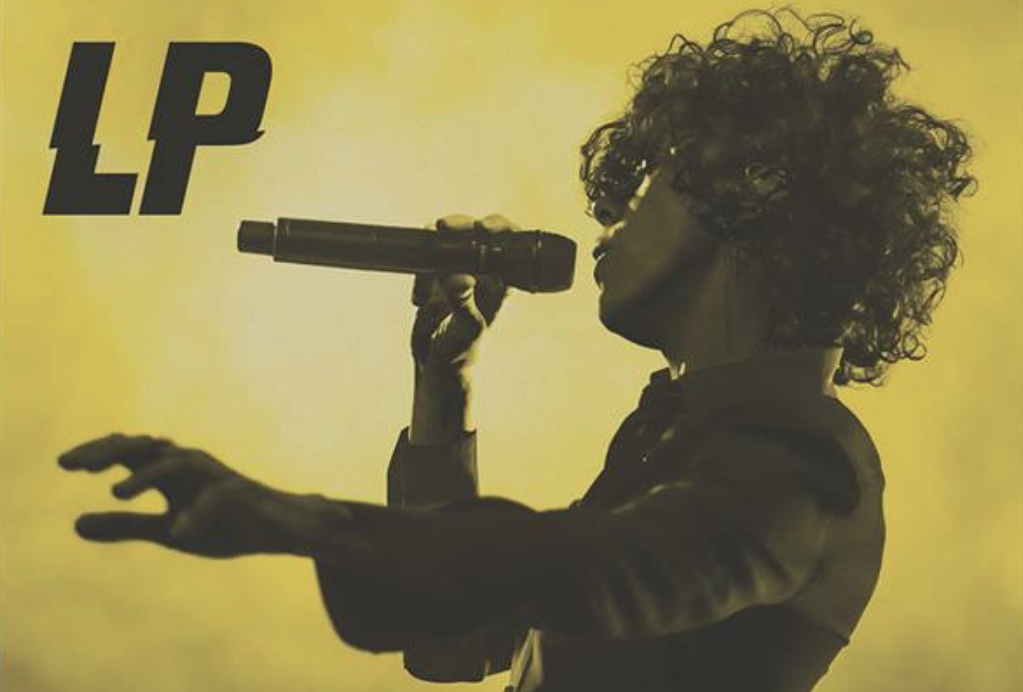 The crowd lined up around the block, huddled in the misty cold drizzle of Wrigleyville. Damp faces shining with anticipation under the twinkling lights of the Metro awning. Patrons bringing food to go to their compatriots in line.

L.P. herself managed to sneak out the side door and zoom past the line of patrons almost undetected. Her classic black leather jacket and skinny jean clad self was recognizable last minute by her halo of dark curls and sunglasses. This audience had traveled from all around the U.S.: flying in from Albuquerque, a 6 hour drive down from Ontario, a train from Buffalo, NY; some to see Kat, a few to see Noah, and of course the majority to see L.P. The wide spectrum of fans had a similar range of awed opinions, before during and after the show. L.P. and Kat Cunning were both kind enough to take pictures and allow for a few words with me after their sets.

One of the fans in line happened to be part of Kat Cunning’s poetry slam club in NYC, before she engaged in singing. “[Kat] is so overtly feminine, …unapologetically so….with uniquely real lyrics.”

Kat Cunning’s concert setup involved a circular, white, textured projection screen; the crowd vibrating with a hushed anticipation. Every line of Kat’s lyrics was delivered with crisp, passionate enunciation and made as much of a statement as her custom white strappy bralette and layered hi-lo tutu.

When Noah came onto the stage, his fans were screaming the lyrics, and you could feel the love in the crowd driving the energy as much as the bass. The continuum of excitement ranged from relaxingly warm lighting for “Hold me Down” to the entirety of the packed Metro Hall singing “Fine” in unison to palpably vibrating with energy as the Hall clapped in unison, synced to one heartbeat. “Take it slow” had vocals with a uniquely crunchy chill vibe that transitioned to a smooth texture, propped with subtle harmonics. His feel good music allowed for ample room in controlled falsetto with excellent musical balance. Noah almost completed his set and humbly walked off to let his band solo for a moment of respectful recognition, and returned to finish the song.

Throughout the night, a myriad of L.P. fans declared their love for her. One of them was Kat Cunning herself, who happened to stand next to me in the balcony; we chatted:

“I appreciate [L.P.’s] work… I’m so glad to be asked to join [L.P. on tour]. My manager said me and L.P. could be a good fit and was right! Now we are off to Detroit. I’m really glad to be paired up with someone so strong and unique. I want to write like her – she’s a wizard with melody – and as a solo performer does more than hold her own. I really try to balance and emphasize in collaboration – especially in social media – people who are alone tend to fail, so [we] need to search out people to become team members…

[My] set came into creation last November, with my 1st single in 2017, [it’s been so fast]. Though performing is not new to me – I’ve been on Broadway and a dancer since 3 years old. I told my dance choreographer I could sing, and NY Times said to please keep singing. [I feel] way more at home [singing than just dancing]. My “wild poppies” video involves all my beautiful dancer friends – what I wanna do at the Grammys, you know?” – Kat Cunning.

Albuquerque traveler – “I’ve been an L.P. fan for years. Her lyrics are brilliant, her range is unbelievable, from alto tenor all the way up to soprano. The melodies for the songs she writes stick with you for days. She [maintains] a great connection and rapport with her audiences.” The fan’s friend replied, “[L.P. has] the most amazing voice I’ve ever heard. I’ve been obsessed with L.P. for a year and a half and saw her at Lincoln Hall. She is SO much better live!” What do you appreciate about L.P. compared to other artists you like? “Everything! Words, melody, instrumentation, song, verse, chorus, meter is perfect. “Lost on you.”” Another fan interjected: “No wonder, no surprise her “Lost on you”  song stayed at the top of Europe’s list, it’s surprising how much less famous she is in the U.S.”

As a recent L.P. fan myself, these comments fanned the flames of excitement further.

Another fan burst forth, “[L.P.] is my woman crush. I’ve loved her for years and bought tickets for all her concerts in Chicago… I have pictures with her. All her lyrics tell a story. [In person], she is beautiful, sweet as can be and came out [to chat] with us. It’s nice when someone is natural….down-to-earth. [I went] to an event which did filming with JPTV, though I never saw the broadcast. I love, love, LOVE “Muddy Waters,” “Lost on you,” and “Tokyo Sunrise.””

Her friend, who was also with her for the JPTV film event said, “but this is way more exciting, really can’t wait to see her!”

One of the photographers covering L.P. was a major fan since the beginning, “in Chicago’s Beat Kitchen, Joe’s, small Chicago places, 7 years ago, with her “Wasted” time period. [I’m an] old time fan.” Why do you think she is so big now if she’s been around for so long and you say she has not changed? “ [She’s] unique, very unique, [and her] good connections with Rihanna and other big artists probably helped her grow, though she was great back in the day. I saw her in Atlanta, Vegas…she wasn’t signed on to a major record label back in the day, probably why it took her longer to make it. People are finally catching on!” “One of the things about her songs is they really stick with you. I got my friend hooked and she can’t stop singing!”

L.P.’s live performance itself was as promised, even more exciting than any online video. Her onyx acoustic guitar and matching signature ukelele delivered that irreplaceable vibe as her strums and “yea yeas” brought the Hall together; it was as if opening the royal blue, white filigree ceiling undoubtedly could bring together the world in the same manner. The crowd rocked back and forth with the beat as the perfect whistling, strongly held high notes, and quivering vibrato delivered waves of joy emanating from the stage, solidified further when L.P. sat on the bass drum, beaming towards the crowd.

Opening with “Strange,” with the audience and palpably holding its breath during “Tokyo Sunrise,” she shook hands with the front row many times over the course of her hour+ long set, stood on the barrier and hugged as many fans as possible, all the while singing with perfect support and tone, an incredible feat as each piece of the set delivered more than the last. “When we’re high,” showcases her remarkable stretches from an E3 to an E♭6. She then continued to create enough excitement for the entirety of the pack Metro Hall to sing in harmony for “Lost on you,” as loud as her on the mic! Her consistently strong vocals pierced through to every receiving soul to guide them along her ultra high grace notes as she supported her own canon, filling in the low “ey eys” contrasted with her high stepping pattern.

Of course, props to the lighting and stage crew for creating a kaleidoscopic effect with dozens of strips of tall mirrors which illuminated L.P.’s hair in an aurora of neon and bathed the audience. How her face showed utmost passion and relaxation, combined with her demeanor, to form an effect akin to hanging out late at night with a group of talented musicians in a giant living room. Her voice emerged from the depths of another world, ethereally graceful, as she moved through the front row several times, receiving tokens and a bouquet of roses from ecstatic fans. The exchange of love was indescribable: between the music, L.P., her guitarist jumping for joy with the beat, the fans – old and new.

After the show, her manager was kind enough to allow me backstage for a hug and hello. Her down to earth nature in her lyrics exuded out of her petite self. Though she started in NYC, she moved to the West Coast, and became “based out of LA. Jobs out there were better to get in contact with other people. Then I was encouraged to write for myself, then had my “Into the Wild” phase. “Lost on You” and “Muddy Waters” were hits, then Vagrant picked me up and I became big in Europe.”

Kamila: So what inspired you to add such unique sounds like the ukulele and whistle?

L.P.: “I basically took two gimmicky things and made them my own.”

As the crowd dispersed into the night, the nearby bar just happened to be playing L.P.’s album, as if the Chicago night air could not get enough of that unique persona, and the rain could not wash away the coalescent power of music.

For more on LP, including current tour and music, click here