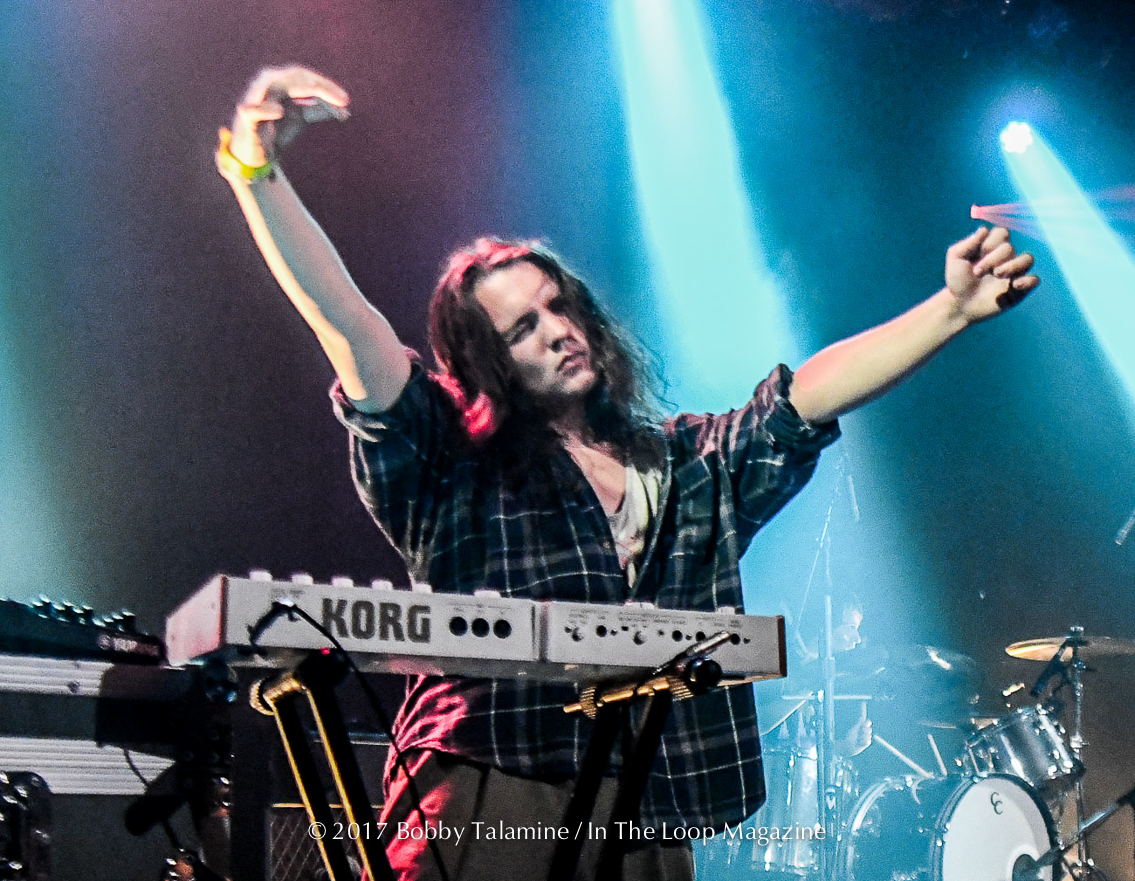 A barnburner of a show- for both White Reaper and Post Animal- lots and lots of bodysurfers, lots and lots of mosh pits- White reaper going as far as stopping 11 songs in- and demanding an all girl mosh pit for one song.

Lots of antics from White Reaper: Having their Tour Manager work double duty handling a floor standing vertical mirror for Guitarist /Vocalist Tony Esposito to watch himself play guitar up close and personal, and also allowing him to show his skills with a Yo Yo towards the end of the set.

If that wasn’t enough, how about the boys from Twin Peaks at the end of the set taking turns jumping from the stage to bodysurf- constantly. A raucous riot of fun and good times- making you wonder if this was actually a Tuesday night, or more like a Saturday night.